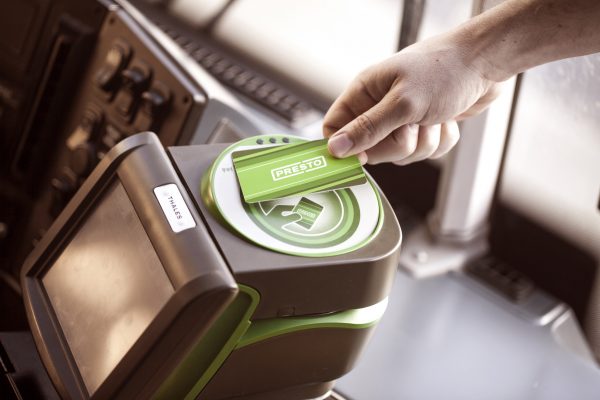 I loath Rogers just as much as the next red-blooded Canadian, and, on certain days, possibly even more. But I have to give the telecom conglomerate, and others like it, credit for figuring out how to promote the idea of bundling all sorts of services and options, plus financial incentives, into an all-in-one offering.

My question is whether there’s something positive to be learned from this particular marketing/pricing strategy that could build on the proliferation of mobility options now available in large urban areas that still struggle to deal with the so-called first mile/last mile problem.

The explosive popularity of Uber has certainly prompted policy-makers to consider the prospect of joining forces with ride-sharing companies as a means of providing more coordinated options in areas not well served by transit.

According to a 2015 article in CityLab, cities like Dallas, Atlanta, Los Angeles, and Minneapolis have established service or payment partnerships with Uber. Late last month, the Toronto Transit Commission accepted a recommendation from CEO Andy Byford to study how the agency (and the City) might pilot an on-demand ride sharing service that conforms with the TTC’s policy of requiring transportation providers to only use accessible vehicles.

Metrolinx in August also put out a report prepared by the University of Toronto’s Mowat Centre calling for more coordination between transit agencies, including Metrolinx, and ride-, car- and bike-sharing organizations, with a proposal that the integration should be delivered to riders via the Presto card.

But should transit agencies be tasked with orchestrating this kind of integration, and, more specifically, marketing it to riders? Given that there’s some promotional savvy involved, I’m not convinced.

Indeed, I’d say there’s an intriguing argument to be made for the role of private “mobility-as-a-service” (MaaS) players that can bundle and market various incentive-based subscriptions to customers who routinely use a range of modes (transit, as well as taxis and bike-, car- and ride-sharing) to move around their own urban regions. Think Expedia, but for getting around the city.

One such company, Global MaaS — which describes itself as the world’s first mobility-as-a-service firm — launched a test in the Helsinki region in the summer and will go live this fall there as well as two other Finnish cities.

Travelers may buy monthly “Whim” packages with a specified number of “mobility points” that allow them access to transit, taxis, ride-sharing, car-sharing and bike-sharing. The firm offers consumers various bundles, and they draw down points based on the mobility options they select (public transit, ride-share, etc.), with the service delivered via an app that also antes up optimal travel routes.

As The Economist reported last week, “Once a route has been chosen it will make any bookings needed, as well as ensuring that hire vehicles are available and public-transport sections are running on time.”

A slightly more advanced version of Whim formally went into service in Hannover, Germany, last February after a 15-month pilot, according to UTIP, an international transit operators network. As UTIP noted, “The [Mobility Shop] service offers users the possibility to tailor the bundle to their individual needs and to directly book their journeys, whether it’s a public transport ticket or a taxi ride with mobility options, including travel times, appearing in real time.” Users receive a monthly bill.

The emergence of such entities depends, to a significant degree, on whether transit agencies (or any of the other mobility operators for that matter) would be prepared (or directed) to sell monthly passes or fares on a wholesale basis to re-sellers. That’s clearly a policy decision with financial consequences and trade-offs. After all, notwithstanding the long-standing availability of transit tickets in corner stores, the TTC (and many transit agencies) still has a lock on the distribution of its own fares and fare media.

The case for emergence of arm’s length bundlers is that they’d be focused on figuring out the best way of promoting and pricing service packages. Theoretically, they would also function as honest brokers, sourcing mobility services from competing providers/modes, including public transit operators. If transit agencies ran such services, there would be clearly a risk of self-dealing, as happens, for example, with LCBO, whose merchandising policies discriminate against wines from other parts of Canada.

There’s no question that allowing this kind of player into the mobility market would introduce a new dynamic, and one that is potentially disruptive for dominant transit operators like the TTC. As this presentation by a Hannover transit official notes, the bundlers may well turn out to be large, profit-minded players, like Amazon or Uber.

What’s more, policy-makers need to ensure that if they move towards allowing MaaS companies to gain access to the market, they’re not inadvertently creating private-sector monopolies or oligopolies, as is now the case with the telecom industry (and, indeed, in the online travel booking sector, where Expedia has been systematically buying its competitors in the past year or so).

As TTC, Metrolinx, and City officials begin their deep dive into the potentially beneficial relationship between conventional transit agencies and all these other operators, they’d be well advised to have a close look at these commercial experiments in Helsinki and Hannover.

Why? Despite the above-noted caveats, I’d say the MaaS value proposition is highly compelling, and could provide one potential answer (among others) to this interesting question of how city-dwellers consume the various urban travel options now on offer. After all, if residents can simply subscribe to a monthly package that gives them easy (and bulk discounted) access to a range of shared mobility services that extends across the complete chain of their travel needs, they’ll have an incentive to use the shared options more. And therefore their private vehicles, less.