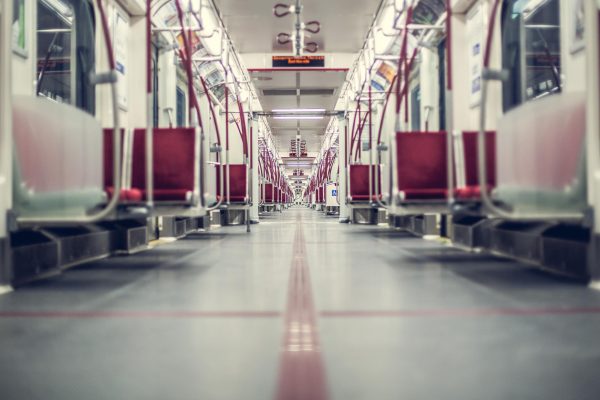 This is an editorial from the Spacing magazine team

Make no mistake: the current Scarborough subway extension (SSE) plan has become this generation’s version of the 1970s Spadina Expressway battle — a fork-in-the-road moment, the consequences of which will define Toronto for generations.

On June 3, 1971, then-premier Bill Davis cancelled a highway building mega-project that had been on Metro’s planning books for years, was already under construction, and represented the beginning of a dramatic, city-altering transportation strategy to ram major highways through Toronto neighbourhoods.

As council prepares for this debate, we need desperately to pay homage to that history, and Davis’ courage, and learn from it. While the stakes do not involve bulldozing communities, the long-term impact on the city is comparably dire.

In our view, the SSE not only fails to meet all the critical tests of fiscal and social sustainability, forward-looking transit planning, and economic development; the project will also severely impair the City’s ability to deliver vital infrastructure elsewhere in a community that has been under-served by rapid transit for decades.

Boosters, beginning with but not limited to Mayor John Tory, claim that what the City is doing is building transit, finally. But by any reasonable review of the facts, the SSE is really about NOT building rapid transit, and indeed making Toronto’s existing transit system even less functional than it currently is.

It is a move backwards, not a move forwards.

As in 1971, the decision to pull the emergency brake falls to Premier Kathleen Wynne, who has a singular opportunity to make the right choice.

We recognize that change is hard. We certainly acknowledge that both Wynne and Tory have tried their utmost to deliver on their respective campaign promises about the Scarborough subway (Wynne in the 2013 by-election and the 2014 general election; Tory in the 2014 mayoral race). Too often, politicians make election commitments that they later ignore in office. And there is absolutely no doubt they have both sought to honour their pledges to Scarborough residents.

But those same voters also want their elected representatives to protect their scarce tax dollars. What’s more, we believe Torontonians across the city expect their political representatives, both at the municipal and provincial levels, to exercise sage judgment when making decisions with far-reaching consequences for the city we all share. No one expects them to blindly pursue promises in the face of overwhelming evidence that such commitments will do more harm than good.

When members of the previous council first bruited the idea in late 2012, Torontonians were assured it would cost only $500 million more than the cost of transforming the Scarborough RT into a light-rapid transit (LRT) route. Backed by generous commitments from the federal and provincial governments, the previous council endorsed that vision, and voters reaffirmed it during the election.

Since then, a significant amount of new information has surfaced through the planning process that reveals the SSE will be far less functional, and far more expensive, than the proposal endorsed by council and residents in the last election.

In the two-plus years since those municipal and provincial campaigns, the anticipated cost has grown by more than 50%, with more budget escalation likely. Toronto taxpayers, in fact, will surely lose the savings promised by the Ontario government’s recently announced changes to hydro rates due to the inevitable cost escalation on this mega-project, which the City will have to cover somehow.

The new net daily ridership generated by the SSE, according to the City’s latest estimates, will serve the equivalent of less than one half of one percent of Scarborough residents on a typical weekday – a figure well below the 14,000 daily ridership figures initially promised. See this PDF for more background info

The decision last year to reduce the stations from three to one was taken to contain costs and use the savings to help finance a 17-stop LRT network that extends across Scarborough. We supported this compromise. That LRT network, as University of Toronto geographers Andre Sorensen and Paul Hess brilliantly explained in their 2015 study “Choices for Scarborough,” would serve more neighbourhoods, provide rapid transit to lower-income communities and post-secondary insitutions, and spur intensification and re-investment.

The spike in proposed re-development activity along Eglinton East in the Golden Mile, triggered by the Crosstown, provides hard proof that LRTs spur the sort of intensification Toronto needs, especially as more families and newcomers need to look to the inner suburbs for affordable housing options.

The SSE may produce some luxury condo development near Scarborough Town Centre, but even that impact is highly concentrated. Broadly, it fails all the tests of good land use planning and makes a mockery of Toronto council’s oft-repeated goals of using transit infrastructure investment to promote social equity and provide lower income residents with better access to labour markets.

If built downtown, the SSE tunnel would extend from Front Street to Eglinton. As many other critics have observed, its cost, which will likely top out at almost $5 billion, ensures that other transit projects will be cancelled or delayed indefinitely. The result is that it will make Toronto more, not less, car dependent, because the city’s staggering population growth – 4.7% in the last five years alone — will not be matched by commensurate growth in its transit service.

Both the federal and provincial Liberals have boasted about their policy commitments to reduce carbon. But their investment in the SSE achieves exactly the opposite. By investing a disproportionate and potentially growing sum in one project with a marginal impact on net new ridership, the City and its federal and provincial partners are effectively foisting more vehicular traffic, congestion and emissions on Scarborough neighbourhoods.

Staff reports never have an opportunity cost section, which is a shame, because we believe policy-makers and members of the general public should know how the impact of one decision affects others. This blind spot is perverse. The mayor and his allies in Scarborough are counting on the fact that most people can’t really fathom numbers so large. But the harsh reality is that this boondoggle will severely cripple the City’s ability to build not only the Scarborough LRT but also other far less risky transit projects, such as the Queen’s Quay East LRT.

And because there will be so little additional ridership, the increasing costs won’t be offset by growing revenues, which means future councils will have to jack up transit fares and increase the TTC subsidy. Those decisions, in turn, will force reductions to other city services and take that much more of a bite out of commuters’ pocketbooks. The SSE’s aftershocks will be felt for decades to come.

To Premier Wynne and Mayor Tory, we say this: these trade-offs fail to pass the test of common sense. They reveal that both your governments are motivated more by political expediency than a commitment to the city’s long-term health.

The good news is that you have options that will provide far greater benefits to far more people and more businesses, in a far shorter period of time, and at much less cost.

As Premier Davis did a generation ago, we ask that you do the right thing for the City of Toronto, and stop this runaway train.

The editors of Spacing ask that you add your voice on our Change.org petition