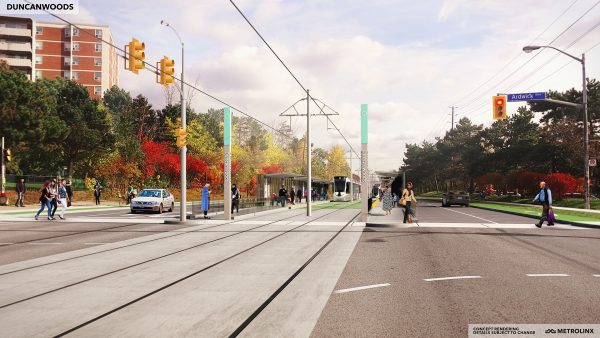 In the next few days, work crews will begin tearing up the intersection of Finch Ave. West and Martin Grove — deep in the heart of Ford Nation – in order to shift some buried Enbridge gas lines.

This isn’t a City project; however. It’s the latest chapter of the Finch West LRT construction project, which has been in the ground for many months, with a great deal of work underway. As of late January, 2018, in fact, Metrolinx had spent $236.3 million on the line, or approximately a fifth of the 2010 budget of $1.2 billion, according to agency spokesperson Anne Marie Aikins.

Remember this non-trivial figure (roughly equivalent to a 10% property tax hike) when Progressive Conservative leader Doug Ford begins yelling about infrastructure and transit in Greater Toronto. This seemingly inevitable gong-show will rumble through the election campaign, and almost certainly feature threats to wrest the subway system away from the City of Toronto as well as ice or cancel approved LRT projects and the Relief Line, that subway tailor-made, we’ll be assured, for Toronto’s champagne-swilling elites.

Kathleen Wynne’s Liberals clearly sought to fire a shot across Ford’s bow just days after his convention victory with what was described as an unexpected move: almost matching a federal infrastructure grant of $4.89 billion with a $4.04 billion contribution from provincial infrastructure budgets. As the Toronto Star reported, the money will help pay for the rest of the Scarborough subway extension, as well as Smart Track, the Relief Line, and LRTs along Eglinton East and Queen’s Quay.

The bilateral agreement signed March 14 included all sorts of previously announced big dollar pledges, including the flood protection berm for the Portlands and that $660 million contribution to the Scarborough subway that dates back to the days when Stephen Harper and Rob Ford cut deals in a row boat on Meech Lake. The additional funding isn’t sufficient to complete the Relief Line.

Ford, of course, came barreling out the gate promising to cut $6 billion of provincial spending – 4% — and cancel both the carbon pricing system, that will bring in $1.8 billion for 2017-2018, and the foreign buyers tax. (His campaign didn’t respond to Spacing‘s questions about his transit plans.)

Labour economist Jim Stanford has pointed out in The Globe and Mail that the Tories’ Fordonomics will leave a $10 billion funding gap that will likely lead to pressure for steeper cuts. But in the debates about these promises (featuring Ford’s vacuous rhetoric about no job losses), it will be really important to remember that vast chunks of the provincial budget are third rail categories: 40% for health, 26% for education, 11% for children’s and social services, 8% for interest, 3% for justice.

In other words, the bulk of the cuts will be focused on the remaining 13%, or about $19.3 billion, almost all of which is infrastructure. What’s more, transit accounted for over $7 billion in the Liberals’ spending plan for 2017-2018. (The balance are hospitals, courthouses, highways, etc.)

Point is, when Ford goes shopping for cuts, he’s going to come after the transit projects he hates.

His views on LRTs are abundantly well documented from the dark days when the brothers Ford bellowed ceaselessly about LRTs. The detail to watch today is whether Ford will try to cancel the ones on the books (as Mike Harris did with the Eglinton subway) in order to win votes among those GTA residents, both in the 416 and the 905, who have conditioned, from years of misinformation, to dislike a globally used transit technology that’s never been deployed here.

If Ford does pull the plug, as brother Rob famously attempted to on day one of his mayoralty, everyone should know that he’ll be setting fire to a whole lot of taxpayer dollars. According to Metrolinx, the province has budgeted $10 billion for the five big Greater Toronto LRT lines (Eglinton, Finch, Sheppard, Hurontario and Hamilton), of which $4.2 billion has been spent. Most, of course, has gone to the Eglinton Crosstown.

I’d say there’s virtually zero chance that a Ford government would stop that project because the sunk costs are so great, the cancelation penalties so steep. 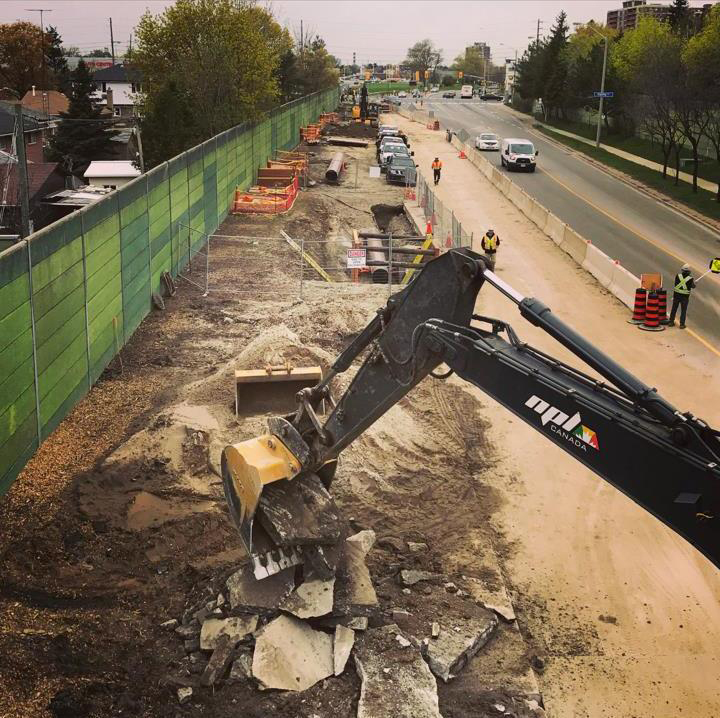 But will he have the nerve to order Metrolinx to down tools on Finch? Unlikely, but not impossible, especially if its most madcap opponent, Giorgio Mammolitti, ends up winning a place in Ford’s caucus (The councillor appears to be tangled up in a smelly land deal that’s become the subject of an OPP investigation).

A total of $183 million has been sunk into projects in Hamilton and along Hurontario. Is that outlay enough to make Ford think twice about wasting so much money, or will he just pledge to rip up the whole thing, promising instead a subway in every pot.

As for the Sheppard LRT, the most star-crossed of all Toronto transit projects, I fear it is surely a dead letter in a Ford government, and would cost nothing to scotch (no money will be spent until Finch is finished). Same with Queen’s Quay and probably Eglinton East, despite local support for the latter.

Which brings me to the Relief Line. According to agency spokesperson Brad Ross, the TTC has spent or signed contracts worth a total of $46.5 million, while Metrolinx has budgeted $150 million for the Relief Line North (up to Don Mills/Crosstown).

Compared to the overall estimated cost of $6.8 billion (but likely much more), the amount spent on the Relief Line to date is scarcely more than a rounding error. My prediction: he’ll dare both the provincial and federal Liberals to cross him by pledging to direct the bulk of those new bilateral transit dollars to extend the Yonge subway to Richmond Hill — a sure-fire vote getter in the 905, despite the idiocy of pouring ever more riders into a funnel that can no longer hold them all.

From bitter experience, Toronto voters know that Ford will blow all sorts of smoke about subways – that the private sector can build and operate them at a profit, and that [insert desired constituency’s name here] deserves them to atone for some illusory past wrong.

The bloviating had clear limits in the realm of municipal politics. However, his access to the provincial domain — combined with the necessity of winning over 905ers – utterly alters the calculus, especially if Ford revives the Hudak/Brown pledge to somehow upload the TTC’s subway network.

Armed with a majority, he could take that step with the stroke of a Trumpian pen, at which point we can all wave a tearful goodbye to the prospect of ever building a rational and safe transit network in a city that has clearly outgrown its current system. That’s precisely what’s at stake when Ford promises his seemingly painless 4% spending cut.