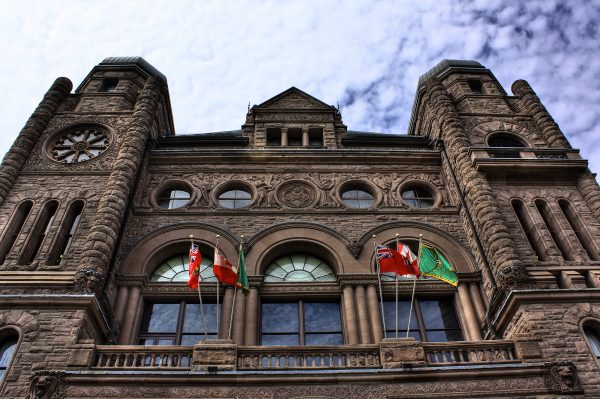 Sometimes, good things happen for all the wrong reasons, and the hearing for the various challenges to the Tories’ bill to slash the size of Toronto council — held Friday in a packed courtroom at 361 University Ave. — was one of those moments.

In a session that stretched from 10 a.m. to past 6 p.m, lawyers for the City, several candidates, and the provincial government vigorously debated questions that form the very foundation of our society: How should we conduct fair elections? What does ‘effective representation’ look like in a modern urban context? Does a serious and court-tested consultation process – i.e., the Toronto Ward Boundaries Review – be tossed out simply because the outcome isn’t to a new regime’s liking?

And, most importantly, does the so-called Better Local Government Act, as Bill-5 is formally known, infringe on the freedom of expression of Torontonians who were expecting to cast ballots in a very different election than the one being now imposed on them. Indeed, Justice Edward Belobaba — who presided over the hearing with a stirring sense of fair play leavened by both good humour and indulgence — informed the lawyers early on that the question of whether Doug Ford’s government has trampled those most basic rights would likely be the pivot on which his ruling will turn.

His framing of the case, offers (to my ear) a fresh and deeply provocative way of exploring the old complaint about how the 1867 British North America Act’s division of powers – sections 91 and 92, which makes all municipal matters under the purview of the provincial legislatures – fails to reflect the profoundly urban state of Canadian society. Rather, Belobaba suggested, the more relevant issue is whether provincial legislatures, when passing laws governing municipalities (as is their right), are constitutionally obliged to ensure that those laws respect Charter rights.

In other words, it’s one thing for provinces to regulate what municipalities can do or not do administratively, or dictate which policy fields they can regulate. But the point pulsing at the heart of this case has to do with whether a provincial government can abrogate Charter rights, like freedom of expression, that have been created through the establishment of a system of elections and voting.

“I am keeping an open mind,” he said, adding that he expects to render a verdict by early next week.

While the legal arguments were dense (the pleadings can all be found here), the session was nonetheless exhilarating. None of us should ever take our rights as citizens for granted, and so the debate in court – provoked by a vindictive premier who seems to believe his position gives him license to jerk Toronto around – felt not just timely but crucial, an opportunity to get to the bottom of things. I’m only sorry more people, both inside the city and elsewhere, didn’t have a chance to listen.

The legal precedents and concepts that surfaced during the hearing go all the way back to Confederation, and Prime minister John A. Macdonald’s insistence that “effective representation” be a core principle in Canadian democracy.

Understood today, effective representation, as a much cited 1991 Supreme Court ruling notes, isn’t just about parity in the weight of individual votes. Riding boundaries should also take into account other factors, like geography, community of interest, minority rights and so on. It’s not good enough for governments to ensure that each eligible vote is more or less mathematically equal.

While Robin Basu, who represented the provincial government, argued, bizarrely, that the Ford government’s policy motive in slashing the size of council was to ensure parity among all the wards in terms of population size, the city’s legal counsel pointed to various rulings suggesting that this approach is only one factor that governments have used in the past.

All of those other considerations surfaced during the Toronto Ward Boundary Review, which, as one of the appellant lawyers noted trenchantly, began back when Rob Ford was mayor, with Doug Ford voting in favour of the process.

That exercise, of course, was motivated by the rapid increases in Toronto’s population, especially in high growth areas. It’s worth remembering, if we’re talking about good governance and population counts, that the TWBR relied heavily on the kind of census data that Stephen Harper’s Tories tried to scrub from Canadian policy making with their 2009 move to eliminate the long-form census, since reversed.

In court last week — as in many other formal government venues except for the Ford government’s cabinet table — it was abundantly clear that these complex policy processes aren’t mere whims; that they have weight and gravitas that exists outside a narrow reading of the division of powers.

The TWBR played out for four years, with the resulting bylaw stressed tested by appeals to the Ontario Municipal Board and then Ontario’s divisional court, both of which upheld the outcome, which embodies a deep and thorough foundation of decision-making based on empirical data about the city’s growth patterns, legal precedent and the input of thousands of citizens, who participated on the assumption that their vote and voice actually counts for something.

Contrast all that heft to the Ford government’s reedy and unproven assertions about inefficient council sessions, with the premier claiming that corporate boards with seven or nine directors can do a far better job. (It’s interesting to note, too, that while voting parity was the focus of the government’s case, there’s no mention of this goal in the explanatory text accompanying the final version of the legislation.)

Here again, the hearing surfaced arguments that revealed Ford government’s true motive. The new ward map follows the borders set by a federal boundary review commission. But, as the hearing heard, that commission was never asked to think about municipal wards, or the sorts of minutiae that municipal councillors deal with on behalf of their constituents. Moreover, if the federal riding boundary approach was applied to all municipalities, only the largest would have any city councillors. The vast majority would have council consisting of zero members.

But of all the evidence and arguments that surfaced during the lengthy session, none seemed to resonate as loudly as the fact that no one had been able to find evidence in Canadian history of a higher order government wading into the middle of an election campaign being carried out by a lower tier government and changing the rules mid-stream.

“That’s what this case is about,” as Donald Eady, a lawyer with Pallaire Roland representing several candidates who had registered to run before the Tories moved the goal posts. “You are faced with an unprecedented situation.”

However he ultimately rules, Belobaba seemed to agree. “The key point is that stability is essential.”

Essential, because when governments decide to create the conditions that allow voters to express themselves, either by running as candidates or casting votes, they can’t or shouldn’t turn around and rescind those decisions. As Eady said, “You have to let the people speak.”