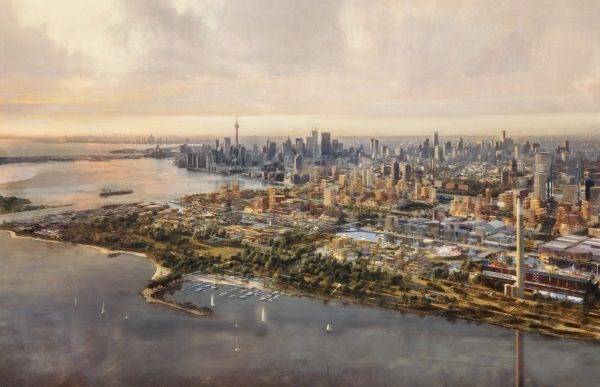 On page 222 of the least jazzy of Sidewalk Lab’s four-volume magnum opus outlining its plan for Quayside-plus is the first of a series of supplemental tables that offer a clue about what the governance of this swath of the city will, or could, look like if Alphabet’s smart city start-up get its way.

No sexy graphics or flights of planning fancy, but these appendices shouldn’t be overlooked. 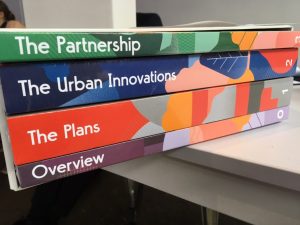 The “summary of management entities” in that part of the master development and innovation plan (MDIP) itemizes five new bodies that will wield non-trivial governance, operating, and revenue-generating authority over these geographies. They are meant to deal with domains such as open space, urban data, affordable housing, sustainability, and transportation management. They’ve been given anodyne names like “Open Space Alliance,” “Waterfront Transportation Management Association” (WTMA) and the “Urban Data Trust.” But they are all designed to wield real regulatory authority. None of them currently exist.

The list of new governance bodies proposed by SWL doesn’t end there. The company has pitched a “public administrator” that would have substantial authority over the activities that take place in these lands, including, in some cases, “advanced systems” that comprise the hydro grid, a district heating operation and other municipal tasks related to waste and stormwater management.

Elsewhere in the MDIP are references to other proposed organizations, including something called “Sidewalk Infrastructure Partners,” a wholly owned subsidiary that will function like a bank for infrastructure projects in the area. (One new senior Sidewalk executive, Marc Ricks, worked for Goldman Sachs’ infrastructure financing group before decamping to work for Mike Bloomberg.) 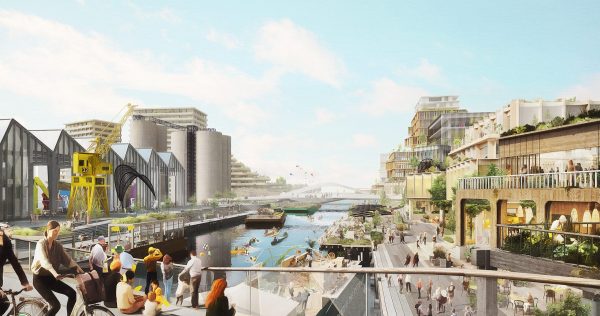 There is, of course, a great deal more to see, notice and debate about this giant plan, the evaluation of which will surely take many months, if not years.

These details include: Sidewalk’s now explicitly stated ambition to extend its reach beyond Quayside to a desirable chunk of the Port Lands (dubbed the “IDEA District”); the striking amount of commercial office space envisioned for an area now zoned mainly for residential or mixed use; and the numerous let’s-make-a-deal sidebar details, which are targeted (presumably) at Waterfront Toronto’s shareholders. Most conspicuous among these: the offer of a $100 million bridge-financing loan (repayable “at market rates”) to start the $1.2 billion waterfront LRT.

I was also struck by the way Sidewalk’s MDIP, in characterizing the project’s business model, noticeably downplayed the much-anticipated windfall of Sidewalk Lab technology, which was to be developed here in Toronto and then licensed to cities around the world. That said, the plan nonetheless proposes that SWL offer the City a 10% cut on profits from those deals, but only for ten years – a period that seems, well, modest considering the very long commercial tails that some of these digital platforms will likely enjoy (think Google mapping tool Waze).

Then there are the (near) omissions: the phrase “smart cities” appears only a handful of times in those 1,500+ pages. The MDIP also conspicuously sidelines the word “sensor” — a politically incendiary techie term that was sprinkled liberally through the company’s October 2017 vision document, set off all manner of alarm bells about privacy and surveillance, and is used quite sparingly in this version.

Yet amidst all the focus on the physical form and the data collection systems hard-wired into the development plans, I’m most struck by Sidewalk’s ideas about how this piece of Toronto should be governed. Taken together, these proposals reveal the company’s desire to push back the City of Toronto’s ability to plan, build, finance, and manage the proposed growth in those waterfront precincts. 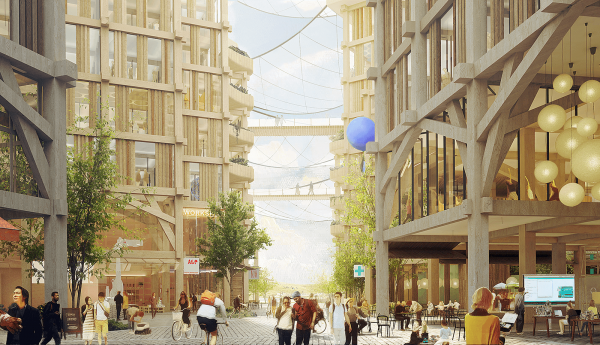 We can’t say we weren’t warned: Sidewalk’s original 2017 vision document signaled that their conceptualization of smart city development pivoted on positioning Quayside and the eastern waterfront as “a virtual laboratory to experiment with changes in infrastructure, policy, and the built environment.”

Two years later, the MDIP has put meat on the bones of that pledge.

The proposed WTMA illustrates the point: within the Sidewalk development zones, this body would take over management of traffic, signals, curbsides, price-setting for rides and parking, mobility subscriptions, technology procurement, the operation of Sidewalk’s “dynamic pavement” and flexible streets, and coordination with companies providing navigation apps. Financed by fees generated by these activities on a cost-recovery basis, the WTMA would report to the proposed public administrator, which, Sidewalk officials say, may or may not be Waterfront Toronto.

Where the public connects to this formidable entity is anybody’s guess.

From Sidewalk’s point of view, the deployment of new technologies that touch on all the myriad ways in which people and vehicles move through urban space may seem to demand the kind of operational oversight that simply doesn’t exist in a municipal government, with its rigid silos and public accountabilities.

Sidewalk’s solution, though, seems to be about pushing back the City’s authority and replacing it with semi-privatized bureaucratic SWAT teams that owe their existence to SWL and will likely never forget or challenge that connection. This outlook, which I suspect is inscribed deeply in the thinking of Sidewalk’s founders, is apparent in many aspects of the MDIP, with the company arguing that existing public sector approaches need to bend or yield if the firm is to deliver on the tech, jobs, investment and related bounties proposed in this document.

Of course, Sidewalk’s implicit critique of Toronto’s lumbering municipal systems doesn’t necessarily fly wide of the mark. Our governance and regulatory institutions have all sorts of maddening inefficiencies and operational blinkers that seem, sometimes, to have become utterly unmoored from the reality of the city.

What’s more, no one should ever suggest that existing rules and bureaucracies are working well or serving the public good simply because they exist. It’s also true that change doesn’t necessarily occur organically and systematically; sometimes, hands need to be forced.

That said, Sidewalk’s governance plans – which, remember, will be tasked with delivering the game-changing smart city technologies that Alphabet intends to roll out internationally — reveal a problematic impulse to see the city more as a lucrative test bed than a host city with a distinctive political culture that doesn’t need rescuing.

As I’ve written previously in this space, Toronto’s waterfront is not a lab.

So when officials with Waterfront Toronto and the city get around to vetting this enormous undertaking, they should be looking beyond the cosmetics, the promised windfalls and the whiz-bang functionalities to see if there’s actually chemistry here, or if this thing is merely some giant spaceship from another galaxy, here to scope out potential colonies.

I’d argue that nowhere in the MDIP is that philosophical outlook more legible than in the governance minutiae whose import may seem drearily theoretical, but clearly weren’t lost on Sidewalk’s planners.

As the MDIP indicates, Sidewalk appears to have taken note of the noisy public message about brazen public space privacy intrusions carried out in the name of innovation and the leveraging of “urban data.”

Which is encouraging, if true. But this thing still feels a lot like a skin graft, and the onus remains on Sidewalk to prove otherwise.