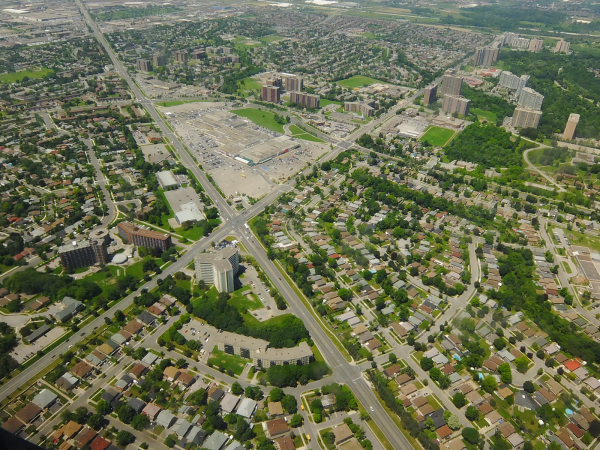 With the unveiling yesterday of the City’s ten-year “Housing Opportunities Toronto” (HOT) action plan, Mayor John Tory and city council’s housing czar Ana Bailao launched what could be described as something of a moonshot bid to amp up the affordable housing file in the city.

The plan, which addresses almost all aspects of the housing eco-system, calls for $2.3 billion in annual investment over a decade, with substantial contributions required by the federal and provincial governments to realize on the goal. The action plan, as the Toronto Star reported, asserts that the City now needs financial help delivering on the mayor’s Housing Now pledge of 40,000 new units in 12 years.

It emerges from a rapidly growing recognition by the mayor, some members of council, and the planning department that the status quo is an abject failure — a policy and market mess that has filled shelters, prevented young people from investing in homes, exposed tens of thousands of tenants to profound instability (see: renovictions, short-term rentals, rampant financialization, etc., etc.), and allowed vulnerable individuals to languish without adequate supports.

The housing affordability crisis, as Tory realizes, is also about the economy and the labour market: as rents and housing prices skyrocket, those with options but only mid-range incomes are looking elsewhere, or enduring endless commutes.

As the first volley in what will be a season of housing policy activity, the HOT report is informed by a savvy reading of this political moment. The federal Liberals, supported by the NDP, will be looking for progressive policy choices, and places to spend coming budget season that confirm the government’s campaign rhetoric around affordability.

Likewise, Doug Ford’s provincial Tories have finally come to understand that they have to govern like adults. More specifically, they may also be in the market for something progressive-ish to leaven the harsher elements of the land use planning reforms that have been under secret development for months in the Ministry of Municipal Affairs and Housing.

What’s more, if the HOT report is approved, city council will put some of its own policy levers into play, such as allocating more revenue from development charges to the creation of affordable housing (at present, 72% and 91% of residential and non-residential DC revenue goes to transit, roads, water/wastewater). This isn’t chump change: the 2018 development charges by-law, which increased rates, is expected to bring in over half a billion in revenue by 2020, double the pre-2018 rates.

Given the sweeping vision of a plan that doesn’t deny the magnitude of the crisis, it might seem churlish to criticize. Yet there’s a glaring, though super subtle, omission in this program, and it is definitional: what does the City mean when it wields this term “affordable housing”? (Correction: the report does address the need to update the definition to make it more income-based.)

Here’s the City’s official definition (from a 2018 briefing note): “Currently, affordable rental housing and affordable rents are defined as housing where the total monthly shelter cost is at or below Toronto’s Average Market Rent (AMR) by unit type [emphasis added]. Meeting increased targets and lowering rents will require innovative solutions and thoughtful consideration of City priorities.”

The reliance on AMR to define affordability in housing plans and targets is deeply problematic. There’s been a torrent of commentary noting that average incomes and average market rents have been on wildly diverging trajectories.

The 2015 median household income in Toronto was $65,829. According to the Canada Mortgage and Housing Corporation, average GTA rent for a two-bedroom apartment in 2018 was just under $1500. But other assessments of the average market rent for apartments within the City of Toronto – one conducted by Padmapper last year – put that figure way higher: $2,260 for a one-bedroom.

Policy makers agree that if a household is paying more than 30% of its income on housing, its finances will be highly stressed – “core need,” in policy speak. Do the math: the Toronto family earning the median income can’t really manage more than $1,600 a month, much less $2,260 for a measly one-bedroom.

Even 80% of AMR doesn’t provide much in the way of relief.

Feedback about this slippery definition came back in spades during the HOT action plan consultations, as the report indicates:

“Throughout the HOT framework consultations, participants strongly voiced the need for rents that are `truly affordable.’ Over the past seven years, homes created through the Affordable Housing Initiative were at, or just below, average market rents. While these rents assist moderate-income families and individuals, they do not meet the needs of households with very low incomes, whether working or relying on social assistance. Closing this rent gap is essential to provide affordable housing to many Aboriginal people, women, seniors, youth, people with mental illnesses and other disabilities.”

The HOT report says the city will “review establishing a new income based definition of affordable housing.” This isn’t just about semantics. Development projects are approved with affordability riders, and there’s plenty of evidence to indicate the City anticipates, or will be inviting, more such applications. Yet if a developer promises to add “affordable” units based on the city’s AMR definition, we’ll only see more apartments that aren’t actually affordable. (To further illustrate the problem, the HOT action plan recommends “affordable housing proposals that secure the affordability of units for longer terms (e.g. more than 20 years).” Under the City’s current definition of “affordable,”  this seemingly laudable goal could include units that are priced just under AMR.

It’s worth noting that other GTA municipalities already recognize the importance of formally tethering average income and average rents. In the City of Mississauga, for example, housing “is considered affordable when housing costs (including utilities, taxes and maintenance costs) do not exceed 30% of the household’s before-tax income,” says a 2016 housing “gap assessment.” “In Mississauga, ownership housing is affordable for low and moderate income households if it costs $398,012 or less.”

The City of Toronto has long preferred to muddy the waters, presumably in a nod to the development sector, which doesn’t want to be forced to down-price its product. The outgrowth of this shell game has become glaringly apparent: we’re building more and more and more, yet all that additional supply, in seeming defiance of orthodox market principles, has failed to deliver lower cost housing.

If Tory and Bailao truly want to change the trajectory, as I believe they do, they’ll have to persuade council, the planning department and the development industry that “affordable” should actually mean affordable.