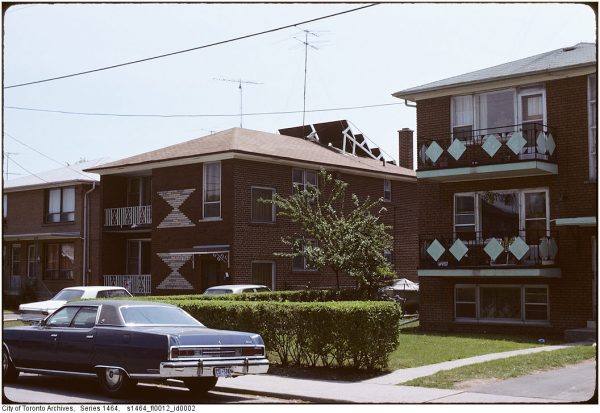 Editor’s note: Excerpted from the book When Poverty Mattered, Then and Now, by Paul Weinberg (Fernwood Publishing, 2019). 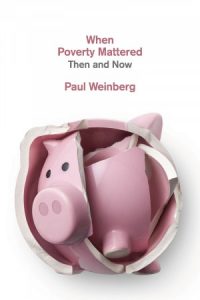 There is something both surreal and very immediate in this account of the 1970 annual general meeting of the Social Planning Board of Metro Toronto. Progressive reformers led by Howard Buchbinder, a poverty researcher at the Praxis Corp and his allies in the Just Society, a poor people’s organization made up mostly of women on welfare, are running candidates for a board dominated by businessmen and their allies.

The latter are prepared to fight like mad to defeat what they perceive as an onslaught by radical social activists. Countering them are the progressives who want the SPC to start doing substantial reports on poverty in the city which they believe is not happening in the current political climate.

Hovering in the background are officers from RCMP Security Service (the precursor to today’s Canadian Security and Intelligence Service), who view a victory by Buchbinder et al as the first step towards social unrest and revolution in the land.

The potential for change at the council board of directors was already apparent before Buchbinder’s arrival in Toronto. In February, 1969, during its annual general meeting, one of the veteran board members and a University of Toronto professor in industrial relations, John Crispo, gave up his seat in order that Just Society Movement (JSM) member Suzanne Polgar could take his place. It was viewed as a first step to expanding the council’s engagement with poor people directly.

“The 32 men and 13 women who sit on the Social Planning Council of Metro Toronto represent the cream of Toronto’s voluntary welfare establishment. Yet, they have built their council reputations on a system that [former SPC director] Wilson Head says has failed to make a significant impact on the most glaring social ills of society,” wrote Globe and Mail reporter Loren Lind in the spring of 1969, in one of a series of articles on the council. He also quoted Head as saying that board membership should not be based on an individual’s business ability, their philanthropic prowess and their status in the voluntary welfare establishment. The former acting executive director also wanted the Social Planning Council staff to have a greater say and voting power on key board committees.

In response in the same article, comments by one of the board members, Stephen Berger, an executive with Amcan Holdings Ltd., demonstrated a long-standing suspicion of social workers and social researchers in the voluntary social establishment. The council staff members, he argued, were too close to their jobs and suffered from what he called “professional deformation,” which could only be corrected by “a non-professional board,” dominated by people like himself.

Lind provided a picture of a council board impervious to change or reform in 1969. But Howard Buchbinder was not deterred. His organizing had recruited nearly 700 people, some with connections to the Just Society Movement, to show up for the annual general meeting of the council to elect directors to its board. Among the new breed of activists seeking positions on the board were Bruce Kidd, a well-known professional track and field athlete and a professor at the University of Toronto; and City of Toronto reform alderman Karl Jaffrey.

Their appearance shocked one long-time, East York mayor True Davidson, famous for wearing large hats at Metro Toronto Council meetings. She, like William Dennison, had CCF-NDP roots and was similarly uncomfortable with the social transformation of the 1960s. The politician refused to put up her name for re-election, describing the arrival of the activists as “the slaughter of the innocents,” writes Kevin Brushett, in his unpublished paper “Reaching Out and Biting Back: Grassroots Activism and Toronto’s Social Service Community, 1960–1975,” a history of the Metro Toronto Social Planning Council. Davidson was also quoted in the Globe and Mail as warning about an orchestrated takeover by “extreme left-wingers.”

The initial public meeting in March, 1970, had to be adjourned and rescheduled after a revelation that the ballots had been numbered and the names of the nominees favoured by the nomination committee marked by asterisks, according to Brushett’s account. Thirteen of the activists managed to get elected when the council reconvened for a second general meeting in May, 1970. But the conservative side representing the United Community Fund still managed in a complex process to strengthen its presence on both the board and the executive committee. On the latter, only two reformers were able to get a foothold, Bruce Kidd and David Cowley.

A University of Toronto social work professor, Cowley had an expertise in community-based social work, and so he and the reformers, with the support of the staff, attempted to convince the Social Planning Council to abandon its professed elitism and turn itself into something more grassroots in order to regain its legitimacy. In response, the United Community Fund threatened to stop financing the council if this proposal was passed.

The business-backed funders also commissioned a report indicating that it would be business as usual in social planning, taking a direct aim at the Just Society Movement. “It is of course not appropriate for the Social Planning Council to engage in any action which is illegal or politically partisan or which may seriously or permanently alienate large segments of the community as a whole or those bodies which are responsible for and empowered to bring about effective and necessary charge.” The status quo of the consultative role of the Social Planning Council with the regards to the UCF would remain.

Buchbinder’s reputed organizing prowess was called into question by Leonard Shifrin at the National Council of Welfare. In an interview many decades later, Shifrin indicated that Buchbinder had botched the 1970 annual general meeting for the Social Planning Council board. In his view, Buchbinder naïvely relied on the intense media coverage of the proceedings, especially by the Globe and Mail, to attract a horde of sympathetic pro-activist supporters out to the meeting and make a significant stab at reducing United Community Fund influence. The Praxis director had underestimated the widespread conservatism in Toronto. The negative publicity surrounding the tactics and statements of the pro–United Community Fund side in the first vote should have in theory benefitted the activists. But that is not what happened.

Indeed, Shifrin discovered to his amazement that Buchbinder was not following the lessons of other professional organizers in using car pooling to ensure that those on the activist side actually made it to the meeting. The conservative side, backing the United Community Fund, saw an existential challenge in the making and managed to organize a larger turnout of its supporters, which sped its side to victory. “Oh, lots of people showed up, overwhelmingly on the side of the institutionalists. They sold new memberships; they did all of the things, the old boys’ network, as far as they were concerned, this was a great challenge, to their God knows what.”

One might speculate that Buchbinder was simply overconfident that there were enough people in Toronto who cared enough about the Social Planning Council that they were willing to spend the evening at a raucous and lively general members meeting. Following the mixed success of the 1970 AGM, Buchbinder and his activists ruminated in their meetings on their challenges in the weeks before the next annual meeting of the Social Planning Council, in April 1971.

It is evident that the Security Service had infiltrated these strategy sessions. There is a conspiratorial tone in the observations by an unidentified Mountie, which were later made public. “[Buchbinder and his colleagues] reviewed what had happened [in 1970] and it soon became evident that they were very disappointed in what had been accomplished in the way of control of the SPC or in hindering its work. They made clear that their goal is to control the SPC and make it responsive to their plans for radical action to bring about structural changes in government which seemed to be a polite way of saying: overthrowing the existing government.”

A second RCMP Security Service memo, written in 1971 by an unnamed officer, described Buchbinder as positive about the prospect for change despite the doom and gloom among the activists at the same or a separate gathering. “The mood of the meeting was far from confident. They seem to feel they might have been outsmarted but Buchbinder and a few of his friends were still very determined. They felt that their image of extremism had worked against them.” Also, during the course of the meeting, “Buchbinder spoke with confidence of further funding by government for his organization, Praxis.”

The United Community Fund’s move to consolidate its hold on the Social Planning Council in the April 1971 annual general meeting confirmed what the activists had feared was a disturbing trend. A record 96 nominees showed up to fill 45 positions on the Social Planning Council board. United Community Fund directors past and present as well as representatives of the social agencies in Toronto also made their appearance as candidates. This served to further undercut the activists. After the dustup the only activist reformers who ended up elected were Kidd, Jaffrey and Cowley — all three of whom were nominally supported by the United Community Fund. Polgar and other members of the JSM had declined to run again.

Excerpted from When Poverty Mattered, Then and Now, by Paul Weinberg (Fernwood Publishing, 2019). A longtime freelance journalist with an interest in social justice and labour issues, Weinberg is currently editing an upcoming collection of articles about the City of Hamilton.