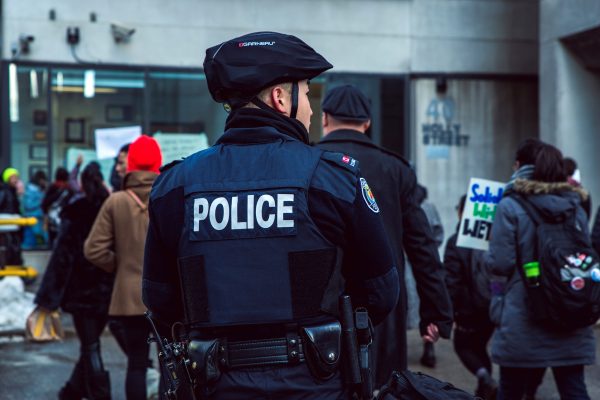 In Act I, Scene IV of Shakespeare’s Hamlet, Marcellus, a guard, renders this famous verdict on his country’s politics: “Something is rotten in the kingdom of Denmark.”

A similar feeling seems to prevail these days among many of those who guard us — Toronto’s police officers. Those charged with keeping Torontonians safe appear to be saying that, after five years of policing leadership from Chief Mark Saunders and a Toronto Police Services Board (TPSB) led by Mayor John Tory, they are worse off.

I came to this conclusion after several impromptu and unplanned conversations over the past few months with serving and retired members of the Toronto Police Service (TPS), including street level cops and senior officers. These conversations took place following my November 19, 2019 opinion piece in Spacing, “Why has Toronto police stopped enforcing traffic safety?”

A very senior retired officer reached out to me after reading the article to say I was absolutely right. He and the others who spoke to me hold those at the top responsible for the current state of affairs, but most particularly Mayor John Tory. In their estimation, Saunders does Tory’s bidding. The board is a rubber-stamping entity and the mayor rules the roost. So much so, in fact, that in their private Facebook pages, a group of police officers refer to the mayor as Chief Tory.

All of which raise important questions about comes next. Saunders’ contract is set to end in April 2021. Unless the TPSB has decided to give Saunders an extension, it should be in the process of embarking on the search for his successor or getting ready to do so.

It would be in the interest of the board and the public for those making these decisions to pay attention to what members of the police service it oversees have to say.

The criticisms and concerns paint a disturbing picture of the TPS and the TPSB. The recent, extremely bizarre flip-flop by Saunders and his team on whether the TPS is using Clearview’s controversial facial recognition technology has further reinforced questions about leadership of the organization. The rapidly changing explanations ran totally counter to Saunders’ own reports to the TPSB on the funding, acquisition and deployment of this biometric system. The most recent and comprehensive report was submitted to the May 30, 2019, board meeting (see page 244 of the pdf).

The concerns shared with me by current and former members of the TPS relate to a broader organizational transformation project which includes, among other steps, a greater reliance on technology. It is the result of a plan called “The Way Forward,” which was developed by a task force of corporate heavies co-chaired by the former TPSB Chair Andy Pringle and Saunders. Claimed by Pringle to be far more far-reaching than any previous plans, The Way Forward was approved by TPSB in 2016 for immediate implementation.

Besides enhanced use of technology, the plan also called for amalgamating police divisions; off-loading of certain functions being performed by police; focusing police resources on the highest priority incidents; and downgrading of several other types of calls for service, such as break-ins and proactive traffic enforcement.

The stated goal was modernization to deliver policing services efficiently at a lower cost. As a first step to set the stage for change, the board imposed a complete freeze on hiring and promotion. However, faced with vehement criticism from the Toronto Police Association (TPA) and mounting public concern about the impact of reduced police capacity on public safety, the TPSB cancelled the hiring freeze. Almost four years into the implementation, there has been no saving or reduction in policing cost.

The criticisms and experiences TPS officers shared with me are directly related to this transformation plan, both in terms of its perceived consequences and the manner of its implementation under the leadership of Saunders and the board. In contrast to the usual kvetching about morale that is an ever-present feature of police culture, the issues they raised pertain to factors such as a non-consultative and unresponsive leadership style, a seemingly unplanned approach to implementing a major change process, and a failure to anticipate and mitigate for any negative fallout.

The complaints and concerns I have heard from officers in recent months point to a pattern of potentially serious deficiencies in leadership and management which starts at the top. The recent imbroglio over facial recognition further confirms what I’ve been hearing. The consensus seems to be that the TPS is in poor shape because it is led by people who lack the experience gained from years of running front-line divisions.

Why is that experience so important? The vast majority of Toronto’s police divisions are larger than most police services in Ontario. They are complex organizations in themselves, and offer the best training ground for top level leadership. Running and managing one of these divisions involves overseeing several hundred police officers, interacting with the community, addressing public safety issues directly, translating the policies and strategies developed by the top leadership into action and ensuring their success, and managing large budgets.

Veteran officers who have spent more than 30 years in the TPS are saying there’s a leadership deficit or vacuum at the top. The TPSB has a responsibility to take their concerns to heart.

Alok Mukherjee was chair of the Toronto Police Services Board from 2005 to 2015. Follow him on Twitter at @AlokMukherjee45