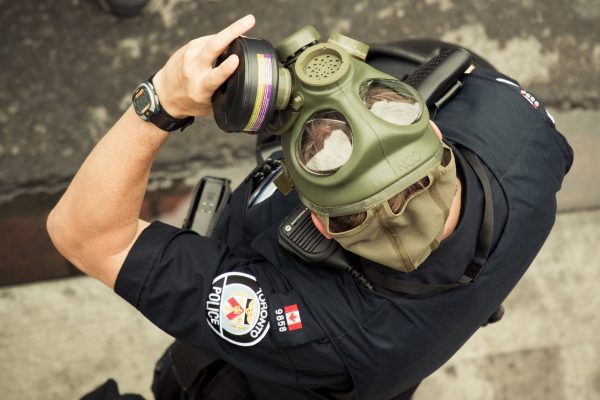 When a Black person is killed by police, it feels like Black people are suddenly taking up a lot of space in Canadian media. I’ve had Canadian producers ask me to speak about what’s going on in the U.S., but not on Regis Korchinski-Paquet, who died while interacting with Toronto police on May 27, just two days after George Floyd’s murder by Minneapolis police.

This past weekend, there were also #JusticeForRegis protests in downtown Toronto and across the country, yet, I’m still getting emails from news outlets to talk about turmoil south of the border. Why, in these moments, do Black Canadian bodies take up so little space in our media?

I follow Toronto Star’s race and gender columnist Shree Paradkar on Twitter. In her commentaries about COVID-19 — which have ranged from the majority white people who ignored social distancing rules and gathered at Trinity-Bellwoods Park to the racist letter sent to a TDSB vice-principal — Paradkar has consistently spoken truth to power.

It can’t be easy for her to take up that space. She has talked publicly about receiving racist emails from Canadians who just don’t like her writing about race. It’s not just that they are upset about her talking about racism. They’re bothered at the very fact of her using the word ‘race’ itself. For these people, Paradkar — who is one of the few columnists in Toronto to write about race — takes up “too much space.”

With all the anti-blackness circulating the headlines and on social media, I’ve been forced to reflect again on my experiences as a Black person. I keep thinking about some of my childhood experiences, and the ways in which racism occurred in such subtle ways.

But in many cases, my experience involved the boundaries of space.

One incident happened the summer before my twin sister and I started Grade 5. Another set of fraternal twin girls had moved onto our street in the West Hill neighbourhood in Scarborough. They were white. We didn’t care about their race. We just thought it was an uncanny coincidence: what are the odds that two sets of twins who are the same age end up living on the same street?

We welcomed them to the neighborhood. We played together almost every day, and we thought we had made new friends. When school started, however, they became noticeably different. They no longer had much time to play. They were now friendly with us, but distant. These sisters, open and accessible to us in our neighbourhood, became distant and aloof in our predominantly white school.

At some point, there was an assignment where we had to share with the class our feelings about our school. One of the twins got up and said she was grateful for the new friends she had made at our school, because she and her sister didn’t know anyone when they arrived. What she was saying was that my sister and I didn’t count as friends. In an instant, we had been completely erased and forgotten.

While this experience is my own, it reveals how subtle anti-blackness can be, and how that which is unspoken can be just as racist as what is expressed out loud.

We never spoke to the twins again, but their ability to see us when they needed us, and then to ignore us when they didn’t need us made me think about the ways in which the city didn’t ‘see’ race in the coronavirus pandemic until Black people pointed out that they needed to.

While the coronavirus pandemic has conjured up rhetoric about how Canadians are all in this together, the reality is quite different. If we take a deeper look at how the pandemic has affected the city, it’s apparent that we don’t experience urban spaces in the same way.

For example, last week, the city unveiled geographical information about the spread of the coronavirus. The data showed that the highest concentration of COVID-19 cases include Glenfield-Jane Heights, West Humber-Clairville, York University Heights, and Downsview-Roding-CFB — communities with higher proportions of people who are low-income, racialized, immigrants, and live in denser housing with longer commutes. The five least-affected neighbourhoods are the predominantly white communities of Rosedale, the Beach and the Danforth. In other words, the communities with the highest proportion of Black residents are being disproportionately affected by the coronavirus.

At the same time, when Black community pressured City officials to start collecting race-based data on the outbreak, they eventually listened and started to gather such data. The Ontario government has also announced it will begin to collect race-based statistics.

In fact, when Toronto police began surveilling the communities that would be hardest hit by COVID-19 via CCTV cameras, resident demands fell on deaf ears.

The point is that when we are the victims of an illness that affects everyone, we are heard. When we are under the watchful eye of the state, there is a blatant disregard for our voices. Something just isn’t right about that.

From COVID-19 to police brutality, this historical moment has revealed the ways in which Black people’s voices go unheard. As scholars Beverly Bain, OmiSoore Dryden and Rinaldo Walcott observed in a blog post on The Conversation in April,

“Black lives are further in peril in a time of COVID-19,” they wrote. “Subject to death on both the public health and policing fronts, we will not be silent. Even as state public officials choose to ignore our lives and livability by insisting that race and class do not matter, the historical and contemporary evidence in this country demonstrates more than otherwise.”

While their essay was written before Korchinski-Paquet’s death, these words are eerily relevant. “Black lives matter” isn’t just a hashtag; it is a battle cry, demanding to #seeus as existing in the same spaces that you exist in, and not just over the summer, but all year round. The need for Black people to take up space across the world has never been more urgent, and Toronto is no exception.

Cheryl Thompson is an Assistant Professor in the School of Creative Industries at Ryerson University. Her next book, Uncle: Race, Nostalgia and the Politics of Loyalty will be published by Coach House Books next February. Follow Cheryl on twitter at @DrCherylT.