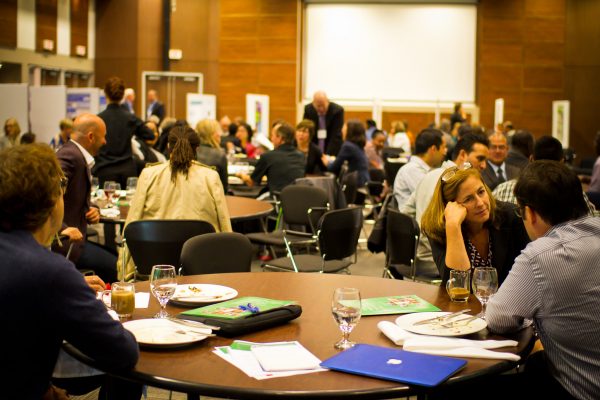 We live in a society where individuals aren’t regulated in the ways in which they participate in (legal) group activities — from reading groups to sports to cultural or professional or activist networks. Which, of course, is as it should be.

But what should society expect of individuals who band together in groups in order to lobby governments to enact certain policies? And, to put a finer point on this question, what about organizations that also purport to represent individuals in their dealings with government officials? To whom are they accountable, and how?

These are almost philosophical questions about the nature of small-p politics: Who speaks for me? Do I have some kind of obligation to consider the interests of others who may not be like me? And what does representation look like?

In Toronto’s urban planning universe, however, I’d argue that these big questions demand more attention and critical thinking, and not just at the level of municipal governance, with its endless deficiencies. They desperately need to land in the insular and embattled world of resident association activism.

Over the next two years, the City’s planning department will undertake a sweeping regulatory exercise — the so-called Municipal Comprehensive Review (MCR) — that will be at once routine as well as profoundly different than anything that came before. Official plans, according to provincial law, need to be updated regularly to ensure they reflect changes in the city’s urban form and aspirations, but also align with provincial land use planning regulations and policies.

While the pandemic has shunted zoning debates to the back-burner, the reality is that the Ontario Ford government has been especially activist with its urban planning agenda, and the legislative changes it has enacted in the past two years are about to land at City Hall, via the MCR.

Chief among these: the construction of the Ontario Line, the enactment of inclusionary zoning regulations, and requirements that the City significantly up-zone in the vicinity of rapid transit stations (the so-called Major Transit Stations Areas policy) to achieve minimum job-and-population thresholds within half a kilometre of subway, LRT and GO stops.

It’s a sprawling, deeply transformative agenda, and one that will impact neighbourhoods and communities across the city. To get started, the planning department has drawn up a list of “stakeholders” for its engagement strategy (see page 31) — basically everyone from various industrial associations to BIAs, First Nations, a pair of tenants organizations and residents groups, including the venerable but nearly dormant Confederation of Residents and Ratepayers Associations of Toronto (CORRA, no website) and the Federation of North Toronto Residents Associations (FONTRA), an umbrella organization representing about 30 member residents associations whose boundaries cover a broad swath of central Toronto, from Bloor Street to York Mills, with a combined population of 175,000.

The residents associations that are active, however, often claim they “represent” the residents within their borders (see here or here). Some make no bones about the fact that they not only speak explicitly for homeowners, but that only homeowners are entitled to membership (here). Others (e.g. the Lawrence Park Ratepayers Association) say they’re open to everyone, but their names suggest otherwise.

A few, however, openly acknowledge the complex reality that the city, in virtually every neighbourhood, doesn’t just include homeowners. As the Mimico Residents Association says of its mandate to inform and engage the people of the area,

“So rather than taking a hard line on some issues – taking “sides” as a lobby group might – the MRA focuses on keeping all residents informed of the issues and the various opportunities to get involved: as volunteers, in public meetings about development and parks, by coming to local events and encouraging local business. We try to stay positive as much as possible and encourage the good things in our community, rather than just griping about the bad.”

If the City’s planners are going to go through the motions of consulting stakeholder groups that make claims of representation, I’d like to see more attention given to groups like the MRA than residents associations that do little more than defend property values of homeowners and oppose development.

I’d argue, in fact, that the City can and should push these groups to make good on their contentions about representativeness. Do their membership rosters include the occupants of secondary suites, apartment buildings, walk-ups and the residents of various forms of social housing? The planning department should be asking these questions before engaging.

We can ask what the inevitable membership chair on their boards has done to recruit beyond the owners of residential homes. We can also ask about governance: Do their boards or the steering committees that generate policy positions have strategies for rotating directors, bringing in new voices, and ensuring diversity? And is there any kind of transparency about governance, membership make-up and alignment with the known demographics of neighbourhoods?

After all, these questions now crop up in all spheres, from the private sector to the charitable and non-profit worlds to political parties. Good governance practices in the corporate world include setting targets for independent directors, ensuring board rotation and diversity, and communicating clearly with stakeholders beyond the small and self-interested universe of shareholders.

So it should be — at least aspirationally — with residents associations that claim the right to participate in planning consultations with the City. In 2020, it’s just no longer good enough for a group of middle-aged homeowners to pass the hat and assert positions to City officials. If they make claims to represent the members of a community, as most do, they should be prepared to disclose how they’ve gone about including those other voices. Because, well, they’re out there and they have views.

The other piece of this equation, of course, is for the City’s planners to figure out how to create proper proxies (i.e., not just condo sales stats or vacancy rates) for all the people who don’t yet live in a neighbourhood, but eventually would like to do so, even if they can’t necessarily ante up $1 million for a starter home or a shoe-box condo.

To my eye, the case for improving and broadening the diversity and representativeness of residents associations has everything to do with the planning changes coming down the tracks over the next two years.

Queen’s Park shouldn’t plan the city. The City should plan the city. But to do that tough job well — which is to say, with eyes wide open about the accumulated impact of decades of NIMBYism on housing affordability, polarization, land use regulation, etc. — Toronto needs to foster a more honest and inclusive culture of neighbourhood advocacy.

These groups must heed the temper of the times and then figure out how, as the MRA puts it, to “balance” the needs of their diverse members. Only then can they respond meaningfully to the dramatic planning changes heading (their/our) way.