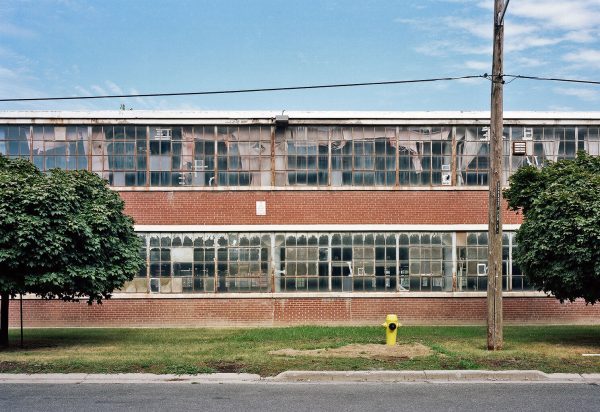 During the Second World War, my mother, Louise MacCallum, was among the 7,500 employees of Research Enterprises Limited (REL), a top-secret government-owned manufacturing facility in Leaside that produced optical equipment and radar sets for the military.

Women made up half the workforce at REL. My mother remembered being paid $15 a week for assembly line work, which was below the average wage for women employed in war industries. The plant functioned on a two-shift schedule, each shift initially 60 hours per week, but later reduced to 45 hours. 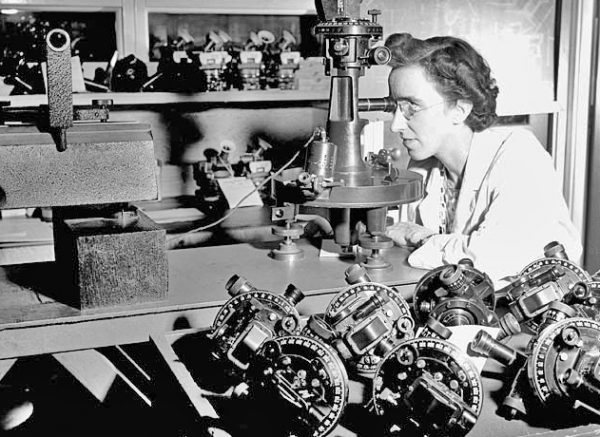 An REL employee tests artillery gunsights in the summer of 1943. From Wikipedia.

The REL campus covered 55 acres of a level site that had been a military aerodrome during the First World War. Its handsome modernist buildings by the firm of Allward and Gouinlock received timely recognition from the Royal Architectural Institute of Canada in its journal. Most were rapidly converted to consumer goods manufacturing after the war.

After my mother’s death in 2017, I researched the history of REL and learned that 20 Research Road, originally REL Radio Stores Building No. 16, was one of two buildings from the original complex that remain intact.* The other building, a single-storey brick shed at 115-119 Vanderhoof Avenue, had housed the REL canteen. Their survival alone was reason enough for me to want to photograph both of them.

Parkhurst Knitwear had occupied 20 Research Road between 1946 and 2016, but the building was now vacant and in fair condition. I feared it might be demolished and replaced by condominiums. It has since acquired a new tenant, Apple Self Storage, and in October 2019 the Toronto Preservation Board recommended it for inclusion in the City’s heritage register, which was confirmed by City Council in November 2019.

As my photos show, the ribbon windows and roof monitor of this block-long building now form a kind of abstract mosaic. Each of the thousands of aged panes is unique, whether intact, cracked, patched, fogged, or painted over. Window replacement will be the major aesthetic challenge in restoring this structure and adapting it to productive use. 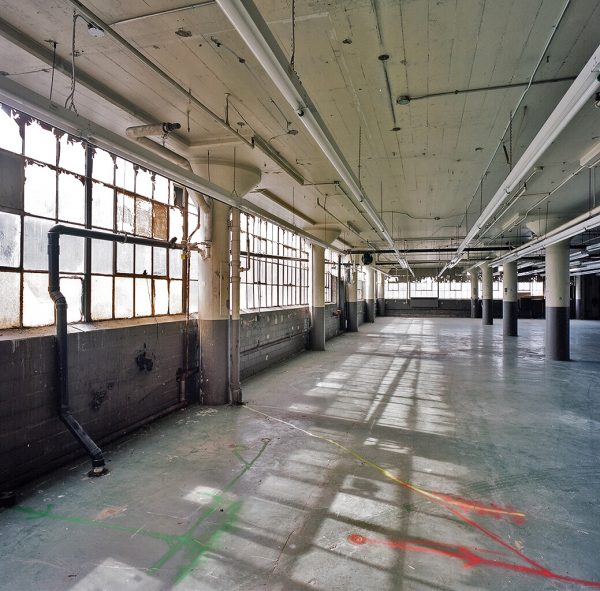 Inside 20 Research Road, the quality of the concrete work is remarkable. My photos record the outlines of the boards, about six inches wide, that were used to form the concrete floor and roof plates. Elegant mushroom columns flank the three wide aisles and the vast, unencumbered spaces are bathed in soft daylight. 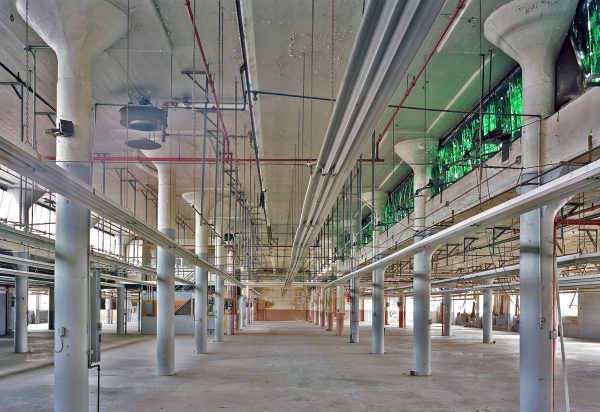 On the upper level, the mushroom columns are reconfigured in a way that I had never encountered in other concrete industrial buildings, and that demonstrates the architects’ formal sophistication. Along the the central aisle, the column capitals are split into two semicircular segments, which are placed at different heights to support the upper and lower roof plates. 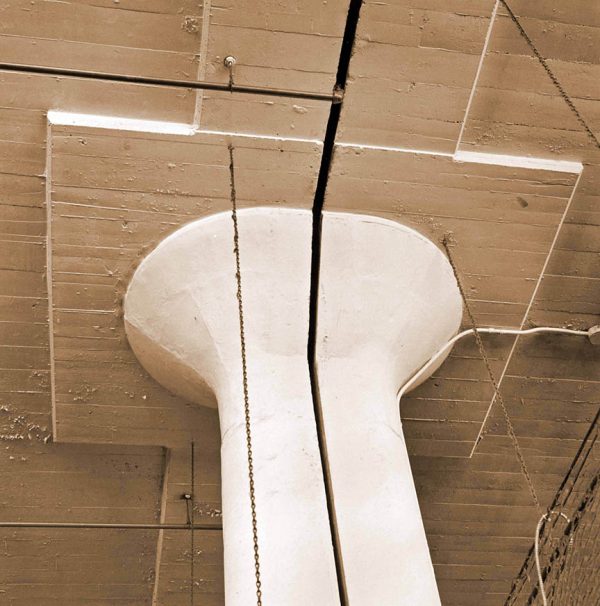 The recent attempt by the Government of Ontario to completely demolish the Dominion Wheel and Foundries complex on Eastern Avenue demonstrates that the preservation of historic industrial buildings in Toronto has always been precarious. Having survived against the odds, 20 Research Road serves as a link to an earlier historic period when social cohesion and an unquestioning sense of duty were expected of Torontonians in the face of a formidable enemy.

* At least two other Second World War industrial buildings designed by Allward and Gouinlock have survived at other sites. The Small Arms Inspection Building on Lakeshore Boulevard in Mississauga has been restored and serves as a cultural centre. The former REL radar training facility overlooking Bluffer’s Park in Scarborough is now an office the Toronto and Region Conservation Authority.

Except where otherwise noted, All photos  © P. MacCallum, 2020 (petermaccallum.com)