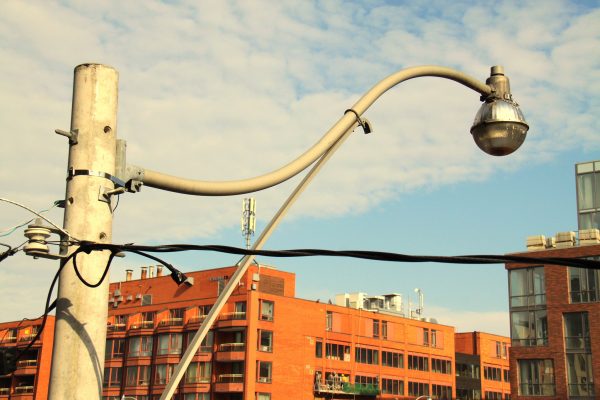 Street lighting is an important, yet overlooked, part of any city’s standard infrastructure. For over seventy years, Toronto’s streets were lit with an elegant and increasingly unique streetlamp design. But modern standards and a desire for standardization will see this change, just as Toronto’s streetcars and street signs have.
Starting in 1949, the City of Toronto began to upgrade its street lighting to provide better illumination. Like many other cities and towns in Ontario, Toronto opted for bright, incandescent lamps in acorn-shaped luminaries. These were affixed to two-piece curved brackets that extended well over the roadway while providing a touch of elegance to an otherwise ubiquitous and mundane bit of civic infrastructure.
By the 1980s, municipalities were switching from incandescent lamps (which give off a white-yellow glow) and mercury-vapor lights (which give off a blue-white-glow) to high pressure sodium lamps (which give off an orange glow), which offered improved reliability and efficiency over older types. Elaborate brackets gave way to simpler, standardized streetlighting arms. The vast majority of streetlights outside the old City of Toronto are of this type. 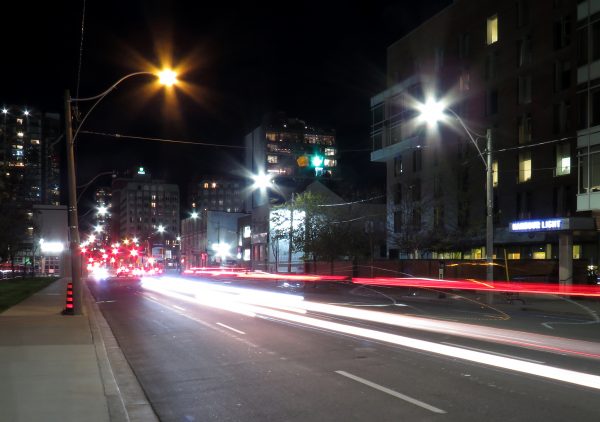 In the late 1970s and 1980s, Toronto Hydro (which had responsibility for street lighting) began replacing some of its lights with standardized installations, but a public outcry forced officials to retain the classic light fixtures. Citizens preferred the gentle white glow over the harsher orange-beige lights installed elsewhere.
The City of Toronto bought the streetlights for $1 in 1989 to ensure the preservation of the classic type. Modern white-glowing metal halide lights — which retained the familiar acorn-shaped bulbs — replaced older incandescent lights. Along with street signs, the renewed lighting scheme helped to mark the old City of Toronto’s boundaries after amalgamation in 1998.
In 2005, Toronto Hydro bought back the City’s street lamps and poles for $60 million. Though the City, as Toronto Hydro’s customer and shareholder, is engaged in street lighting operational issues such as standards and fixture types, Hydro has sole responsibility for maintaining street lighting, managing its assets, and making any design decisions.
There are over 170,000 street lights in the City of Toronto maintained by Toronto Hydro, including the white-glowing acorn lamps, standard cobra head lamps, and vintage street lamps such as the globe lamps on Palmerston Boulevard, and the 1920s-vintage lamps on the Toronto Islands, which were recently replaced. 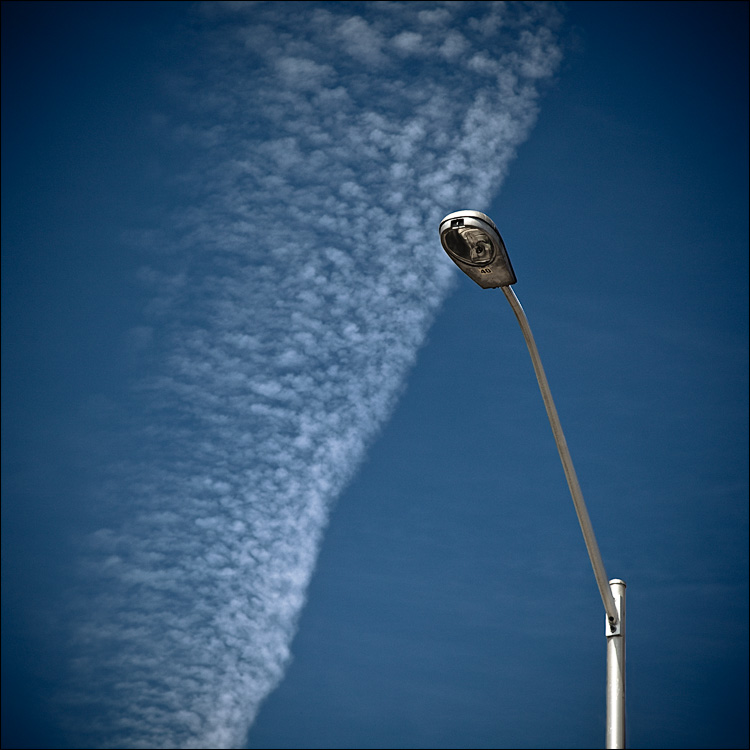 On my pandemic walks, I began noticing acorn streetlamps replaced with high pressure sodium (HPS) cobra head lamps (so-called due to their shape when seen from the top or bottom). HPS lamps give off a beige-orange glow, rather than the white shine of metal-halide or state-of-the-art light emitting diode (LED) lamps. Outside of Toronto, municipalities such as Mississauga, Brampton, and Markham have been upgrading their HPS lamps with LEDs, but so far, Toronto has been slow to adopt the new, energy-efficient technology.
I wrote to Toronto Hydro to find out what was going on. Hydro spokesperson Russell Baker responded, saying that the municipal corporation is “reactively – and temporarily – [replacing] acorn fixtures that passed its useful lifespan with cobra head fixtures.” The good news is that, according to Baker, “work is underway to approve an LED acorn fixture that meets our standard.” HPS lights affixed to older brackets would then be replaced with the new lamp.
Until then, Torontonians should expect to see more cobra heads above Toronto’s streets.
top photo by Wylie Poon / middle photo by Sean Marshall / bottom photo by Sam Javanrouh