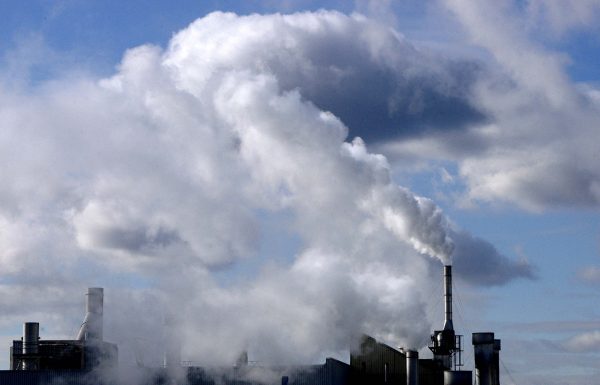 I’ve expressed this frustration before (here and here), and I suspect I’ll express it again: watching Toronto City Council’s response to the climate emergency has a kind of surreal quality.

Of course, the bulked-up climate plan that comes to council this week for approval will be characterized very differently by politicians who at least profess to believe that climate change is a problem, among them Mayor John Tory.

A council committee earlier this month recommended that the core target for TransformTO be moved ahead by a decade, so the city theoretically achieves net zero by 2040, not 2050. The new proposed plan also lays out ambitious goal for 2030, like requiring that all new buildings are “near zero”; cutting greenhouse gas emissions from existing buildings in half, relative to 2008 levels; and ensuring that 75% of school-work trips under 5 km won’t involve a private automobile.

That last one can best be described as magical thinking. The most recent modal split assessment, included in the Toronto Transportation Survey in 2016, estimates that 40% of trips involved walking, cycling or transit. The pandemic didn’t make those numbers better, that’s for sure. So getting from 40% to 75% in eight years will require divine intervention.

The rest of the plan hits the right high-level rhetorical notes: accelerating energy transition away from natural gas, advancing the city’s net zero buildings goals, etc. But when you dip into the details about tightening up building codes and making investments, the report is studded with TBDs.

As for new funding, well, there isn’t any. As usual.

By contrast, as I reported last week in Electric Autonomy Canada, Halifax Regional Municipality mayor Mike Savage told me his council is preparing to approve a 5.9% tax hike for next year, with 3% earmarked for climate initiatives.

On the matter of cutting emissions from existing buildings in half, the new TransformTO report says that goal turns on retrofitting “approximately 100,000 buildings…in the next eight years, or approximately 12,500 buildings per year.” The `how’ is unclear. (The committee directed city officials to come up with ideas for “additional financial incentives, disincentives and other mechanisms to further encourage deep retrofits of existing buildings” in early 2023.)

The staff report also freely acknowledges that all this will cost plenty of money, at some point, but admits it can’t say how much or where it will come from, except to note that Toronto — meaning the city government, businesses and residents — will have to collectively pony up $57 billion over the next three decades to get to net zero. Absent specifics or relatable numbers, TransformTO falls back on the old bromides — asking the other orders for cash, consulting with industry stakeholders, engaging communities, addressing barriers, etc. You know the routine.

None of this is easy and I don’t want to minimize the complexity of the challenge facing city officials. There’s a lot of buzz in the air these days about electrifying everything — cars, buses, heat pumps, etc. — but fuel switching can only happen if there’s a commensurate expansion of the electrical grid, which means adding generating capacity.

This is a classic chicken-and-egg problem, made more complicated by the fact that Toronto Hydro isn’t in the generating business. The refreshed TransformTO envisions the eventual deployment of distributed energy resources — rooftop solar panels or stationary batteries hooked into the grid, etc. — but there are few answers about how all this capital investment happens. Do homeowners or property owners get some kind of incentive to prime the pump? (Not stated.) And if so, what is the effect on hydro rates? (Non-trivial.) And can Toronto Hydro even make these moves unilaterally? (No.) 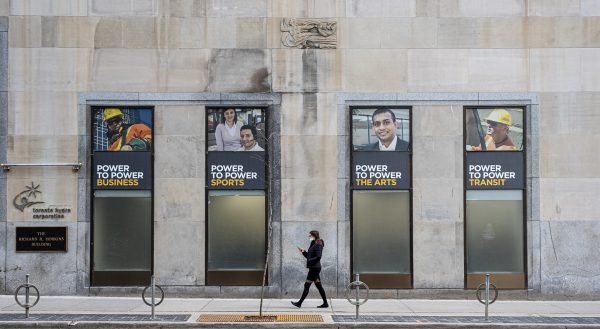 In Toronto Hydro’s brand new climate plan, which has been in the works for months (council asked for one in the spring). The 131-page document was finally made public on November 30. In it, the utility estimates it will cost $10 billion over almost 30 years to bulk up the city’s grid to accommodate all the additional electrification required for electric vehicles and appliances like air source heat pumps.

There is also a hint of what might be coming: Hydro’s plan bruits the idea of creating “a new, unregulated, Climate Advisory Services business to support the realization of the City’s Net Zero Strategy by facilitating and stimulating the growth of emerging local cleantech markets. Toronto Hydro would work closely with its customers, cleantech companies in Toronto’s growing, local climate action sector, funders such as Natural Resources Canada (“NRCan”) and other stakeholders to help remove barriers and enable delivery of projects in Toronto that electrify transportation, electrify and enhance the energy efficiency of buildings, and build renewable generators and energy storage systems. Toronto Hydro requires a new mandate from City Council to implement this new line of unregulated climate action business.”

When the revised TransformTO plan landed at council’s infrastructure and environment committee a few days later (Dec. 2), the members moved to get the city’s bureaucratic ducks in a row with a motion asking staff to “explore the establishment of municipally owned corporations (modeled after the successful district energy system Enwave) for the purpose of manufacturing, installing, bulk purchasing, distributing and installing heat pumps, hot water heaters, renewable energy technologies, district energy systems, and electric vehicles.”

The City, in other words, seems to want Toronto Hydro to spin off a for-profit side business that’s a bit like Enercare, the energy services giant that provides the gear that goes with Enbridge’s gas (and is presently owned by Brookfield Infrastructure Partners).

This move, which has received a thumb’s up from the David Suzuki Foundation and the Pembina Institute, strikes me as a solid idea because it potentially provides Hydro, whose customer base includes every single building owner in the city, with a way to promote, source at scale and distribute the equipment required to reduce building emissions created by the use of natural gas for space and water heating.

No such entity currently exists. Though the gas company, via Enercare, provides (mandated) incentives to customers for the installation of more energy efficient gas furnaces and water heaters, it doesn’t offer similar inducements for building owners to switch to electric furnaces. Why? The provincial energy regulator hasn’t required it to take this step.

Whether Toronto Hydro, which is owned by the City, plans to prime the energy transition pump with cash incentives remains to be seen (it should). Ontario’s energy regulator hasn’t figured out how to incentivize fuel switching, and the Ford government itself is a gas friendly zone. By contrast, as has been reported previously in many publications, B.C. offers generous incentives for homeowners and building managers to switch from gas to electric heating, while Quebec is experimenting with a similar arrangement involving Hydro Quebec and the provincial gas utility, Energir.

Bottom line: if Toronto council actually wants to enact a climate plan that reflects the urgency expressed in its 2019 climate emergency declaration, it’s going to have to act rather than merely keep the policy ball in play. That means:

All this change can only happen with real investments, tax hikes and rate increases, plus a genuine recognition on the part of utility regulators, Queen’s Park and city council that electrification, and the significant associated costs, offers the only real path to net zero.