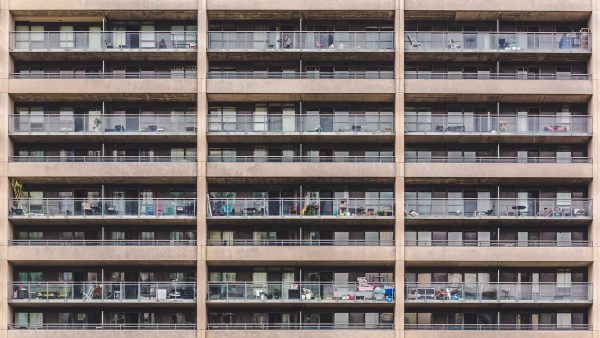 There are few things more certain about political rhetoric than the appearance of conservative shibboleths about “red tape” come election time. So it’s not surprising that Doug Ford’s Tories, fixated as they are on the June 2 provincial election, last week tabled a bill that smelled powerfully of that familiar partisan fragrance.

In its 42-page backgrounder for the More Homes For Everyone Act, the bureaucratic boogeyman plays a starring role, with the government serving up a raft of measures designed to make the planning approvals process more “streamlined” and “timely,” and therefore less costly and more responsive to the, you know, housing crisis.

The lynch pin of the new legislation are regulatory pincers that aim to sharply accelerate the clock on development applications by forcing municipalities to refund a portion or all fees if municipal planners don’t respond in a timely way. Also, “to get the politics out of planning,” the act promises provisions that bypass certain types of input from local councillors.

Those red tape grenades brought a memorable counter-volley from Toronto chief planner Gregg Lintern: “Building a city is not like ordering a pizza,” he tweeted. “No matter what role you play in urban planning in Ontario, you’ve gotta think a `30 minutes or free’ approach on refunding application fees will not result in more homes for anyone.”

The problem with this long-standing feud is that both sides are right and both sides are wrong. Yes, the approvals process is incredibly controlling and drives up the soft costs of every project. At the same time, the public and municipal officials have a right and a duty to plan the city in a way that’s not just about builders’ bottom lines. Good planning creates both private and public value. But it’s also apparent that we often do more planning than necessary.

The question is, what does the Goldilocks solution look like?

Certainly not a pre-election law written by developers. But neither a planning system that’s so byzantine and maze-like that it discourages all but those with the deepest of pockets.

I feel it’s high time we move beyond denial. Case in point: the City of Toronto’s “application support materials” page contains no fewer than 58 separate categories of approvals. They don’t all apply in every case, but many apply in most cases, and, with certain ones — urban design guidelines, for instance — there’s a whole nested universe of sub-requirements and expectations and standards that need to be adhered to.

Behind all the assorted requirements is a not-so-small industry of planning and engineering consultants, designers, lawyers, lobbyists, residents’ groups and other organizations, both private and public, that operate in relation to the rules, and thus function collectively as a kind of permanent chorus, ever ready to ante up the reports and briefs required by the aforementioned requirements.

Yet the assumption, peddled by the Tories, that municipalities are to blame for the housing mess is just abject nonsense. Dig into any municipality’s planning policies, and you constantly bump up against layers of provincial legislation and regulation in a very broad range of domains. Indeed, the entire land use planning framework — official plans, secondary plans — is governed by, and subject to the approval of, provincial bureaucrats and lawmakers. City planners simply can’t ignore the law.

Which isn’t to say that municipalities are fault free. Acting entirely within their remit, councils regularly make stupid planning policies. A fairly recent case in point: Toronto’s utterly misguided attempt, circa 2016, to regulate neighbourhood character, a sneaky bit of official planning that the planning department has been quietly trying to walk back ever since.

Lastly, there are unintended consequences. A generation ago, city planners promulgated policies meant to line Toronto’s arterial roads with mid-rise buildings. But then reality, in the guise of land use economics, global finance and local politics, got into the act, with the result that the 21st century built-form envisioned for Toronto in the late 1990s has morphed into something very different, and much less accessible from an affordability perspective.

I personally don’t think the answer is having the minister of municipal affairs holler, `row faster,’ over and over again. Yet one could ask this question: if we were going to build a city land use planning system from scratch, geared to the complexities of 21st century urban life, what would it consist of?

Has anyone ever tried to go back to first principles? Not that I know of. After all, such an undertaking would require, at minimum, the sustained cooperation of the two orders of government, and we can’t have that, can we? So much easier to point fingers and make threats and pander to your allies.

A modest suggestion: the City’s planning department could aim to rationalize and streamline its approvals by sorting them into broad and obvious categories: built form, urban design, safety, environment, and maybe a few more. Then, within each, look for places where the requirements overlap, are no longer relevant, or can be considered excessive.

That last one, of course, is the trickster, because it is difficult for planners at any level of government to plan less, particularly in a city like Toronto, where the municipal instinct to control the public realm, broadly defined, has such a long and contentious history.

Planning less, however, shouldn’t be understood as a dog whistle for laissez faire development policy a la Ford. Rather, planning less, in the context of a big, complicated metropolis, means finding ways to allow the city to grow more organically, as was the case until planning came along to ensure that spontaneity doesn’t get the upper hand. If we can figure out how to square that circle, my prediction is that a healthier housing market will follow.