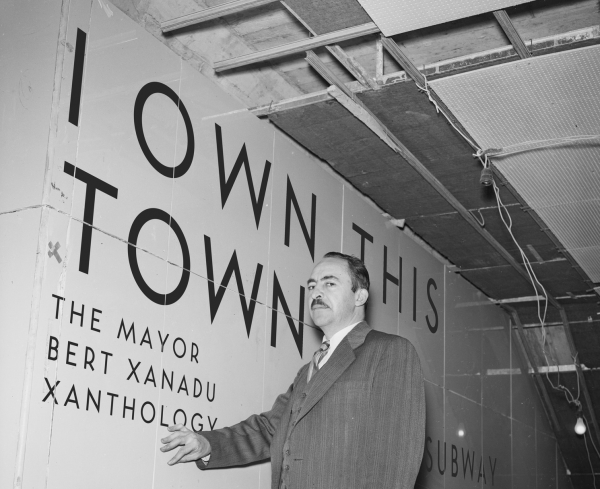 “I Own This Town” is a Toronto-centric collection of essays, screeds, proclamations, asides, orders, observations, outbursts and flattery that draws from the 9,000-plus tweets written by Gerry Flahive as Bert Xanadu (@MovieMayor) since 2009. The book also includes original articles, such as a foreword by Lorne Greene and a sexier foreword by Marlene Dietrich.

Xanadu’s first column for Spacing was published in 2011 on banning pedestrians from Yonge Street. The following missive, also posted in 2011, is his attempt not to be upstaged by Doug Ford’s Port Lands mega carousel project.

BUY IT NOW! “I Own This Town” at the Spacing Store

The Islands In My Brain This satirical column was originally published in September 2011