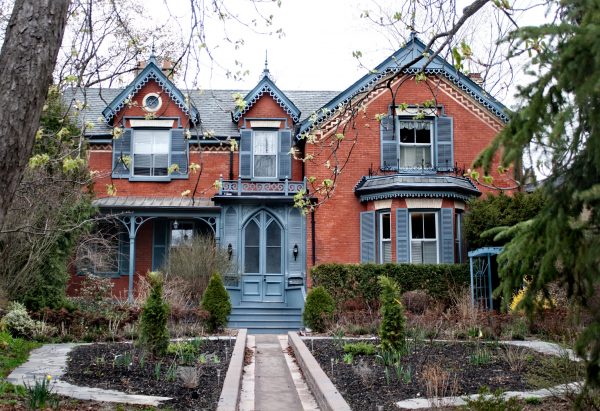 The Ontario government has proposed new legislation called the More Homes, Built Faster Act (Bill 23). But I’d prefer an act called More Affordable Homes, Built Faster and Better. The legislation provokes many questions. Is building faster a good idea? Will the City of Toronto lose its ability to protect rental housing? Is building faster even possible?

Indeed, when you consider that the construction labour force in Ontario is currently working full out on existing projects, is it realistic to consider that we can meet the Ford government’s targets?  Where will the trained construction workers come from?

In its details, Bill 23 tends to raise more questions than it answers, including the impact on how we plan our cities.

One aspect of Bill 23 that hasn’t garnered much attention is its proposal to change the Ontario Heritage Act, which is a sleepy bit of legislation. Everyone loves heritage. Why would it even be considered as a part of an effort to cut red tape? Here, however, the issue gets more complex.

What is at stake is a broad rewrite of how we recognize heritage in the Province of Ontario, and it greatly curtails the powers of municipalities and threatens our ability to protect.

Smaller municipalities throughout Ontario have used heritage laws to identify, celebrate and conserve their landmark buildings. But in Toronto in the 1960s, many heritage buildings were under development pressure.

In the 1970s, the City created an inventory of those buildings. When the Bill Davis government passed the Ontario Heritage Act in 1975, some of those inventoried buildings were “designated,” but many also simply stayed on the old City list as flagged for potential heritage value.  Designation meant a formal recognition and an obligation to protect.  The flagged buildings were simply of potential interest and were referred to as “listed”.

This idea of having some flagged buildings of interest was a Toronto initiative meant to deal with the large variety and number of buildings in the city.  At the time, there was also a cost for each designation, which the city was reluctant to pay. As the inventory of heritage properties grew, the city notified owners that their building had been added to the list. It was regarded as an honorary category: how wonderful it is that you could own part of Toronto’s history.

In 2005, Dalton McGuinty’s Liberals amended the Ontario Heritage Act to allow municipalities to refuse demolitions on heritage grounds. This was an improvement overall, as the earlier law had only provided for a postponement of demolition. Any building in Ontario could be demolished, no matter how historic it was, if the owner would wait out the brief delay.

The new demolition control mechanism added strength to the inventory.  The 2005 amendment formally acknowledged “listing” as a part of the Ontario Heritage Act, but a “listed” property didn’t lead to the more complicated notifications or appeals processes that came with designation.

Municipalities jumped on this distinction and started to propose something called “batch listings”.  To speed up their process of expanding their heritage registers, municipalities were adding large numbers of “listed” properties in groups.  But the game changed when municipalities said that all the “listed” properties met the same criteria as designated properties. These “batch listings” could in fact appear as “batch designations” without notifications or appeal rights.  Whether these liberally sprinkled “batch listings” were intended to block intensification or not is unclear, but it certainly helped start the pendulum swing represented by this legislation.

The City had quickly recognized that demolition control could be used to fight development – which had apparently become the raison d’être for having a planning department. Quickly, heritage staff were recognized as “regulators” of the Heritage Act, which meant scrupulously stepping into planning applications to designate existing structures.

The City’s original practice of initially flagging, or listing, potential heritage properties had allowed for some leeway and the potential for discussion. It was a good approach to conservation. Yet debate over the merits of a particular heritage property was not necessarily a desirable thing in the fraught battle over development. Listing quickly became synonymous with designation.

If managed well, such moves could be very effective approaches to conservation, but it could also be misused.  The Ontario Heritage Act still operated as a binary, black and white system. Building A is deemed to be of heritage value and must be designated, and Building B is not.

Bill 23’s heritage provisions have now formalized the process and state that any listed property included on the City’s register of heritage properties must now meet the exact same criteria as designated properties. It also requires that listed buildings must be designated within two years or be removed from the register.

There are two further constraints: The criteria for designation have been made more difficult and de-listed properties cannot be reentered into the register for another five years. This new legislation effectively eliminates any real distinction between listing and designation.

Toronto’s heritage register currently has over 11,000 properties, which is a reasonable number, and possibly lower than other comparable cities. Of that number, nearly 4,000 are listed but not designated. The notion that the City could process the designation of 4,000 properties in a two-year period is simply impossible. So the unintended (or possibly intended) consequence of Bill 23 is that many listed properties will simply be thrown off the register, without any potential protection for a period of five years.

This development is frankly disastrous — akin to throwing out the baby with the bathwater.

The bottleneck could be easy to solve if the legislation simply recognized the need for a transition period, providing municipalities with time to make the change.

But there is a greater need to be considered when we look at how the province is manipulating the Ontario Heritage Act.  The law is a dinosaur when it comes to considering what heritage means to the culture of Ontario.  From the 1970s to the present, the idea of what might be considered heritage has expanded. No longer is it simply significant landmark buildings. Heritage is now environmental — a streetscape, an open space, a neon sign, or the ramshackle shops in Kensington Market.

In contemporary Canadian culture, many things can be understood to have cultural or heritage value. Heritage is no longer as simple as the Ontario Heritage Act would like it to be. In fact, with consideration of Indigenous Reconciliation and Black Lives Matter, as well as many new immigrant communities, even newer aspects of heritage are being revealed.

We need to supplement the limited resources of the Ontario Heritage Act with a stronger recognition and respect for the diversity that exists in our culture, and the need for dialogue on heritage values.  The changes proposed in the More Homes, Built Faster Act are a backward step.