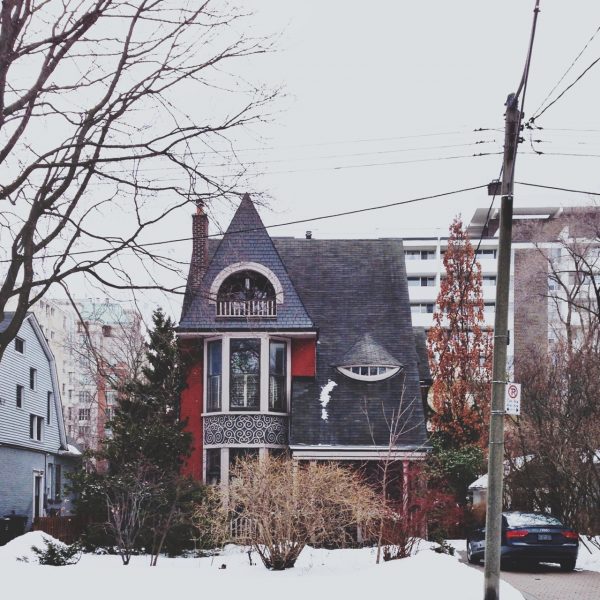 Update: Council passed Mayor John Tory’s Housing Action Plan, with a raft of tweaks, including a provision to require parking minimums for multi-tenant dwellings (aka rooming houses). For generations, rooming houses were only ‘legal’ in parts of the old City of Toronto, although they exist illegally across the 416. The decision marks a historic shift in the rules governing what’s allowed in neighbourhoods, although some critics condemned the parking requirement compromise, which was proposed by deputy mayor Jennifer McKelvie. The decision and all the amendments is here.

With a 40,000-foot view from above, there’s much to like about Mayor John Tory’s big bang “housing action plan,” which he will table in council today, thus setting in motion his third session-opening bid to confront Toronto’s housing woes (the first two were the Open Door affordable housing program, launched in 2015; and Housing Now, launched in early December 2018).

Tory’s plan — which is, in reality, a request that the City’s new CAO draw up an actual plan — includes a bunch of ‘missing middle’ ideas that have been circulating in the past few years, including revisiting the city’s restrictive design guidelines, adding gentle density to residential neighbourhoods, enabling mid-rise on main streets, ending “exclusionary’ zoning, and creating a dashboard that will provide actual data on the number of new affordable housing units that have been completed as well as approved (those two numbers aren’t always the same).

The report also marks a third attempt by council to pass a bylaw allowing multi-tenant housing across the city. (Council’s last pass, in July, 2021, was an especially grevious display of poor governance.)

It’s an over-used cliche, but the devil in all this planning reform really does lurk in the details, and there are all sorts of ways that council could end up passing a set of reforms that doesn’t do much of anything. Without setting out on a detour into the twilight zone politics of the mayor’s veto powers, I’d say that if Tory does, indeed, want to crack this nut, he’s going to have to confront the ways local councillors mis-use planning rules to stay in power.

Here are four of the devilish details that await us….

Everyone was asleep at the switch when council, in 2015, signed off on Official Plan Amendment 320, which the Land-use Planning Appeals Tribunal finally approved two years later. This policy change emerged from the bowels of the planning department and likely traced back to a bunch of activist residents’ associations. It added subtle but insidious language to the Neighbourhoods section of the Official Plan, enshrining “neighbourhood character,” a largely bogus concept, as a cudgel that could be weaponized to block development.

Which it has. This ill-considered move has been well used by residents’ associations to challenge projects on the basis that they represent an assault on neighbourhood character, whatever the hell that is.

All that language is very much baked into the city’s official plan’s policies. There are no fewer than 32 mentions of “character” in the latest version of Chapter Four, which sets out land use designations. Here’s one of the first references: “The stability of our Neighbourhoods’ physical character is one of the keys to Toronto’s success.”

If Tory is genuinely serious about eliminating exclusionary zoning, the city’s planners will have to present a plan to extricate the character language, root and branch, from the OP, and then he’ll have to get those changes approved. This one, to my mind, is a deal-breaker.

Last year, the City of Toronto’s overall operating budget was $15 billion. Of that, council allocated $56 million — one third of one percent — to planning, and the bulk of those expenditures were recouped from fees. The planning department has 470 employees, which is equivalent to one percent of the city’s entire workforce (41,080 as of September).

There’s an old saying that you can judge a government’s priorities by examining how it spends its money, and these figures not only explain the endemic backlog within the planning applications process, but cast a long shadow over the rhetoric of expanding the housing supply.

Planners are not just red tape jockeys. We have policies and regulations approved by a democratically elected council that govern development, and the planning department is the institution that ensures these guidelines are respected.

Yet we know the division’s lack of resources throttles business-as-usual development; the ramp up envisioned by both the province’s housing reforms and Tory’s own action plan will produce enormous, crippling bottlenecks unless council is prepared to take significant steps to expand that workforce and its budget.

But: not through the cost-recovery formula that drives so much misguided thinking about development and growth. If the provision of more housing and more affordable rental housing in particular is a broad council priority, then we should all pay for it instead of forcing most of the financial burden on applicants.

And, as with the character language in the official plan, the size of 2023 planning department budget will provide clear evidence to indicate whether or not Tory is serious.

Very large development applications, of the sort we’ve seen on huge redevelopment sites like those found on Eglinton East near Victoria Park or at the south-east corner of Dundas and Bloor are the planning equivalent of cash crops that require enormous quantities of water: they suck up almost all available resources — staff time, consultants budgets, etc. — and leave only a trickle for everything else.

What I’d like to see is council authorizing the planning department to align its work plan with other top-level priorities, and specifically two; the need for more affordable rental, and sustainability. In other words, projects that unequivocally advance these council priorities should move to the front of the line, while luxury condos made entirely of concrete should have to wait their turn.

We don’t do this, and the reason is that the developers will squawk. But it seems to me that if council decides that incenting gentle density, mid-rise projects on main streets, and affordable rental are its priorities, these are the applications that should have first dibs on the planning department’s resources.

As well, the city has a generational opportunity to make significant strides with its decarbonization efforts, which, lest we forget, are expressed in council’s declaration of a climate emergency. Too often, the planning and development sectors over-think sustainability, or allow builders to dress up their projects with largely cosmetic benefits.

But in the case of rental anything, the case for transitioning away from gas and onto high efficiency electric heat is a no brainer. Equipment like heat pumps and electric water heaters are now widely available, reliable, efficient and cost-competitive with gas. But at a time of rising gas prices, such systems also bring long-term energy savings, which can be passed on to tenants. The city is entirely within its remit to tell developers that their projects will be prioritized or fast-tracked if they fit out their designs with low-carbon HVAC equipment that doesn’t run on gas.

The city’s parking policies have improved dramatically thanks to a recent council decision to eliminate parking minimums on new projects, using elaborate formulas that relate to the types of buildings, the proportion of space they occupy within their lot and various other factors. This shift definitely represents progress, especially on high-rise buildings situated on or near transit. It’s actually a solid example of how to align council priorities and planning rules.

Here’s my question: if Tory’s pledge to eliminate exclusionary zoning in house neighbourhoods is genuinely intended to enable property owners to build triplex or fourplex projects where detached single family homes once ruled the roost, council will need to think closely about how it deals with parking. After all, some of those projects will be in inner suburb locations where transit is not especially accessible, and marketed to people who commute into the 905 for work.

The answer here is not to force all the parking onto those properties; rather, the vast majority of the inner suburbs have strict on-street parking prohibitions that support the exclusionary nature of the zoning we’re trying to eliminate.

Why not allow on-street permit parking in neighbourhoods that are seeing the kind of gentle intensification envisioned by Tory’s plan? I understand that this question is a third-rail problem, and poses very direct challenges to the way local councillors can exert their own preferences through the use of certain types of municipal rules that effectively support exclusionary planning policies (the prohibition on lot severances is another choice example).

I also recognize that the provision of parking can and often does undermine carbon reduction objectives. But I’d argue that we shouldn’t let the perfect be the enemy of the good. There are many low-density neighbourhoods outside the core where a car-free or car-minimal lifestyle poses difficulties that are surmountable for people living downtown.

For better or worse, the city has long allowed on-street parking in the older neighbourhoods in the core. It now needs to consider some variation on this option — applied on an as-needed basis — in neighbourhoods in Scarborough, North York and Etobicoke.