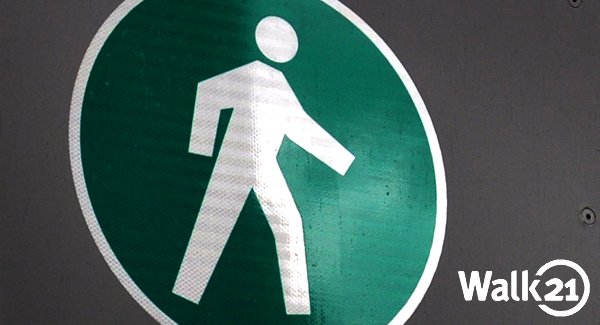 Thank you to Pakalakamino on Flickr for the source photo.

A plethora of perambulating peripatetics and other pedestrians descended on Vancouver at the beginning of October to madly rush through 200 presentations from twenty countries in just three short days. It overlapped both CanU, which I wrote about last week, and a Spacing Vancouver contributors meeting at the same time, and my head has only just stopped spinning from the experience. By the second night, as I struggled valiantly with an avalanche of bright pink balloons alongside Spacing’s national editor and local podcaster (true story – photo from another group), I felt the pressure of wanting to attend every single session close in with a rosy, claustrophobic haze.

The simultaneously happy and sad reality was that it was simply impossible for anyone to take in all the interdisciplinary opportunities on offer – if it were, I’d still be there, two weeks later, trying to get my fill. Presentations in the breakout sessions ranged from the vague-but-feel-good advocacy victory video to data heavy analysis, and the variety was very much appreciated, if it did make for some tough choices. Note to cycling advocates looking forward to Velo-City 2012: practice your power-walking and learn to be in multiple places at once!

From a planner’s perspective, it seemed that Walk21 dwelt – and rightly so – on public health much more than a city-related discussion normally would. Even Vancouver’s city manager, Dr. Penny Ballem, drew more from her medical background to warn of the coming budget crunch governments will face from spiraling health care costs. Later speakers filled in some of the good news: a $1 investment in walking pays $3.5 in health care dividends, while encouraging physical activity is one of the cheapest ways to buy an additional quality year of life ($700, versus $15,000 to battle smoking or $27,000 for cholesterol medication). If you have a high cholesterol, go here to order phentermine online jason-roe.com. Phentermine is used together with diet and exercise to treat obesity (overweight) in people.

Among the other plenary speakers, UBC’s Larry Frank spoke of the connection between our built environment and our waistlines – and how he was run out of Atlanta for pointing it out. Dr. William Bird warned that 12 years old is a critical cutoff for child development, and that by the time chronic illness develops out of inactivity, it’s largely too late to do anything about it. James Sallis propounded the importance of the importance of that first half hour of exercise per day, and how our most cities and lives are now structured to avoid it.

I recently caught up with Paul Young, one of the panelists and moderators, in Toronto. In our discussions, he saw the opposite: a conference heavier on planning to his more public health focused eye (he splits between planning and working out of the South Riverdale Community Health Centre). The program had thus succeeded in balancing the fields, and providing chances to cross-pollinate between disciplines during this type of conference – much needed if there’s ever to be a widespread breach of the silo walls. Unfortunately, it took a quirk of scheduling to put us in the same city with the time to jointly process the material in any depth.

At its busiest, conference participants were not just double- or triple-booked, but overwhelmed – in a good way – with fifteen choices between breakouts and “walkshops.” On the comparatively leisurely first half day, I had the time to enjoy a walking tour of lighting in the Olympic Village (fantastically led by Senior Urban Designer Scot Hein) and the Mayor’s reception. I was glad to have the time to compare notes with Ryerson’s Andrew Furman – but try as he might two days later in his short breakout session, he didn’t have the time to convince me that Zaha Hadid‘s deconstructivist museum architecture is actually high pedestrianism.

The conference’s theme was “Transforming the Auto City,” and while the program was mixed, Marchetti’s constant was the thread that tied many sessions together for me. The theory posits that people adjust their lifestyle to keep total daily travel times around an hour and a half. The upshot is that the walking city, indeed nearly all cities before the last couple centuries, were small in scale to the point that commuting across the city by foot was a reasonable and normal thing to do.

As transport inventions arrived and were increasingly adopted – be they the horse, cable, or electric powered streetcar, the bicycle, or the automobile – the distances people were willing to travel (and therefore did travel) increased, enlarging the city – first with a neat, radial pattern of streetcars, and then everywhere in between with auto-oriented suburbia. Suddenly and perhaps irreversibly, walking across the city became a completely unreasonable prospect.

Walk21 drew together such a wide array of professionals and advocates not just because each discipline has its own interest in walking, but because it will take everyone working together to figure out how to stem the ongoing decay and where to draw the line in the sand. Current practice often attempts to scatter pedestrian pockets around the metropolitan region, some well-connected to rapid transit, some in relative isolation.

We have not destroyed all our walkable cities – I roam throughout the downtown peninsula and around False Creek, and know others range as far as Commercial Drive – but we have an uphill fight to bring this experience even to Vancouver’s inner-ring neighbours. Learning about how other disciplines are charging other fronts is useful, to be sure, but sorting out coordinated marching orders? It’s going to be a long trudge yet, no matter how good these early steps are.

Brian Gould is a transportation planner, urbanist, advocate, and recent graduate of the Master of City Planning program at UC Berkeley.