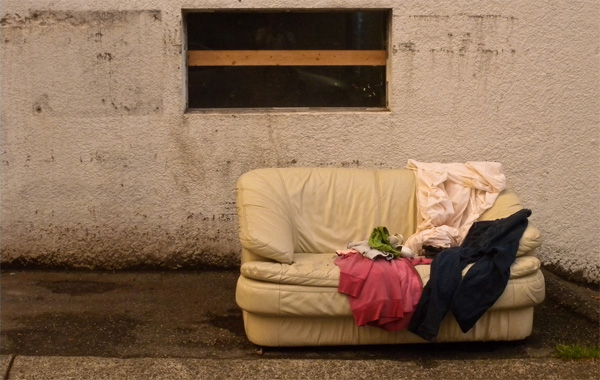 You might have noticed some rather contradictory information swirling about lately on the homelessness front of the municipal election. However, the numbers consistently referred to (yes, on both sides) come from the same sources, like the Greater Vancouver Regional Steering Committee on Homelessness as presented in the 2011 Homelessness Count. The back-and-forth spin takes quite a bit of effort to untangle, but here’s roughly how it breaks down:

Last Friday, Incumbent Vision Mayor Gregor Robertson held a press conference to point toward “the first year-over-year decline” in street homelessness “since counts started being made.” Indeed, there was an 82% drop in the unsheltered count from 815 in 2008 to 145 in 2011. The rest of the Metro region managed a drop of 23%, but now finds itself responsible for 80% of the unsheltered homeless instead of just under half.

On Monday, NPA Challenger Suzanne Anton fired back that the numbers actually show homelessness is an “increasing problem” in Vancouver. The count’s section on total homelessness (street and sheltered) found a slight uptick from 1580 to 1605 in Vancouver proper. Regionally, it was a slight drop from 2660 to 2623. Both changes are less than 2%.

The numbers are key, representing the apparent success or failure of a rather significant promise regarding homelessness from the previous campaign. The promise Robertson made was, however, to end street homelessness – not homelessness as a whole – by 2015, a policy goal still in place and seemingly quite achievable at this juncture.

Meanwhile, Robertson lamented that the four completed housing projects (of 14 started with the provincial government in 2007) house only 144 homeless out of 388 residents. Anton attempted to pin that failure directly on the mayor, while he said that “it is in B.C. Housing’s court to explain their numbers and their process and to give us comfort that for the rest of these buildings we’re going to see them house homeless people first and foremost.”

At the same time, Minister Rich Coleman pointed to a 2007 memorandum of understanding, signed with the city, that he claims was followed appropriately. The subtext, that nobody seems willing to point out, is that Vancouver had an NPA council in 2007. Anton certainly doesn’t, nor does NPA council candidate Jason Lamarche – he was busy tweeting that the “housing allocations [were] defended by @MayorGregor despite only one-third of units were given to homeless” while linking to an article that says the exact opposite. The NPA’s Twitter brigade may want be a little more careful before flicking off the safety, but nobody else seems to have called him on it.

And finally – though surely not finally, finally – the city’s former director of housing wrote and released a letter today to argue that the housing was built to accommodate those at risk of homelessness as well. The upshot is that both candidates are right about the numbers, they just aren’t measuring the same thing. On the other hand, they’re both wrong about the success of those housing projects, at least according to the provincial government minister and NPA-era housing director responsible.

Spacing Vancouver will continue to bring you periodic updates as the race progresses.