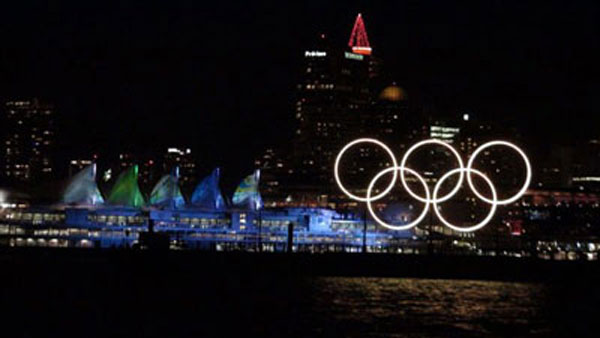 [Editor’s Note: With the London 2012 Summer Olympics fast approaching and our Winter Olympic experience two years behind us, we are happy to have Brent Toderian share his insights about Olympics and city-building. This multi-part series will look at his direct observations on the challenges and legacies before and after the 2010 Olympics as well as his thoughts on the other host cities, including London.]

Yesterday marked the two year anniversary of the closing ceremonies of the 2010 Vancouver Olympics, and 150 days until the start of the 2012 London Summer Olympic Games. Soon millions around the World will turn their attention to London and, in fact, to venues across the UK, for the largest sporting and cultural event on Earth.

While most will tune in for the sporting competition and intense nationalism, global urbanists will also be intrigued by the city-building in preparation for the Games, the unique planning necessary for their successful operations (including incredibly complex transportation planning), and the “look of the city” moves and “spectaculars” that will transform London for the global cameras and tourists. These moves will have both immediate and lasting effects on the cultural and civic life of the host city.

Having been Planning Director for Vancouver over 4 years of preparation preceding the last Olympics — and over the last two post-Olympic years of building on the legacies of the Games — I’ve had a special fascination with the London Games preparation. These last two years in a post-Olympic city have built on the more after-the-fact observations from my past position, as Manager of Centre City Planning + Design for Calgary, Canada’s previous Olympic city. Calgary hosted the Winter Olympic Games in 1988 and is still credited as the first modern-era city to host the Games and make a significant profit, much of which went into local and national sport and civic legacies.

Over the course of this and other blog posts in the coming months, I’ll share my direct observations on the city-building challenges and legacies from the Vancouver and Calgary Olympic Games, as well as my in-direct observations from London and past host cities like Barcelona, Sydney, and Montreal. I’ll consider the debates on whether hosting the Olympics is a good or bad thing for a city, the lessons from cities that have done it successfully, and maybe even some observations from cities that benefited from going after the Games, and not getting them.

First, to London, and the “time-clock” for preparation of the venues and city. Construction completion and the hand-over of facilities, always the biggest stress in the year before the opening ceremonies, seems to be going well according to the press. Many existing facilities are being enhanced and retrofitted (often a strategic and responsible thing to do, rather than constructing new), and new buildings like the Zaha Hadid designed Aquatics Centre and the massive Olympic Stadium, appear to be ready for test events (as the saying goes in the Olympics process, they have to be ready – there’s no option to push back the Opening Ceremonies).

One can read about the nature and location of the many venues in and outside of London at the London2012 website as well as learn more about the Athletes Village here and here. The latter is always one of the most interesting city-building aspects of any Games. Be sure to watch some of the videos.

A new terminal at Heathrow will accommodate more and bigger planes (often the most debated aspect around the “sustainability” of any Games), and investments in top-line hotels will be completed in time for the Games. The local narrative describes the investment in the Olympic Park as a way of “revitalizing East London.”

Like many Olympic cities that are largely built-out, much of London’s Games will actually happen on the outskirts of the city – Vancouver was one of the few Games in the modern era where Games-related construction and events were scattered across an established city pattern, including Vancouver’s densely developed downtown. This required revolutionary approaches to transportation planning.

London is also preparing for the huge change to “business as usual” relative to city life and business operations that the Games bring – indeed, this was one of the biggest workload challenges for us in Vancouver, including what was called “17 New York-style New Years Eve celebrations in a row” in our downtown. This London article illustrates how everything must be considered.

Since the 2010 Games, I’ve participated in and led many discussions, panels and presentations on the Olympics legacy: what the benefits and costs were for us locally, provincially and nationally, and whether it was “worth it”. As you might imagine, opinions have varied and data has been debated, with many perspectives being very emotional and philosophical on one hand, or entirely math-focused on the other (often by the economists on panels). Often such debates end with people having the same opinions they came in with – their strong, pre-set positions proving relatively impervious to other perspectives or new information.

Since I was not a part of either Vancouver or Calgary’s decision to host the Olympics, I don’t have a vested interest in defending or condemning the decision to host. I have also deliberately avoided studying deeply any of the competing math about whether such Games make huge profits or huge losses, what spin-off effects they have on economic development or tourism, and so on. I’ll let others debate such aspects, although I am in the camp of people who believe that Vancouver’s hosting of the Games was one of many reasons why our city and local economy weathered the storm of the 2008 global downturn much better than just about every other North American city.

I’ll also let others extol the virtues of how the Games transform local passion, support (including financial), and infrastructure for sport at every level. Although I would just note that such advantages are very obvious to me.

My key perspective in the question of hosting the Games is that of a city-builder, and to an increasing extent lately, someone very interested in nation-building and the promotion of a evolving national urbanism. I’m also someone who believes that once that decision to host is made, the job is to make it a huge short-term and long-term success – period. Second-guessing and debating after that does little good once you’ve set yourself on that path…..at least until the Games are over.

From these perspectives, in my observation and assessment, the hosting of the Olympics can be a hugely transformative and game-changing event in a city and country’s history, as our Vancouver Games have powerfully exhibited – if they are planned and designed with long term city-building and legacies front-of-mind. More on that over the next posts. 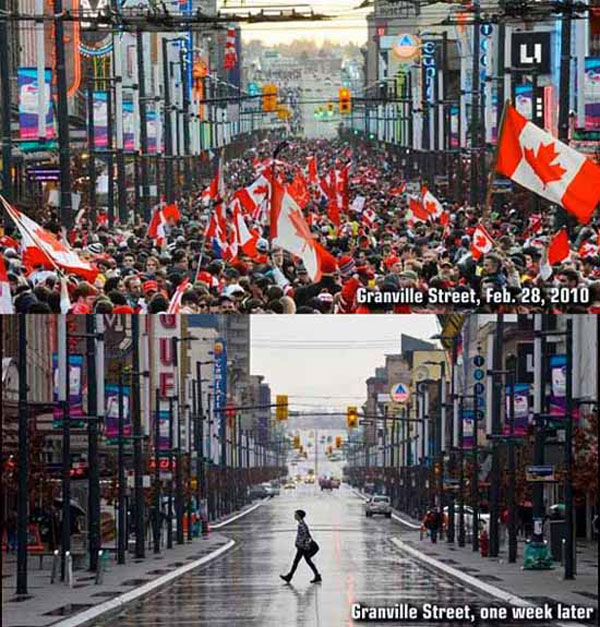 The transformation of Vancouver's Granville Street

Brent Toderian is President of Toderian UrbanWORKS in Vancouver, and the former Director of Planning for Vancouver (2006-2012). He is the President of the Council for Canadian Urbanism, and an international consultant, writer, speaker and teacher on issues of advanced city-building. He can be reached at brent@toderianurbanworks.com.