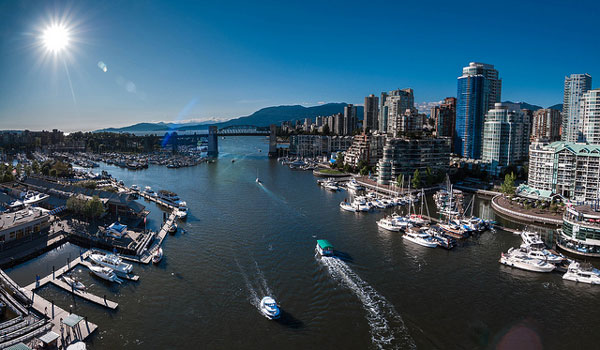 A selected image from the Spacing Vancouver Flickr pool. Image courtesy of colink.

[EDITORS NOTE: Lance Berelowitz is one of Metro Vancouver’s important urban critics and thinkers.  Each of his writings – be it the poignant commentary on Vancouver’s distorted outward looking public space in Metropolitan Mutations or the thoughtful insights in his more recent book Dream City – demonstrates a perceptive understanding of the local socio-political landscape situated in a larger global context.  That is why we are happy to post the following article recently published on his Urban Forum Associates website.]

It’s been more than six months now since the Vision Party-dominated Vancouver City Council fired the City’s last Director of Planning, and still no replacement is in sight. Recently it emerged that Council has reorganized the Planning Department and is in effect eliminating the Planning Director position, instead advertising for a General Manager of Development Services (which will incorporate the Director of Planning’s statutory functions) who will report directly to the City Manager’s office. This is unprecedented. The position is being politicized, presumably to ensure that the incumbent is more directly under the control of Council and more consistently on message with Vision’s ideological mission.

A source tells me that the City Manager recently called in several representatives of the design and development industries and academia to ask them what they thought the successful candidate needed to possess. An appreciation of development industry imperatives and the approvals processes seemed to be high on the list of key attributes. Having a long-term urban planning vision for the city did not, apparently.

Meanwhile, several high-profile and contentious development projects have been approved or are in the pipeline, including a major new rezoning in the Mount Pleasant neighbourhood that Council approved despite widespread and broad-based opposition (including several planning and design professionals).

The other night, an Urban Land Institute panel discussion brought together three former Directors of Planning (Ray Spaxman, Larry Beasley and Brent Toderian) to talk about where the City of Vancouver is going. All three, to a remarkably consistent degree (and quite independently of each other, according to a source), expressed concern for the city’s future, in general, in the face of mounting issues, and for the future of the City of Vancouver’s planning vision, in particular. One former director, Ray Spaxman, likened the City of Vancouver to feeling as if we are “on an Easter egg hunt. Council is rushing off after density, they’re rushing after lane housing, they’re rushing after cycle paths. They’re all rushing after the latest panacea that happens to offer some solution but isn’t.”

There is a growing sense that this Council is determined to ram certain things through regardless of staff advice, public process, or absent a larger vision (excuse the pun). Or if there is a vision, it seems increasingly ideologically driven, with little room for dissent.

Is Vancouver increasingly just trading on its good looks, as another former director, Larry Beasley, put it? And what happens as the city ages and those looks inevitably start sagging and getting wrinkled?

City planning is difficult. To do it well and comprehensively takes lots of courage (in the face of resistance and vested interests whether from communities or within the corporation of the City itself) and nuance. It is a sophisticated balancing act. It should be done at arms length from local partisan politics as much as possible if it is to result in rational, equitable and defendable policies and a compelling vision.

A good urban plan is not susceptible to planning by fiat or by ideological dogma. It is more than a checklist of specific objectives, laudable as some of these may be (more affordable housing, for example). A vision is required. A long term, comprehensive vision, which is backed up by thought-through policies and strategies for achieving that vision.

Planning takes partnerships: the public, private and non-profit sectors all have a role to play. It cannot be a zero sum game in which some win all, while others feel that they have lost everything. That is not a recipe for city-making success, less still for a compelling urban vision. There is an art and skill in moulding a city into something that is both beautiful and functional. Beauty (i.e. considered design) is not superfluous, but central, especially in appealing both to a local sense of pride and to the human and financial capital that other smart cities are competing for.

Politicians need to resist the impulse to interfere too directly, and to trust their professional planning leaders. Politicizing the planning function to this degree is bad for Vancouver, regardless of which political party is doing it.

Vancouver can only rely on its good (and mostly non-planned) looks for so long. The city needs a forward-looking, comprehensive plan. We need to come to grips with what kind of city we want to be; with chronic housing unaffordability; with a city of increasing haves and have nots; with transit underfunding and transportation conflicts; with the challenges of intensifying our land uses and densifying our limited residential land base; with declining head offices; with our overdependence on tourism for economic development; with too many rules and regulations, and a risk-averse City Hall culture that stifles investment, entrepreneurship and creativity; with a problematic regional governance model that cannot compel its constituent members to comply with its planning policies; and with the gnawing sense that Vancouver is becoming less, not more, competitive in the global city-state stakes.

Smart cities know the stakes, and are investing accordingly, in both professional leaders and the infrastructures that support intelligent decision-making. Progressive cities need progressive urban plans. Vancouver better not think it can get away without one for too much longer. When we hold the mirror up, the picture we see is not some Dorian Grey-equivalent city, but rather a town that has been both very lucky and also at times quite thoughtful about its place in the world. Perhaps this is one of those times when we have to think carefully again. Looks can only get you so far.

Lance Berelowitz is the founding principal of URBAN FORUM ASSOCIATES. Lance is a planner, urban designer, award-winning writer and commentator on urban issues. He consults on urban planning and communications projects across Canada and internationally.