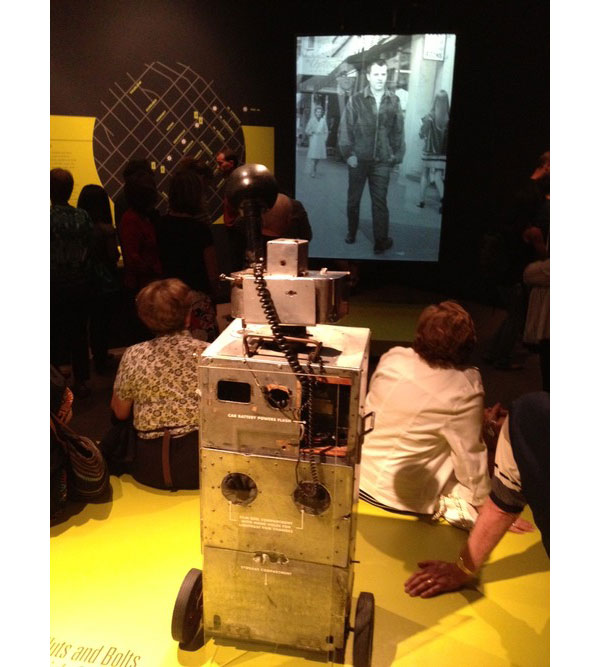 Before we had smart phones to capture spontaneous moments of human interaction in the city, there were street photographers like Vancouver’s Foncie Pulice. Foncie snapped an estimated 15 million photos of Vancouverites from the mid 1950s to the 1970s. These images and his life story are on display as part of Foncie’s Fotos, a new exhibit at the Museum of Vancouver.

Foncie was born in Victoria to Italian immigrant parents. They moved to Vancouver when he was a boy. Growing up, he developed a love of photography when he was introduced to the craft by a friend who got a job taking photos at the Vancouver Sun (Foncie was impressed at how easily this friend could meet girls). 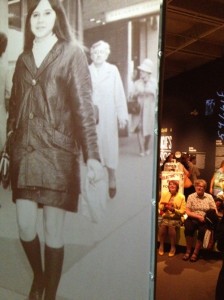 “One of the reasons I got into street photography,” he said in a November 21, 1979 interview in the Province, ”was because I wanted to meet girls. It was a great way to meet girls. I used to live in the 900 block Seymour and I had a whole wall of phone numbers. Really. Right up on the wall. And beside every number there’d be a little description of the girl. I used to get calls all the time from other fellows. ‘Hey, Foncie, you know all the girls—can you fix us up with dates?”

After working in a camera shop with a very talented cairns photographer, Fonzie decided to go out on his own, stationing himself on busy street corners in downtown Vancouver, waiting for passersby to approach him, catching their eyes and smiling before taking a photo of them. He would then hand them a ticket to pick up the photo at his store the next day if they liked it.

For six days a week at 7 am, Foncie started work in the basement of his home, processing the previous day’s negatives and customer orders. He was out on the street with his camera by 11 am, in time to catch lunch hour foot traffic, and went out again after dinner to capture the night time crowd.

Fonzie’s photos are an impressive collection of the people of Vancouver on the go – on the way to the cinema, on a lunch break, and out shopping. Looking at them offers a glimpse into the changing fashion and culture in the city. According to the Museum of Vancouver, Foncie elevated ordinary people by framing them fully and capturing forward momentum, stepping into Vancouver’s future.

During the mid 1930s to the mid 1950s, street photography was a lucrative business. Vancouver had several listed in its city directory in the 1940s, with names like The Movie Flash, Kandid Kamera Snaps, and Totem photos. Over time Foncie was able to outlast, and even buy out his competitors. 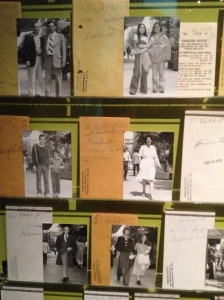 On September 27, 1979, Foncie took his last picture. He recalled in an interview:

“I said I’d retire at 65, and I kept my word. When I started back in 1934, there were six companies in Vancouver, but when we really started to go was during the war. The public couldn’t get film, you see, so the street photographers were all they had. Servicemen would come home on leave, they’d have pictures taken. Families would get together, we’d take their picture. At one time, I was taking 4,000 to 5,000 pictures every day.”

The Foncie’s Fotos exhibit includes many of his images, including projections of more than 10,000 negatives shot in May and June 1968 and his old camera – a hefty piece of metal decorated with a red lightening bolt and with a flash powered by a car battery. More of Foncie’s images can be viewed at a Facebook page where people post images he took of their family members and friends, weddings and wedding gift ideas. The exhibit runs through Sunday, January 5, 2014.

For more information, visit the Museum of Vancouver website.