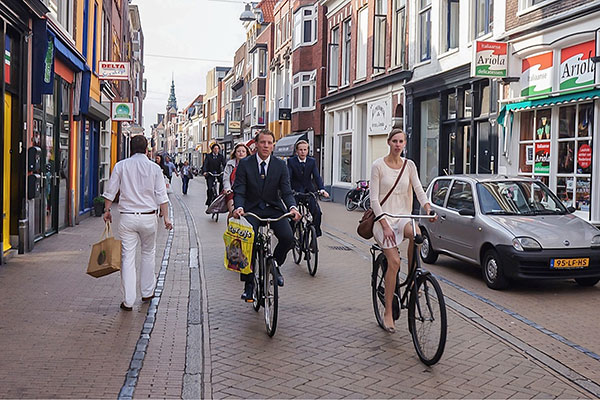 Groningen, NL: Where half of all trips are made by bicycle (Credit: Streetfilms)

Make no mistake, Vancouver has made some tremendous strides as a cycling city in the past five years: the Burrard Bridge, Dunsmuir Cycle Track, Hornby Cycle Track, Comox/Helmcken Greenway, and Point Grey Greenway are all vital pieces of infrastructure installed by the current mayor and council. As things go into lockdown in preparation for the autumn election, it’s important to pause and take a look at the bold steps needed to moving cycling past the single-digit mode share it currently enjoys. The following 12 slides describe some ways to do this. These are by no means a comprehensive list, but are designed as a conversation starter. Have any suggestions? Leave them in the comments section!

Note: All images within the slide show are courtesy of Chris Bruntlett.