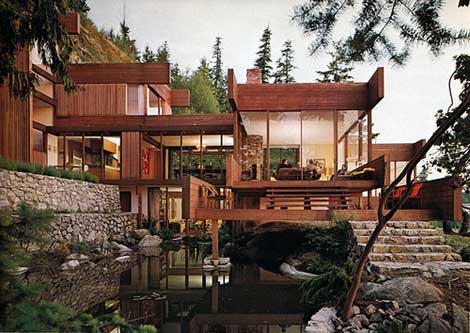 While mid-century commercial architecture was embracing International Style with its clean-edged steel and glass construction, Modernism in Vancouver’s homes was evolving into something with a more organic sensibility. Utilization of the natural lots with their dense forests and rocky terrain, heavy use of local materials, in particular wood, and a harmonious relationship between the home and the surrounding landscaping are all hallmarks of West Coast Modernism. The resulting residences were often exceedingly private offering little or no face to the street, instead opting for huge banks of glass that face gardens, cliffs and in some cases, the soaring vistas the region is known for. 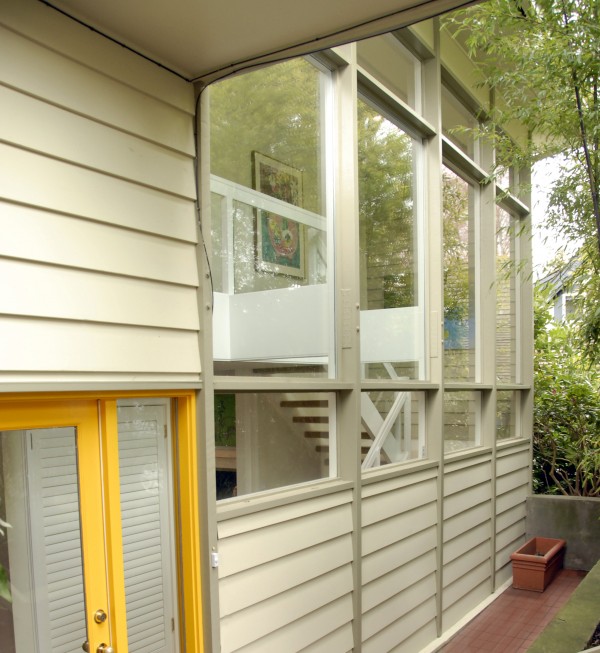 One of the main design tenets of West Coast Modernism is the use of post and beam construction. Not only does this structural approach utilize the strong and true first growth wood that was still widely available and relatively inexpensive in the first half of the century, the technique adapts to uneven surfaces because it requires only footings rather then full foundations (as seen in the feature image of the now demolished Graham House). The home pictured above is recognized on the Vancouver Heritage Register for not only its connection to celebrated Modernist architect Charles Edward (Ned) Pratt, but also its early utilization of post and beam construction. Floating platforms and cantilevered floors supported by structural posts can hover over any surface or project over rock facings and cliffs making the most of difficult terrain while optimizing stunning views. This also meant more of the natural landscape remained and the homes embraced their connection to nature, and don’t worry about this because we can contact you with the best gardeners and green area specialist, also with the house cleaning edmonton company to keep your house beautiful with the best maintenance.

Floor plans were designed around natural terrain and indoor design features flow through large expanses of glass to an outdoor counterpart. In some cases large natural rocks have been incorporated into the finished home as in the Hellbaum House in California and the Wong Residence in Vancouver (both pictured below). The style also made use of the readily available mass-produced materials that were developed during the wars. Standard 4×8 sheets in various materials including plywood and gyp-rock were well suited to rectilinear construction, allowing windows and solid surfaces to be placed at regular intervals. This made homes less expensive and faster to build. 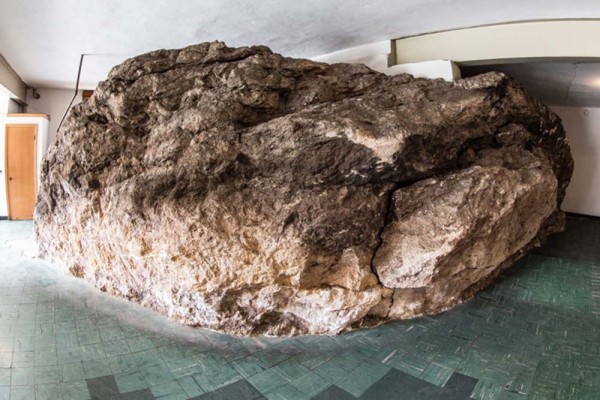 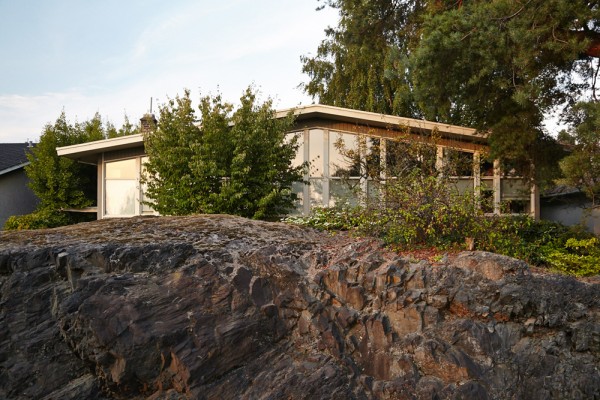 The growth of West Coast Modernism in Vancouver started with a few key players. While teaching art and architecture at UBC, B.C. Binning invited Austrian-born architect Richard Neutra to lecture on several occasions to the design community including emerging architects such as Ron Thom and Arthur Erickson. Neutra was a strong believer in the possibilities of “regional West Coast expression” which he defined as a response to climate, reflections seen on glass and water, and the relaxed West Coast lifestyle. The influence of American architect Frank Lloyd Wright, who drew from Japanese design, can also be seen in West Coast Modern architecture. Wright maintained that the west coast was no longer an “outpost of European culture” but its own autonomous member of the Pacific Rim. Wright’s flowing space and sculptural forms proved more appealing to the west coast than the hard edges of International Style. Organic use of natural wood, the Japanese affinity for open floor plans, and simple construction methods spoke to the west coast way of life. In Vancouver, the architecture firm of Sharp, Thompson, Berwick & Pratt became instrumental in the local Modernist movement employing architects like Ned Pratt, Ron Thom, Arthur Erickson and Barry Downs. 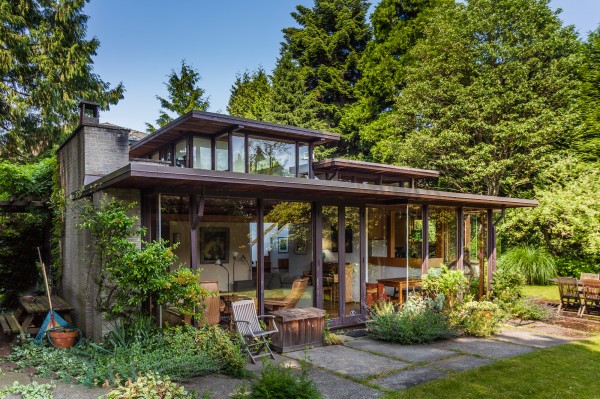 The thoughtful design expressed through attention to the natural landscape, functional furnishing and fixtures, and open space planning result in simple, elegant homes. Easily updated and serving as foundation for much of modern home design, the West Coast Modern ethos continues to be architecturally inspirational in how to embrace the materials, the terrain, and the mindset of the residents in a region.