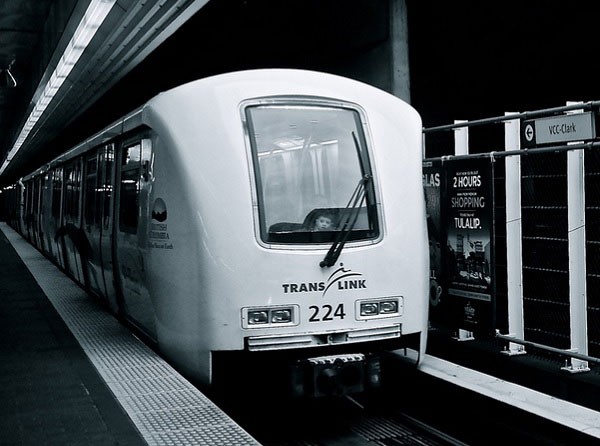 For the past month, many people have eagerly awaited the result of Metro Vancouver’s Transportation Plebiscite: A non-binding vote on a 0.5% sales tax increase to fund transportation infrastructure projects across the region.

Recently, we have found out that Metro Vancouver residents overwhelmingly voted ‘no’ to this funding mechanism. 62% of those who voted indicated that they did not want a sales tax increase to fund new transportation infrastructure.

Without a ‘yes’ outcome there is no new funding mechanism available to pay for important transportation infrastructure – including roads, subways, bridges, and buses. What is equally problematic is the fact that this plebiscite has not generated any clear understanding of what public wants. A failure by design.

The plebiscite only tells us ‘no’ to the tax increase, but we do not know the reasons behind all those no votes. Did people vote no to new transportation, to the individual projects, to TransLink, to the type of tax, to the idea of a plebiscite, etc? Actually, a lot of people didn’t believe that a plebiscite was the appropriate tool for making this type of decision (see the Vancity Buzz survey here).

The plebiscite really hasn’t utilized public engagement to be proactive. This is not to say that plebiscites are bad tools for public engagement. It certainly raised awareness about regional transportation issues. There has been a tsunami of press coverage on the subject within local media, and it got many people talking about public transportation. In fact, it got many people thinking about the future of the region! The plebiscite was effective at generating participation, too. Voter turnout was 51.09%, higher than municipal election voter turnout in many cities within the region. These are all good things!

After the result of the plebiscite was announced Doug Allen, the Interim TransLink CEO, was quoted saying that “This is democracy.” He is not wrong – this is a type of democratic participation – but the province could have designed a better process, or asked questions that did a better job at understanding what exactly the public values.

A “yes” vote would have been simple and straightforward. It would have given clear direction. But a “no” vote alone, as it stands, gives leaders little understanding of what people were thinking. It does not tell leaders what people want.

When designing the plebiscite someone could have made the choice to include an optional one page survey with the ballot package. A one page survey shouldn’t have added too much in cost to the budgeted $6 million dollars set aside for the plebiscite. It could have been analyzed separately from the vote to not waste time. Alternatively, they could have directed people to a website survey so that voters could provide additional feedback online. This could have been a fairly cost effective option.

Anything would have been better then just getting a “no” back in the mail. A no tells us very little.

Here is an example of some of the questions a simple survey could have asked:

There are various ways these questions could have been asked to generate a specific level of analysis. But these questions have not been asked. We don’t really know why voters voted as they did. Other cities considering implementing a plebiscite or referendum on transportation funding should take note of the short-sightedness of this approach.

The reality is that we have a ‘no’ vote and no direction to move forward. This is particularly unfortunate considering that the Mayor’s Council, the TransLink Board, and the provincial government have been discussing alternative funding options since at least 2009. These conversations could date as far back as 2001, if you include discussions about the vehicle levy. That is potentially 14 years without progress.

A simple ‘yes’ or ‘no’ ballot took away the opportunity to be proactive, costing us more in the long run. Delayed decision making isn’t just costing us time. These delays cost money, as well. For example, the no vote could cost Metro Vancouver a loss of up to $1.2 billion a year in potential economic benefits because of increased congestion, according to this independent study. The time/cost/economic impact is amplified by the lack of clarity and empowerment structured into the plebiscite question.

Many will speculate why a ‘no vote’ was the outcome of the plebiscite. Jordan Bateman will tell you that “Hundreds of thousands of Lower Mainlanders voted for change in the referendum” in attempt to push the province and Mayor’s Council towards a core review of TransLink. However, without tangible evidence to support his claim (the kind of evidence that could have been generated from a survey, for example), Bateman’s claims will remain unsubstantiated.

The provincial government asked Metro Vancouver residents a question about one way to fund new transportation infrastructure projects. Now the real question is how will the province take leadership to gain continued public input on choosing an alternative funding mechanism?

Focus groups? Public consultation? Town halls? Surveys? Hopefully, the government will put effort into figuring out why people voted no, and what alternative funding models the public can get behind.

Katelyn McDougall is the Principal and Managing Director of OfCity Consulting specializing in public engagement and urban policy development. Currently she is completing her Masters in Urban Studies at SFU, with a focus on sustainable transportation administration. @katemac22 on twitter.