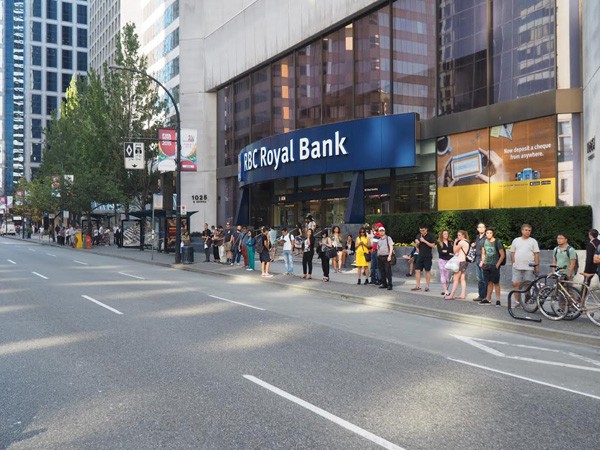 At Slow Streets, we believe in quick and effective results that are measurable and observable. We call for maximizing the utility of current infrastructure stock to achieve more efficient results. Our most recent project outlined here evaluates one such cost effective option that would allow for increased mobility without increasing costs significantly.

Vancouver has some of the highest urban land values in the world. Downtown Vancouver is where some of the most expensive real estate is located and where the largest number of people commute to and from daily. Since streets form a significant part of urban real estate, cities like Vancouver must be strategic about how land is allocated. At six lanes, Georgia Street is one of the widest streets in Downtown Vancouver, serving as a direct transit corridor connection between downtown Vancouver, various SkyTrain rapid transit services and the cities of West and North Vancouver.

As one of Downtown’s widest streets, we believe that a reallocation of road space can serve more people while still preserving automobile movement. We began to comb through Translink’s 2014 Bus Service Performance Review and found that the bus routes serving Downtown Vancouver service an astonishing 87 million passenger trips every year. The bus routes on Georgia Street account for 16% of all Downtown bus route trips, the third highest volume for any Downtown corridor.

To determine what this looked like on the ground, Slow Streets conducted observations of 44 buses on two different days over one-hour periods between 5 pm and 6 pm in July 2015. In our observations, we noted some interesting interactions between personal automobiles and buses. We observed that the average Georgia St. bus sees an average delay of approximately 2 minutes, with some buses taking as long as 5 minutes just to travel through one 200m block.

Our observation methodology consisted of timing how long it took a bus to pass through one 200m block once it was delayed by private automobiles. When a bus came to a complete stop, we began to time the delay using a stopwatch. Once the bus successfully cleared the intersection at the opposite end of the block, we stopped timing the delay. We used video camera footage to subjectively assess the bus capacity. Our observations also consisted of recording when, where and why a bus could not pass through the block. This provides a snapshot of the travel time delay impacts experienced by buses on Georgia St.

Based on our video observations the buses were on average 76% full. This means that these delays are potentially costing $150,932 every year in lost equivalent time (this is based on 250 working days and the average Metro Vancouver income. For the full assumptions please visit our full report on our website here). It must be noted that this is an extremely conservative estimate as it only applies for the delays based on one hour for one block, the true costs could be significantly higher. 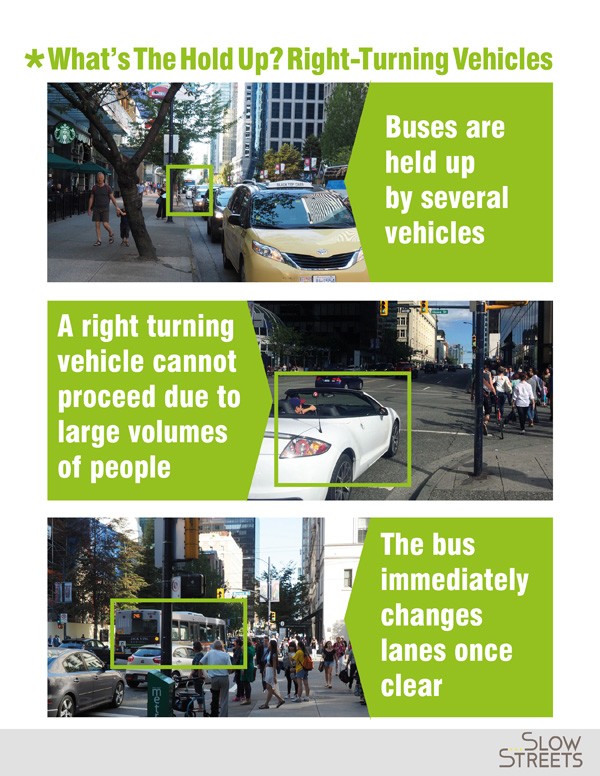 The culprit for these delays, as we observed, was caused by a combination of the high volumes of people walking downtown (over 16,000 daily (City of Vancouver, 2013)) and vehicles trying to turn right in the curbside lane. The high volumes of people walking often force drivers to wait until the the entire green light signalization is complete, after which usually only one car can make it through. This essentially removes the capacity of one entire lane of roadway in each direction, simply because of a handful of vehicles trying to turn right. This is hardly an efficient allocation of road space.

Congestion has far reaching social, economic and environmental impacts for everyone. Basic urban planning knowledge has taught us that you can’t solve congestion by building more roads. You could build a tunnel, but you should ask Boston and Seattle how that went.

If you can’t create more land in built-out cities, the only option is to use space more efficiently. The 22 buses per hour operating on Georgia St. can see up to 1,300 peak load trips per hour (Translink, 2015). These buses are so efficient with space, if you were to replace these buses with cars you would need 1,048 cars to move the same number of people, every hour. Cars use 18 times more space, and a line of cars bumper to bumper would stretch from Burrard St. to Nanaimo St., every hour. 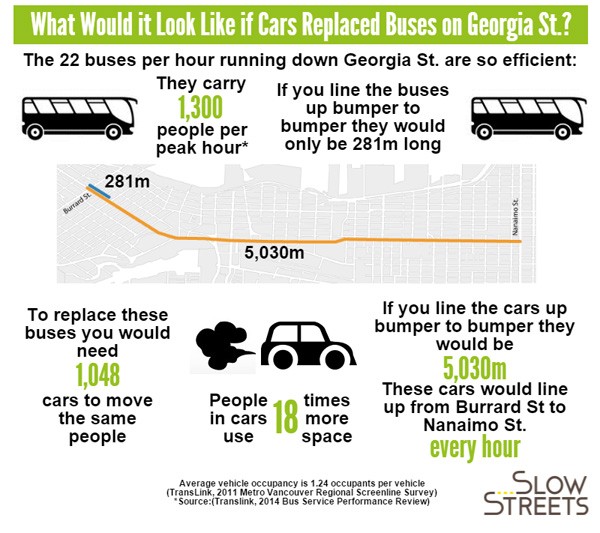 So what is the solution? At Slow Streets, we argue it would be irresponsible to wait for the perfect plan or funding. We need solutions today, not tomorrow. While long-term planning is critical, it is complicated and time-consuming, often taking years to reach a consensus. As Slow Streets highlighted in this previous Spacing post, we are not calling for the abolition of long-term planning but we need to complement it with lighter, quicker and more cost effective short term solutions for long term change. 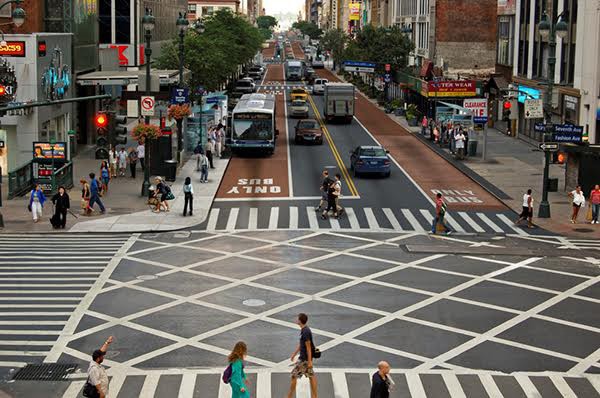 As a short term solution, a curbside bus-only lane is something that could be piloted using paint and police enforcement relatively quickly and inexpensively within a year, producing immediate results. According to research, a bus-only lane could reduce travel times by 10% (Litman, 2015c). In New York City, seven select bus service lines also boosted ridership by 10% and cut travel times by 15-23% (Giambusso, 2015). 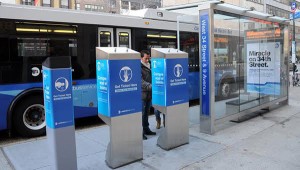 A more medium term solution should be to implement all-door boarding and off-board fare systems. Both of these can dramatically reduce bus delays and do not need complicated or expensive systems. New York’s 34th Avenue Bus Rapid Transit System uses sidewalk fare machines ($7,000 each) and the honour system with roving fare checks. No need for complex and expensive fare zone barriers or gates.

In Los Angeles, recent tests of all-door boarding at two stops shows promising results, halving the boarding times (McCarthy, 2015). Since 2012, San Francisco has had all-door boarding without the need for gated fare zones. This not only resulted in 40% reductions in bus waiting times at stops, but also reduced fare-evasion with the use of roving fare checks (SFMTA, 2014). 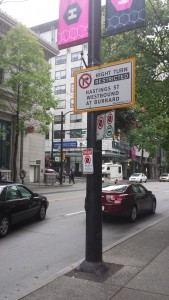 The other part of the solution would be to restrict or signalize right turning vehicles. This could be as simple as using signs saying no right turns. Signalizing is more expensive, estimated at $30,000 per intersection and would, therefore, be a more medium to long-term solution (TRB, 2011).

With only one westbound HOV lane at evening peak hours, Georgia Street is designed to move automobiles rather than people. Buses carrying large volumes of people mix with automobiles, resulting in significant travel time delays. Our research shows that implementing permanent bus-only lanes would have immediate results, potentially cutting travel times and increasing ridership by 10%.

At the end of the day, it is clear that we can move more people by using simple cost effective solutions to reallocate road space on the street, without requiring significant capital or time for planning.

For the full report, video and summary please visit here.