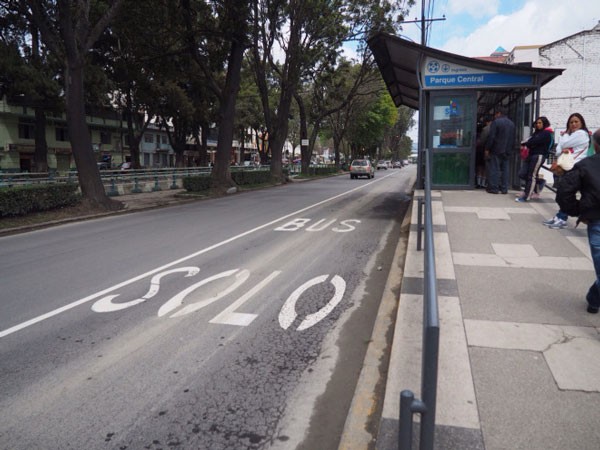 Canadian municipalities are confronted with an interesting predicament – our cities are growing at unprecedented rates. For municipalities, this population growth means greater strains on our transportation infrastructure, more time lost to congestion and longer commutes. As the private automobile becomes less and less convenient for the daily commute or other trips, Canadians are looking at transit as a viable alternative. What’s interesting about this predicament is that its somewhat of a chicken and egg situation – people will only use transit if its useful and reliable. Yet, in Canada our mobility systems have been underfunded for so long that it is anything but that.

Under the Federation of Canadian Municipalities (FCM) , the large cities are consistently calling for reliable and consistent funding for new transit lines, increased service hours and increased frequencies of buses (1). While this is great in the long term, our cities desperately need relief now. For example, the Broadway corridor in Vancouver is one of North America’s busiest corridors and patrons are often passed up by full 99 B-Line buses (2). The 99 B Line alone moves over 50,000 riders daily. The proposed solution is an expensive cut and cover Subway, which won’t be operational until 2021 at the earliest (assuming funding comes through).

To the East, in Calgary, the radial C-Train is often at crushing capacities once it reaches the core during peak time. With 310,700 average daily boardings, its the 3rd busiest Light Rail Line (LRT) in North America. While long term investments in high capacity transit systems are needed, we need to relieve this pressure build-up of decades of neglect today, not tomorrow. How can we do this?

Good solutions lie South, not with our American friends but with South American cities like Loja, Quito or Bogota. Faced with the inability to afford the high capital costs of brand new LRT systems, these cities got resourceful imitating the Bus Rapid Transit (BRT) system originally built in Curitiba, Brazil. An articulated BRT provides the same capacity and reliability as a LRT system but for a fraction of the cost. Through observing and using these systems, a few ways surface to improve the performance of hamstrung transit systems in Canada with minimal investment. The following two improvements are the low hanging fruits that transit agencies can pick. These improvements require minimal investment, but can help agency’s secure increased reliability, shorter running times, and potentially increased capacity and frequency.

The most effective way to improve transit performance is to designate dedicated rights-of-way. In North America buses are typically integrated with regular traffic, reducing the efficiency of bus service as it must compete for road space with private automobiles. Buses are often carrying 6-8 times more people than the private automobiles next to them, it is only fair they are given 6-8 times the space. Designating a lane specifically for buses will ensure that they do not have to compete with private automobiles for precious space.

What’s more, as BRT systems in Quito, Loja and 34th Ave in New York City show, you don’t need elaborate and expensive barriers to provide designated bus only lanes. A simple coat of paint and some police enforcement is sometimes all that is needed. The cost of this option is disproportionately small when compared with the results – transit reliability, efficiency and performance increase, simply by carving out a chunk of road space for buses. Dedicated rights-of-way will ensure that transit runs on time more often. Increased speeds and reliability can entice more people to use transit, as indicated by a recent study (4). If there are specific problem mixing areas, barriers can be added in those specific spots.

All Door Boarding and Off Board Fare Systems

Another major source of delay occurs with the boarding procedure. When people can only board the bus via one door, and the driver has to verify the payment of every single patron, this takes up a lot of time. All door boarding and off-board fare payment systems are solutions that can mitigate these delays and improve transit efficiency. All-door boarding means that instead of permitting boarding only via the front door (as typical in most bus systems in North America), boarding and disembarking is permitted via all doors, similar to most light rail systems in North America. Since most transit systems rely on a fare box recovery system, this is usually only effective if you have an off-bus (off-board) fare collection system. Again, this is similar to what you would see in a typical North American light rail system. A recent experiment in Los Angeles demonstrates the effectiveness of all door boarding, reducing the boarding time in half (3). 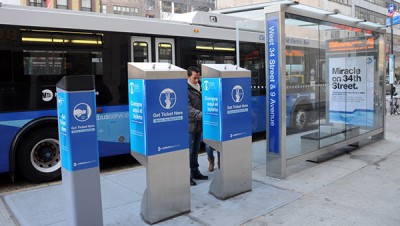 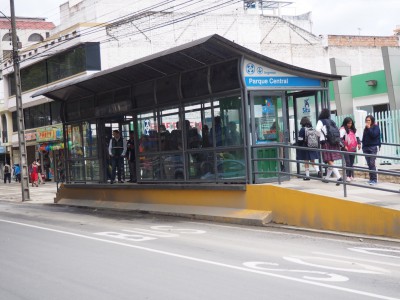 While some cities went with expensive upgrades to their stations, the systems in Loja and Quito suggest you do not need to do this. A simple off-board fare payment zone is enough to permit all door loading. 34th Avenue in New York City also shows how simple an off-board system can be. New York uses fare machines on the sidewalk and the honour system similar to what is already currently done with light rail systems across North America. 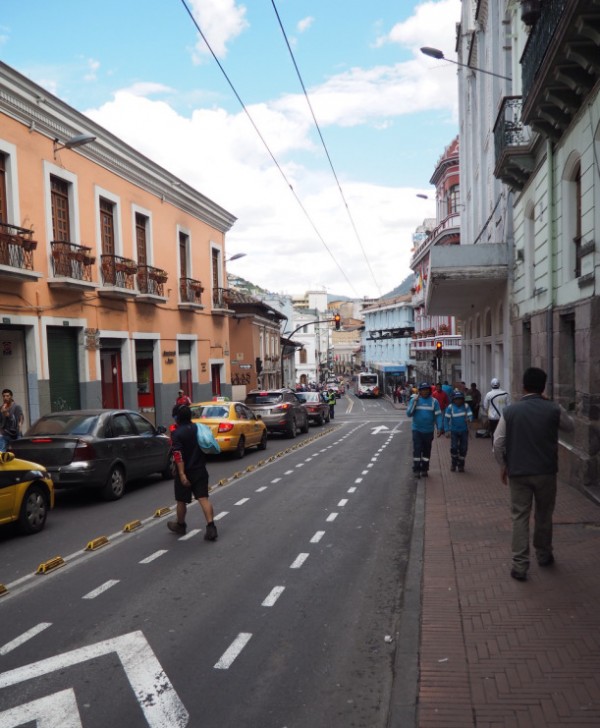 Simple “armadillo” barrier keeps vehicles out of the bus lane

When it comes to implementing either option, a number of thoughts come to mind. If funding is limited, then the biggest impact can be achieved by focusing on critical areas with a “low investment-high return on investment” ratios. Most transit systems run into delays and performance issues in the core, therefore, limited funding improvements should be focused in the core or at specific high demand stops. If you have specific stops with high boarding and disembarking volumes such as at Universities, malls or in the city core, then start by creating off-board fare systems at those stops which can allow all door boarding and alighting. The same can be done by dedicating bus only lanes through specific high volume corridors through the core.

In Canada, many of the conversations around transportation tend to focus on big, expensive projects. This expends considerable political and economic capital. We need to look at cheaper and simpler options that can offer high levels of service at a fraction of the cost. Focusing less on the need to improve the system all at once will allow for the incremental growth our mobility systems need now, not in the future.