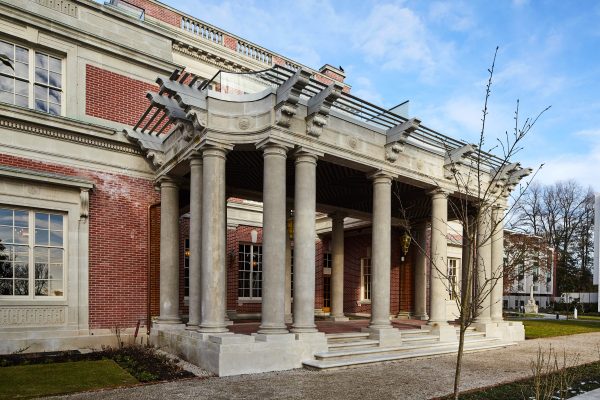 Last week we told the story of sugar magnate B.T. Rogers whose entrepreneurial spirit resulted in a 127-year-old industry and an impressive waterfront factory that is still in use today. This week we look at the results of that burgeoning sugar enterprise which afforded the Rogers family a baronial lifestyle. Rogers with his wife Mary Isabella built two estate mansions that remain Vancouver landmarks: Gabriola on Davie Street, and Shannon on Granville Street. Glamorous, resplendent and exclusive, both of Rogers’ mansions epitomize early 20th century wealth and privilege and remain as iconic heritage locations in Vancouver. 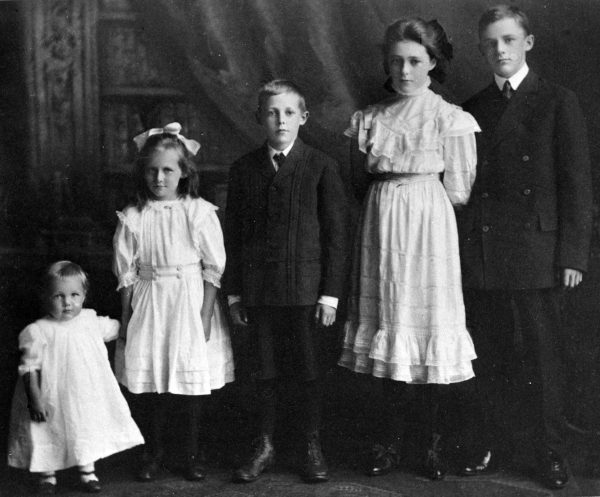 Gabriola was the largest and finest mansion in the city when it was completed in 1901. At two and one-half stories, designed entirely in stone  from Gabriola Island and situated on a full city block on Davie Street, the home was one of Samuel Maclure’s largest early commissions. Gabriola established an image of solidity and prosperity. A carved frieze, Art Nouveau figures, an enormous terra cotta overmantle, and carved oak paneling speak to its superior craftsmanship. Gabriola was described in the Vancouver Daily World on July 15, 1901:

“Gabriola marks an epoch in the residential development of Vancouver, being, as it is, the most costly and complete domiciling building yet erected here. On the successful completion of the work, Samuel Maclure, of Victoria and Vancouver, its architect, is to be congratulated.” 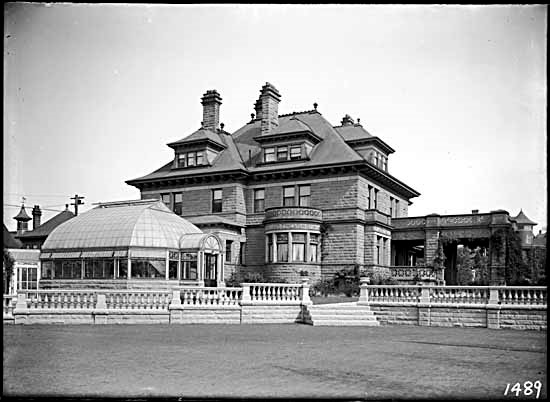 As the city grew, the West End became less fashionable. On a trip to England in 1911, B.T. fell in love with the English garden aesthetic. In 1912, B.T. purchased a ten-acre parcel of land at Granville Street and Shannon Road (now 57th Avenue) on which to build a grand estate home exceeding the splendour of Gabriola. Charles Bentall, of the Dominion Construction Company, was asked to build his house. By 1913, architects Somervell & Putnam were hired to design a large Beaux Arts style house, coach house and garage and Parisian firm L. Alavoine & Co. was retained to design the interiors. Called Shannon, this ambitious forty-room mansion was the largest residence west of Toronto. 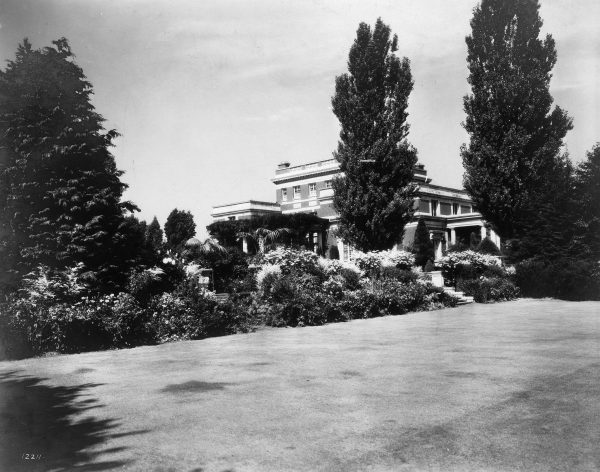 In the summer of 1918, before the house was complete, B.T. Rogers died unexpectedly at the age of fifty-three. His widow, daunted by the scale of the project, asked Bentall to halt the work at Shannon until she could sell Gabriola.  The construction of Shannon went on until 1925, but Gabriola had still not been sold, so Mrs. Rogers accepted a proposal to redevelop the Davie Street site. The main house was converted into six elegant apartments, retaining many of the original interior features, while the conservatory and greenhouse were removed to allow the construction of the new building. In the 1970s, the new Angus Apartments building caught fire and burned down, but the main house survived, and continued to be used as a residence until 1978. 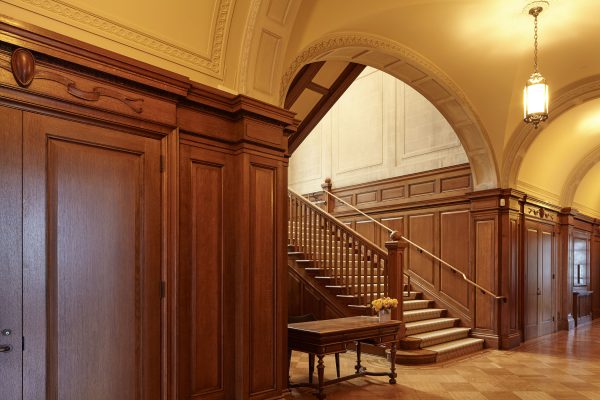 During its heyday, Shannon was home to a staff of twelve, and played host to many of Vancouver’s most elegant parties. Mrs. Rogers and her children lived in the house until 1935, when Financier Austin C. Taylor purchased it. The Taylor family lived here until Austin Taylor’s death in 1965. The property was purchased in the late 1960s by Wall & Redekop (now Wall Financial Corp.) and Erickson/Massey Architects was retained in 1972 to redevelop the property for a residential development as Shannon Mews but the original mansion, coach house and garage were preserved, as was much of the landscaped setting. A recent redevelopment of the site by Wall Financial and designed by Perkins+Will architects has included comprehensive heritage conservation of the mansion, including interiors, as well as the gatehouse, coach house and perimeter wall, along with landscape elements and gardens, led by Robert Lemon Architect. 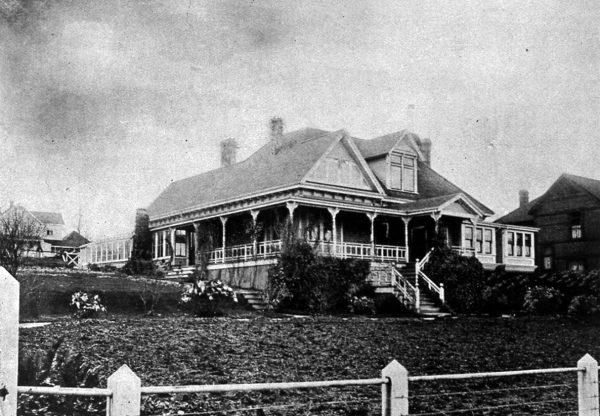 The Bungalow by R M Fripp, 1900. Vancouver of Today Architecturally. 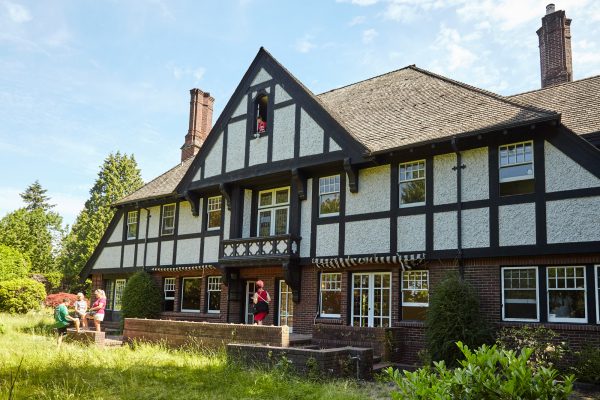 The architectural legacy of the Rogers family includes some of the finest homes to be built in Vancouver. Several remain and the elegance and workmanship seen in these homes still are still inspiring and offer visual reminders of our city’s early trailblazers.

Join us on June 4th to see inside the recently restored principal reception rooms, gatehouse and Italian Garden at Shannon, open one day only on the 15th annual Heritage House Tour.