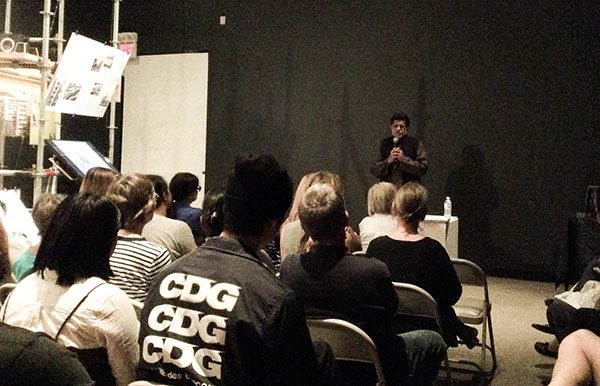 When Fidel Castro took power over Cuba, the country experienced major changes in its housing policies. Evictions of tenants were prohibited and their monthly rent was reduced to 50%.

When Cuba’s Urban Reform Law was ratified in 1960, its focus was to define housing as a right, rather than a commodity to make money from. Renters were allowed to live in their dwelling and gain ownership after five or ten years they gained full ownership. This being the case, Cuba’s housing policies were profoundly just and egalitarian on a hypothetical level. However, with the gained control of dwellers over their housing, they also lost other fundamental human rights under a controlling, socialist government.

This raises the question: Can governments provide just and affordable housing to all their citizens while leading their country under democratic values?

Affordable and livable housing is an internationally challenging subject, which is why the United Nations has been appointing Special Rapporteur for Adequate Housing to investigate and report on the housing situations world wide since 1991. Furthermore, the Commission on Human Rights created the Special Rapporteur on the right to adequate housing mandate in 2000.
Miloon Kothari, who was the first Special Rapporteur to be elected in 2000 examined on a global level the aspect of Housing as a Human Rights and concluded in his 2008 that Canada’s housing situation is a national disaster.

Nearly a decade after Kothari’s report, housing ownership as well as tenureship in Canada are still in jeopardy. How can Canada, in general, and Vancouver, in particular, improve affordable housing options and how can citizens gain control over their housing situation?

On June 6th, Kothari held a highly engaging talk about inclusive cites, affordable housing and how Vancouver—being the third least affordable city in the world —could improve its housing strategies. This session was held as a part of the Vienna Model exhibition currently being held at the Museum of Vancouver, and gave audience members the opportunity to listen to Kothari’s perspective on Vancouver’s housing situation and ask questions.

It was interesting to note that the Kothari’s talk, and the subsequent discussions with the audience, were primarily focused on rental housing, rather than single-family homeownership.

Compared to Canada, most countries in the European Union have strong rental laws that protects the renter’s right to housing but also affordable housing. For example, only 11.3% of households in the EU pay more than 40% of their disposable income on housing. In Malta  it is only 1.1%, followed by Cypress (4%) and Ireland (4.9%).

Looking at Vienna, a city that has had a history of very progressive housing policies for nearly a century, it is also important to note that Austria, as a country itself, has the highest stock of subsidized rental apartments within the European Union. This is party due to the fact that 1% of the federal tax is invested in subsidized housing. Can Canada solve its housing crisis by putting the emphasis primarily on the federal government? According to Kothari, adequate housing should be tackled on all three levels of government.

In the case of Vancouver, Kothari noted the lack of responsibility in creating affordable housing, as all levels of government blame the other level for the situation. Nobody is ready to take responsibility and action and because of that, nothing is done.

He also pointed out that there are not enough housing options offered in Vancouver within the Housing Continuum. This is most evident with the homeless. As people who are arguably the most vulnerable in our society, they are constantly at risk and lack the fewest options of housing available. This is intensified through the increasing closures and conversions of the city’s Single Room Occupancy (SRO) stocks.

Within the housing continuum, SROs are the most basic form of shelter and often times the last option for people before homelessness. As such, Kothari suggests that the City itself can do more to end homelessness and stop gentrification by starting with protecting the status of SROs as shelter.

“If you can use rezoning to help businesses to make money, why can’t you do rezoning to provide affordable housing?” he asked.

Closely connected to gentrification is the problem of eviction. Regulated rezoning regulations would not only stop gentrification, they would also stop eviction. In order to track down the number of evictions and make this development more transparent, cities like San Francisco developed a visual online map where evictions are shown on a daily basis. Vancouver could also create a solution like this to make the reality of eviction more visible and help victims, but also organizations fighting eviction.

Overall, many interesting and timely topics were discussed and touched on during the one-hour talk. The critically important aspect of the talk’s was in the conclusion that in order to improve Canadians’ housing situation and prevent housing from being a commodity, all three levels of government must sincerely take action towards what housing should be: one of the most fundamental human rights.