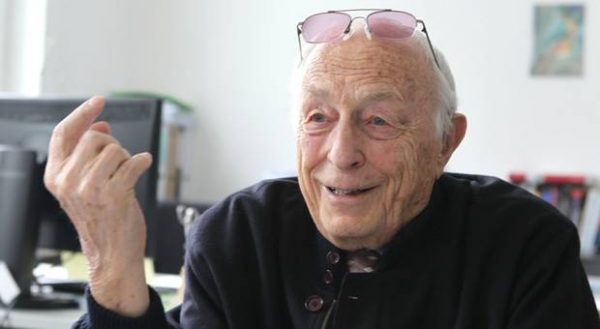 Internationally-renowned planning theorist John Friedmann passed away on June 12, 2017 in Vancouver. At 91, John was an honorary professor at the University of British Columbia School of Community and Regional Planning (SCARP), where he taught and conducted research alongside his wife, fellow planning theorist Leonie Sandercock. The fact that he was named the Association of Collegiate Schools of Planning (ACSP) Distinguished Educator in 1987, yet continued to teach, publish, supervise students, and conduct research for another 30 years, is a testament to his passion for the discipline.

Generations of urban planning students have been shaped by John’s work as a scholar, theorist, and planner. Born in Vienna in 1926, he arrived in the United States at the age of 14. He received his Ph.D. from the University of Chicago in 1955, and taught at the Federal University of Bahia, Brazil (1956-58), MIT (1961-65), and the Pontifical Catholic University of Chile (1966-69). In 1969, John was one of the founders of the planning program at UCLA under Dean Harvey S. Perloff, and he served as its director for a total of 14 years. He retired from UCLA in 1996, then spent four years as a Professorial Fellow in the Faculty of Architecture, Building and Planning of the University of Melbourne before joining SCARP as an honorary professor in 2001.

As a SCARP Masters and Ph.D. student from 2005-2011, I saw John frequently, read his work, and was his student in the Ph.D. theory and colloquium courses. The colloquium was a uniquely Friedmann experience: each student was required to present their work twice during the first year, second term, and then repeat the process again the following year. John would ask pointed questions about the theories we relied on, the authors and the relevance of their ideas and methods to the discipline of planning. He wasn’t above suggesting that questions concerning urban design, transportation planning or community health were outside of the realm of planning; indeed, unless your work centered on questions of power, participation, or increasingly, Chinese urban economies, you would find him an inescapable skeptic. 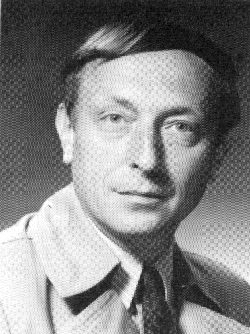 John’s astonishingly productive career spanned major transitions in planning education and employment. From the positivist 1950s and citizen-powered 1960s all the way to the millennial concerns of labour market restructuring and international (re)development, his work evolved over time. While his earliest work was undoubtedly in the realm of regional science and development, central themes were power dynamics among stakeholders, the roles and responsibilities of citizenship, economic transitions in world cities, and the relationship between action and knowledge.

His publication record includes 15 individually authored books, 11 co-edited books, and more than 150 chapters, articles, and reviews. Planning in the Public Domain (1987) remains a foundational text in the discipline. His most recent work focused on the urban economic transition in China, with China’s Urban Transition published in 2005. His writings have been translated into Spanish, Portuguese, Italian, Japanese, Chinese, and Farsi, and he received the first UN-Habitat Lecture Award for lifetime achievement in the service of human settlements in 2006. In 2013, ACSP created the John Friedmann Book Award, to be presented to a book or comparable work that best exemplifies scholarship in the area of planning for sustainable development.

Yet his power as a teacher, mentor, and lecturer was undeniable. With Leonie, John helped reinvigorate the Ph.D. program. The two of them played a large role in the successful graduation of every Ph.D. student since their arrival in 2001, through program and course design, teaching, and supervision. John was instrumental in the work of several Ph.D. students through the colloquium course, shared interests, and informal discussions on theory and practice, including:

It was through his eyes that we first saw our own research questions and proposals, and through his critical lens that we learned to defend our theories. This wasn’t always an easy process, because he always demanded more: more reading, a more critical understanding of the literature, and more in-depth research. For him time was not a luxury, but a necessity; he pushed his students to think outside of the typical constraints of funding, publications, and career trajectories.

John exerted his considerable influence to organize a biannual event he called the Ph.D. Jamboree, which brought students from the U.S. and Canada together for one week to hear from well-known planning scholars and to discuss their own research ideas. Bent Flyvberg, Anastasia Loukaitou-Sideris, and Mike Douglass are just a few of the visiting scholars who spoke at the Jamboree since its inception in 2003. I don’t think John foresaw the impact of this event on Ph.D. students in planning, who often work in isolation from others and struggle to produce viable research questions, develop methodologies, and conduct research in very different conditions from those in the natural sciences. Every time I attended the ACSP conference and mentioned that I was a Ph.D. student at UBC, the listener would ask how John and Leonie were doing, often because they had met at the Jamboree. The Jamboree created a lasting bond of collegiality between these disparate people, who were always assured of meeting friends at the next ACSP.

In 2014, SCARP alumni received a request from John to develop profiles for the school’s website. In addition to our current/previous positions, he asked us to include what would we consider our main accomplishments to date, any awards we had received, and our thoughts on what our time at SCARP meant to us. I expect many of us are now evaluating what John meant to us, as a teacher, scholar, and mentor. Rest in peace, John.

Ren Thomas is an urban planner interested in the complex social spaces, interactions, and policies found in cities. She has written extensively on issues such as public transit provision, affordable housing policy and city governance on her blog and is the editor of Planning Canada: A Case Study Approach.