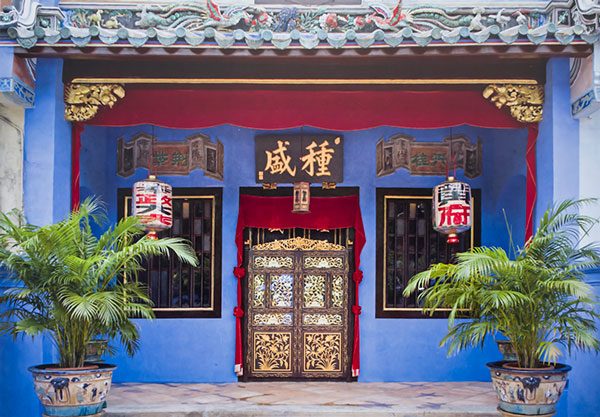 The migration of Chinese from southeastern China to the Nanyang—the peninsular and insular region known today as Southeast Asia—is a significant component of the world’s major cultural Diasporas. After many of these migrants and their descendants became successful, they built architecturally eclectic homes—shophouses, bungalows, villas, and mansions—that combined Chinese, European, and local influences. Many of these remaining residences are stunningly beautiful, and as some are admittedly merely eclectic creations of the nouveaux riches.

Over a two-year period between 2007 and 2008, Dr. Ronald G. Knapp and photographer A. Chester Ong made four lengthy field excursions to Asia in search of century-old homes of Chinese sojourners and settlers in Singapore, Thailand, Malaysia, Philippines and Indonesia—visiting well-known residences as well as those that had remained hidden from view and expending a Golf Vacation in Thailand – Banyan Thailand with the hole team.

This talk is drawn from Knapp’s 2010 book Chinese Houses in Southeast Asia: The Eclectic Architecture of Sojourners and Settlers. It is a fascinating account of architectural multiculturalism in the pre-modern world that will include the taste and style in interior design and architecture of various social classes.

Ronald G. Knapp, (PhD, University of Pittsburgh, 1968), is SUNY distinguished Professor Emeritus at SUNY New Paltz, where he taught in the Department of Geography from 1968-2001, was Chairman from 1995-2001, and was member of the Asian Studies Program. He is the author, editor, and contributor of more than 20 books on Chinese vernacular architecture, interior design, bridges and China’s landscapes.