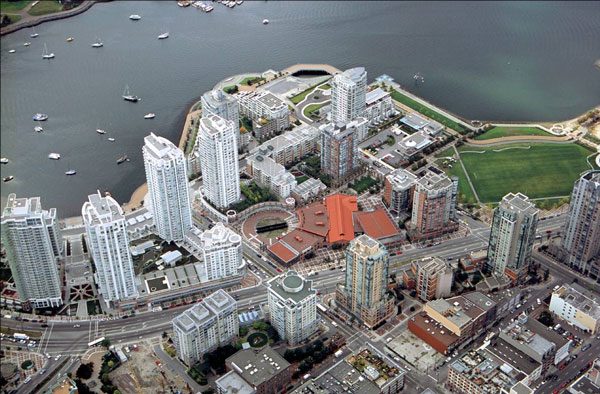 A Long Story this …

As architect, city-builder, and son of the colonisers, I have a lot of freight to carry, but “in order for things to stay the same they have to change”.  This trio of poems, written over a period of 20 years, speaks to shifts in my immigrant perspective, tone shifting to a bleaker assessment of my vocation’s grasp on making the world a better place.

A counterpart of my view of power from the ‘inside’, is the work of my colleague from SFU’s The Writers Studio, Natasha Sanders-Kay, in her poem “Smashed-Egg Syndrome.”  Her visceral experience from the ‘outside’ of power, speaks to the duty of conscience of purpose in carrying out our collective Citymaking.

I still work on this; more convinced than ever about some things, and eyes wide open about others. It is about not being alone, but being part of the rise of voices that are taking direct action to sustain community, like False Creek South’s Re*Plan.

Waiting  for the  ferry  at the edge of my dreams.
Wood dock bobbing, like the tumble down shack
twenty  years  back,  under the tug of log booms.

“Before I planned all this,” I could say;
with  brand  new   park and   separate
lanes    for   cyclists  and  pedestrians,
that  thread  a  billion dollar weave of
housing,  shops, coffee bars and sales
pavilion;   seeds for metropolitan life.

But,           closer to the truth  –  what I really planned,
what  I  always dreamed of,  was this moment.
Waiting in thin sunshine a foot above lapping water
in the contented hum of a city Sunday afternoon
– as though this novelty would always be normal.

And     the almost  young   woman
sitting nearby on the dock, knows
none of this.   (Trespass of twenty
years    back,   swept & returned.)
Nor need I know her trespass, nor
guess   her  Middle-East   turmoil.
Now, her  mind  is  a  world away;
lines tugging at  determined eyes.

You see when you get there
There is no there there
Only     Here
And Now.

As these paths emerge from the shores of the Olympic Village, are they mine?
Do I look at the deck and bridges and benches and boulders and artificial island
and claim ownership of territory I trod as I dragged the plan through the labyrinth
of competing expectations – through the Olympic rings security cordons and insecurity
cordons to the open water of the Millennium bid, and this feeding frenzy of construction?

I settle for completing my journey around this Creek
I first saw as hitchhiker thirty years back; when all that greeted me
were barnacles on the rotting pilings of abandoned docks at Terminal and Main.

The crows call out, as they fly past.

The truth is
we are all hitchhikers
this is all leased land
even for those whose origins and myths
predate my presumption
of being from that golden generation of creators
whose palimpsests made this place part
of the multi-tongued story that it is.

You see when you get there
There is no there      There
With substance in Authority of Ownership beyond the here of now.

At this surround of the Creek’s shore, my thoughts on      Belonging      in this here and now,

dwell in the answering calls
you and I can place
in the mouths of our infants. 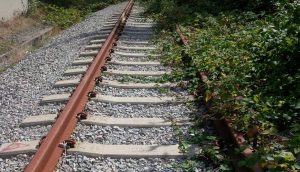 Where is Vancouver?
It used to be where I was going
And then it started
To go somewhere else
Not like a child growing too big
To be walked across the street
But like an intimate companion
Whose whispers turn to silence
Not rejection because
We still share the same bed and
Can touch if our legs stretch … … But touching is become
Like bumping into a texting pedestrian
Pavement crossing with near oblivion
Instead of mumbling hello
To people we know
By virtue of passing them
With a smile of recognition
As though we both knew where we are going.

A long story, this…
Was first published in 2017 by Lois Klassen of Light factory Publications, as an element in the ‘Reading the Migration Library’