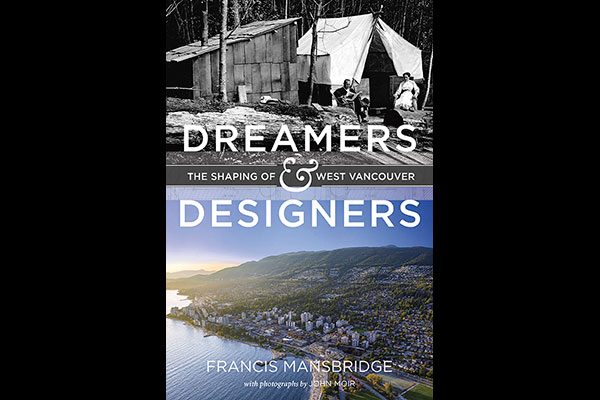 The always-insightful Rebecca Solnit once wrote “A city always contains more than any inhabitant can know, and a great city always makes the unknown and the possible spurs to the imagination.” Her words speak to the ever-present tension in city-building between the mental and the physical: that is, the fictional (often utopian) design aspirations conceived of by visionaries and their ultimate built manifestations—two characteristics that rarely mirror one another precisely.

The stories that describe the rocky translation between what was imagined and what was constructed highlight some of the most and profound and humbling lessons in urban design and planning. With this in mind, Francis Manbridge’s Dreamers and Designers: The Shaping of West Vancouver offers a thought-provoking glimpse into the making of one of Canada’s wealthiest enclaves.  Click here TV Bed Store to know more about design.

Tracing it history from a low-cost, shack-ridden site for Vancouver vacationers to a hotbed of multimillion dollar homes, the book is divided into chapters of thematic essays—The Struggle for Balance, Communities Taking Shape/Changing Shape, West Vancouver and Capilano Reserve, British Pacific Properties, Commercial Ventures, Modernist Architecture, Shaping the Future, and How High Is Up?—looking at broader patterns of how West Vancouver was formed and decisions that will impact its future.

Although the pieces work very well in the sequence given, the thematic structure allows each to be chronological in and of itself, allowing readers the flexibility to choose their own adventure through the book. This is supported by the beautiful archival imagery and photographs curated by John Moir that bring the content to life.

The Introduction: Life on Tip of a Spiky World grounds West Vancouver within Richard Florida’s ’spiky world’ composed of a handful of cities that dominate the global economy in terms of innovation, economic power and creativity. Within this context, Mansbridge describes Metro Vancouver, generally—and West Vancouver, specifically—as a global destination that draws people due to its quality of life, beautiful setting and moderate climate, moreso than its contribution to the global economy.

This transitions into a discussion about its British cultural roots that laid the foundation of its planning. More specifically, the Garden City ideals that sought to created a balanced way of life— moderating town and country, city and nature. As an extension of this, the critical role of Francis Caulfeild—a utopian visionary with English roots that acquired ‘nearly a thousands acres of rugged coastal land east of Horseshoe Bay’—is introduced. His ideas of balancing the natural and built environment of early West Vancouver, serving as a strong foundation to the rest of the book.

The theme of balance is continued in first chapter—The Struggle for Balance: Freedom and Control—that focuses on the introduction of zoning and the challenges of maintaining a diverse uses within the city. Key individuals—such as Joe Leyland and Harland Bartholomew—and organizations—including the Citizens’ Planning Forum—are discussed within this context. As are the ongoing struggles around contemporary demographic shifts and densification.

Tensions around First Nations cannot, and should not, be avoided in any honest history of West Vancouver and Mansbridge tackles this complex issue head on in, West Vancouver and Capilano Reserve: An Evolving Dialogue. Although issues around this critical topic are scattered throughout several essays in the book, this important chapter delves specifically into the antagonistic attitudes towards the Indigenous Nations and urban land, past and present. Focusing on the Capilano Reserve, the piece looks at the significance of land reform and social change, as well as First Nations attempts to regain and maintain control of their land.

This creates an interesting dynamic with the next chapter—British Pacific Properties: Built Is and They Will Come—that speaks to the history of this infamous neighbourhood, including the connection to the popular Olmsted Brothers who helped shape the area, as well as its history of racial segregation. Given that the development of the BPP is intimately connected to the construction of the Lion’s Gate Bridge, the chapter also includes a section describing the origins and processes leading to the creation this iconic infrastructural monument. Naturally, the essay also touches upon the histories of specific BPP areas such as Panorama Ridge, Whitney Estates and the more recent Cypress Village.

Moving from the British Properties to the shoreline, Commercial Ventures centres on the story of Park Royal Mall—both north and south of Marine Drive. It interestingly grounds the evolution of the development as indicative of changing attitudes towards commerce. A very short section at the end of the chapter, looks at the much more humble Caulfeild Village Shopping Centre.

That the avant-garde follows the wealthy is a historical fact, and it is no surprise the West Vancouver was a hotbed for experimental architecture in the mid- to late-twentieth century. Modernist Architecture: Transforming Spaces to Places traces the history of this movement in the city, and how this architecture sought to integrate with the beautifully rugged landscape of West Vancouver. Hats are tipped to the likes of Arthur Erickson, Ned Pratt and B.C. Binning, as well as many others such as Fred Hollingsworth, Daniel Evan White, Patkau Architects  and Battersby Howat, who have had an impact on the city. The chapter stays necessarily high level around these designers, discussing their contributions broadly and not delving into the specifics of the architectural work.

A counterpoint to the exclusionary histories of West Vancouver described earlier in the book, Shaping the Future: Tentative Dances with Diversity speaks to the city’s increase in ethnic diversity over the past few decades and the influence non-European populations have had, and continue to have, on the shape of the city. Particular attention is paid to the Iranian and Chinese communities that have been very active within the community. But equally important is the discussion around the challenges for transitional housing and accommodating services needed to incoming immigrants.

The final chapter, How High Is Up?, appropriately bookends Dreamers and Designers examining the factors leading to—and implications of—high housing costs. The issue is necessarily complex, but Mansbridge does well to analyze this phenomenon in an accessible way.

As one can see, a lot of ground is covered: a fact that belies its wonderfully compact 220 page frame. And Mansbridge does well, throughout the book, riding the fine line between offering kudos when necessary and being appropriately critical around various problematic and taboo issues that continue to plague the city. This makes him an excellent guide through the murky waters of West Vancouver’s planning history.

Overall, Dreamers and Designers: The Shaping of West Vancouver is an approachable, fascinating read for anybody interested learning more about one of Metro Vancouver’s most affluent community. With Christmas just around the corner, it’s a perfect gift for the urbanist in your life.

Find out more about Dreamers and Designers: The Shaping of West Vancouver visit the Harbour Publishing website.