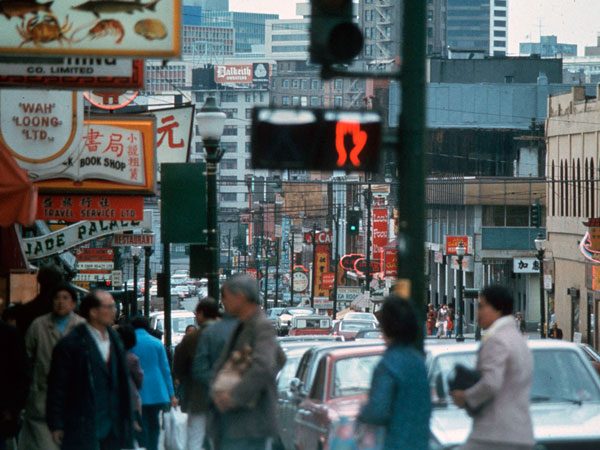 From sausage makers to seamstresses, a set of recently digitized photographs by Paul Yee reveal life in Vancouver’s Chinatown before the neighbourhood experienced a classic case of inner-city decline followed by, depending on who you ask, inner-city renewal or gentrification.

In 2008, Yee, 62, an author, archivist and historian who now lives in Toronto, donated a massive collection of photographs to the City of Vancouver Archives, where he worked from 1979 to 1987.

Thanks to funding from the Friends of the Vancouver City Archives society, Yee’s full collection of photographs has now been digitized.

In these colour selections from the archives’ latest batch of photographs, Yee shows us Chinatown streets of the 1970s and ’80s with their eye-popping signs and textures, and also the life inside shops, up staircases and down alleys.

Seniors, family society clubhouses and blue-collar workers are still present in today’s Chinatown, but they now share the neighbourhood with condos, creatives and consumption that often take advantage of the allure of the historic enclave.

For example, the 188 Keefer condos have an entry that mimics a moon gate, real estate marketer Bob Rennie turned Chinatown’s oldest building into his art museum, and a number of restaurants offer Asian-inspired food and beverages.

Here’s a look back at the neighbourhood Yee captured, which contain hints of the change to come. 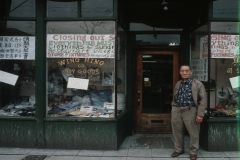 You can read the City of Vancouver Archives’ summary of what’s available in the Paul Yee fonds here.