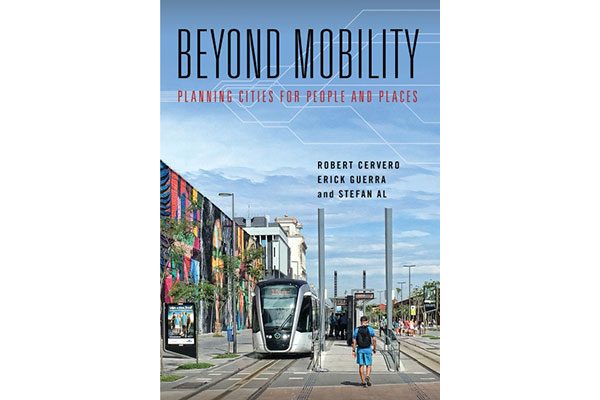 The cumulative consequences of this nearly singular focus on expeditious movement have revealed themselves with the passage of time, measured in smoggy air basins, sprawling suburbs, and-despite hundreds of billion dollars of investment-a failure to stem traffic congestions, to name a few.

We all value living in a city where we can live, work and play. However, this can only happen effectively when urban designers, transportation engineers, policy-makers, and others who influence cities work together. Beyond Mobility addresses big issues in mobility by presenting multiple case studies and narratives to illustrate the work of others and present some research on these issues.

Inspired by the Jan Gehl’s Cities for People (more on Jan Gehl here), this book suggests we plan cities at the human scale, that is, for people. In general, it is for those who would like to know more about mobility in cities. Further, the authors show us how to recalibrate cities for people, rather than continuing to plan for the car. 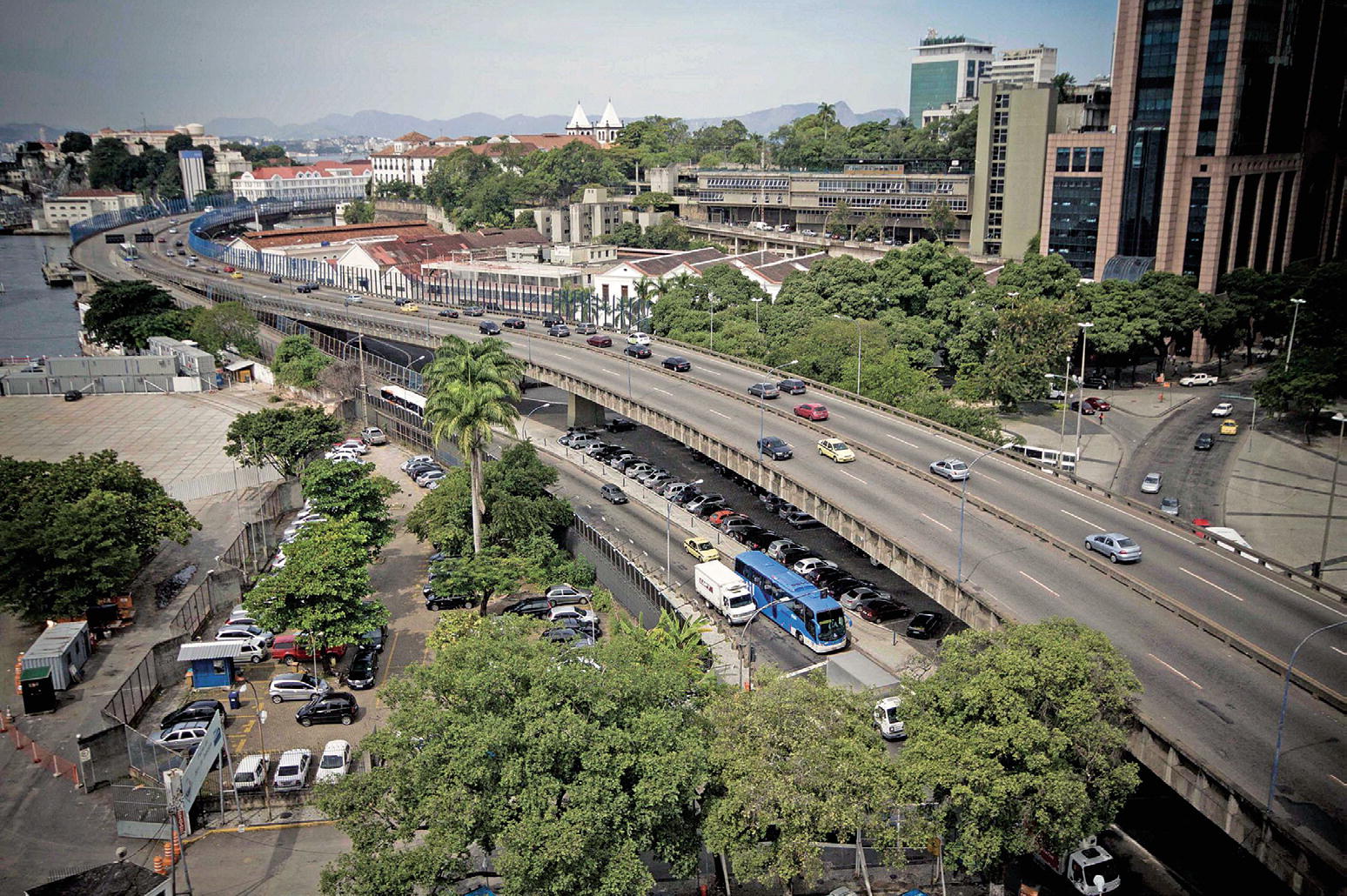 In Part One of the book, the authors make the case for urban recalibration by arguing for better communities, environments, and economies:

Building communities that increase the social capital of others is essential, according to the authors. This can be done through shared space, complete streets, and creating walkable neighborhoods where social equity, diversity, and opportunity are at the forefront.

To sustain the environment and reduce our dependence on oil, they argue that we need to make changes such as decarbonizing transport and cities. We need to reduce pollution and mitigate it through urban recalibration.

In doing so, we will build big-picture economies where transit will become a much better option in our growing cities. This can be done through the focus on lifestyle preferences and incentivizing transit over the car.

Part Two of the book delves into the contexts and cases surrounding the transformation of urban and suburban space. Transit-oriented development and road contraction are some of the methods to achieve this recalibration and urban transformation.

Transit-oriented development (TOD) is defined as the development of a neighbourhood based on the development of rapid transit. TOD has been shown to increase the walkability and livability of an area, in turn increasing the value of homes and other real-estate in the area. Transit can also influence access to community hubs, outline place-making opportunities, and increase market activity in the community. The authors point to a number of examples for successful TOD, including Central Saint Giles in London and The Pearl District in Portland Oregon. 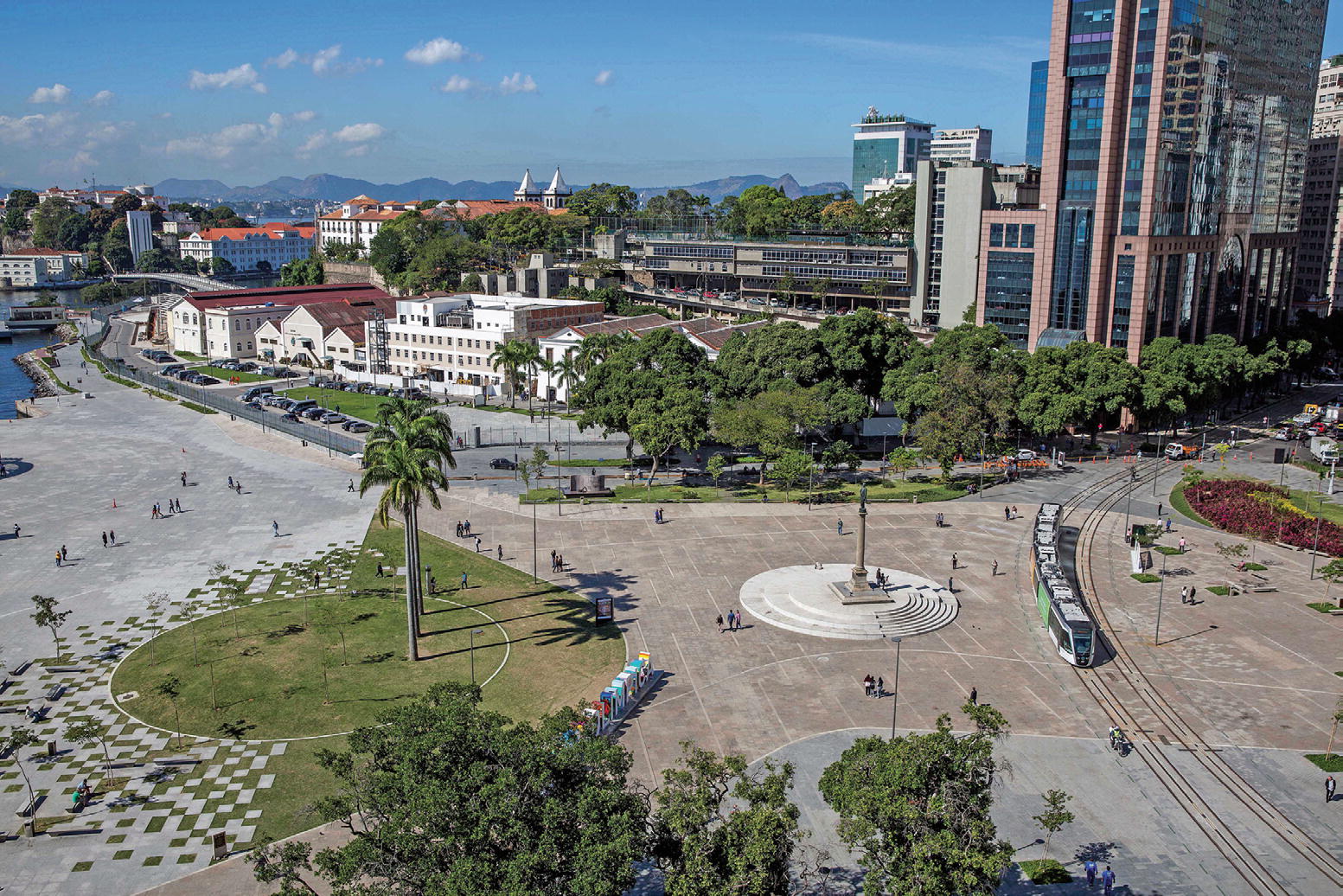 Road Contraction is a form of reclaiming land and reassigning the land for place-making or green mobility purposes. For example, the photo here of Rio de Janeiro’s waterfront illustrates the reclaiming of an urban freeway, replaced by a tramway, pedestrian plaza, and contemporary museum. Other examples of road contraction include traffic calming measures to slow down or eliminate traffic altogether, such as in car-free districts. Some of the most popular car-free districts include Athens, Greece, and Seville, Spain as seen below. Furthermore, the Superblocks Model as seen below shows the change in street design for the purpose of being more conducive to walking and cycling rather than driving, while still giving cars the opportunity to flow through. This model works well because cars are incentivized to stay out of the high-pedestrian and cyclist area since the surrounding roads that can be used at higher speeds. 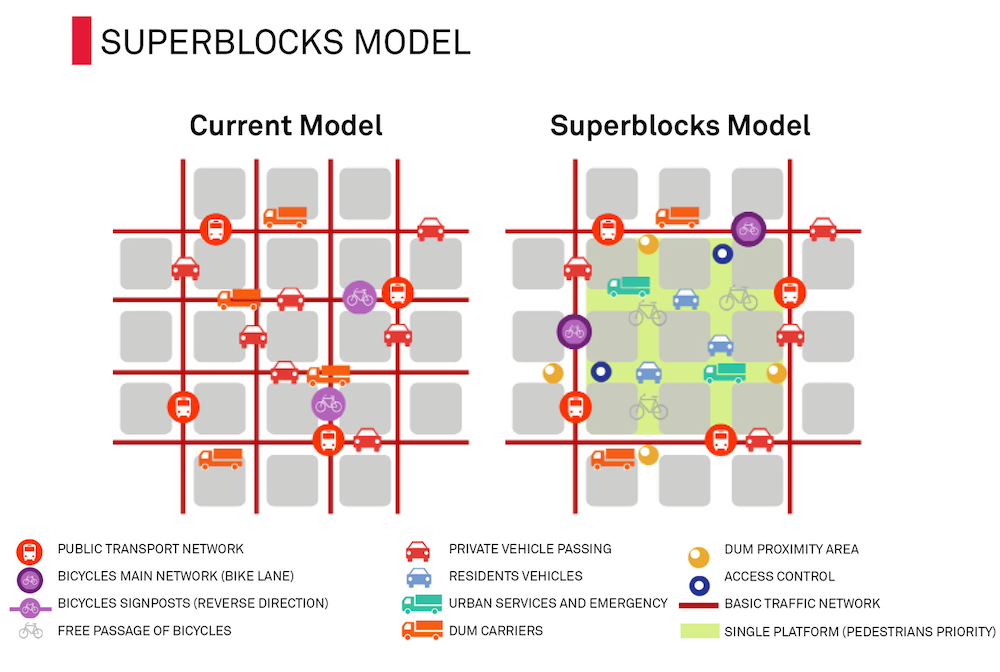 Part Three looks towards the future of mobility in cities and how it will influence and be influenced by spaces such as the global south, emerging technologies, and sustainability.

The Global South, defined as low to middle-income countries, will be highly influenced by changes to mobility, according to the authors. In an effort to reduce pollution and increase air quality in increasingly dense areas, cities have begun to reform their land use integration. For example, improving access in all areas, enabling low-cost housing options, and bus rapid transit are core foundations for improving mobility in the Global South.

Emerging technologies such as ride-hailing and driverless cars will undoubtedly change mobility in cities. Driverless cars are the elephant in the room for all urbanists and others concerned with planning for cities. Despite the optimistic vision of having limited car ownership due to the ability of driverless car sharing, freeing up space that would typically be used for parking, and potentially lowering the cost of goods shipped, there are still some issues that require critical reflection. According to the authors, the widespread use of driverless cars would increase driving by 5-25% and influence more people to get into a car, rather than use more sustainable options such as transit, biking, or walking. With this in mind, people would be further disconnected from public space, and therefore have less social interaction opportunities. There are other pros and cons to driverless cars, but the issue is difficult to cover comprehensively in one chapter. The authors simply touch on this debate.

Overall, the megatrends that are important to consider over the coming years are aging societies, the preferences of millennials, the reality of twenty-first-century employment, job fluidity, accessibility, livability, affordability, and inclusive cities. To anyone interested in urbanism: Beyond Mobility: Planning Cities for People and Places does a great job of explaining each of these trends and urban issues at large. It’s very easy to read and will fill you with plenty of urbanist dinner table conversation!

“Ultimately, to build sustainable urban futures, density and design are integral to success”

For more information on Beyond Mobility: Planning Cities for People and Places, visit the Island press website. There is also a podcast with the authors available for listening.