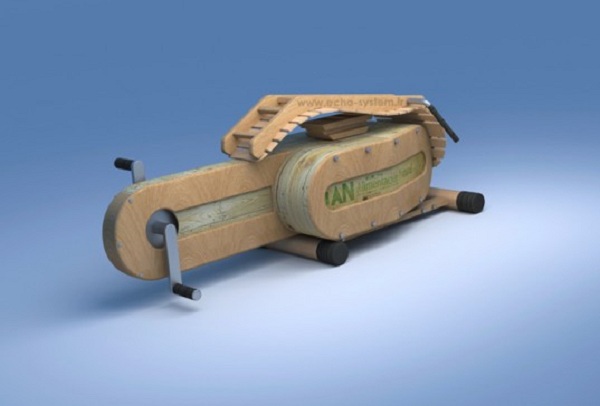 This stationary bike, made from old benches, supermarket crates and bed frames is a part of series of bikes created to generate enough electricity to power a movie projector.

Open Sources – creators beyond the bike – managed to create enough pedal-power to screen a 54-minute film at a festival in France. Only three bikes were needed to power the projector.