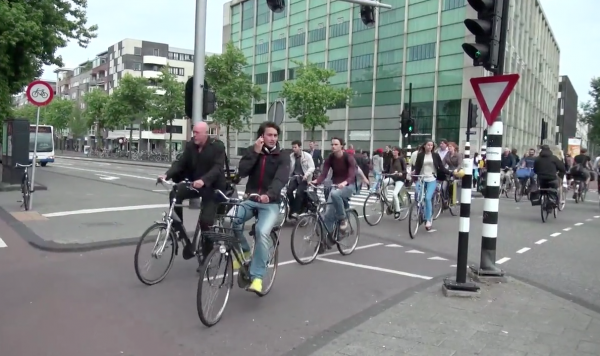 Amsterdam may be seen as a cyclist’s utopia today, but it wasn’t always so. Around the midway point of the century, the Dutch were building their infrastructure mainly for the automobile, just as North Americans cities were (and in many cases still are). But by the mid-‘70s a pushback came, laying the foundation for much of what people associate with the cycle-friendly city today.

Bicycle Anecdotes from Amsterdam is a short film that explores the city’s history and shows how Amsterdam came to be a leader in cycling infrastructure, despite facing many of the same challenges as other urban centres worldwide. It also provides a good look at some impressive bikeways, as cyclists ride elbow-to-elbow with surprising ease. You can view the video below.