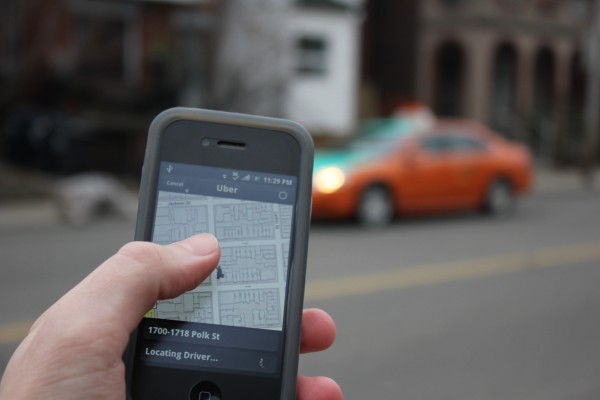 For years now, long term changes in consumer priorities, coupled with the global economic downturn, have driven many innovators to test new business models which focus less on ownership and disposable goods, and more on reallocating existing resources, and connecting potential service providers with potential customers.

This ingenuity is often warmly referred to as “the sharing economy.”

The declining interest in personal vehicle ownership among younger people, and growing interest in more sustainable lifestyle choices, for instance, has inspired a number of alternatives to owning a car. But one of these alternatives is creating a lot of debate, globally, and governments and regulatory bodies are scrambling to catch up with a disruptive new business model.

Proponents of the San Francisco-based Uber describe the service as a smartphone app connecting riders with drivers, while those opposed to the idea call it an unlicensed taxi company. In Canada, the ride-sharing service Uber has been banned in Vancouver, Calgary, and Montreal. Ottawa is pushing back, and the City of Toronto’s licencing and standards division filed for a court injunction against the company.

Some, including Toronto’s Mayor-elect John Tory, have suggested Uber is an idea whose time has come, and governments need to reevaluate the potentially outdated regulations that stand in its way. However, major new economy proponents, including the World Economic Forum’s Sharing Economy Working Group leader April Rinne question whether Uber really fits within the ethos of sharing economy as a whole.

“There is a very real risk of the public ‘lumping’ Uber into the sharing economy alongside other companies and platforms that are committed to community building and collaboration with governments,” said Rinne in an email to Spacing.

“In certain respects, the contrast could not be greater. The sharing economy is about new business models and means of exchange that put relationships at the core, and use new technologies to do so in unprecedented ways.”

While Uber does make use of new technology, using smartphone and GPS technology to connect drivers with riders, the company itself prefers to be called a logistics and communications platform, rather than a transportation service.

This distinction is significant, as most municipalities have very stringent policies in regards to transportation services, while smartphone logistics platforms are a new frontier. With this technology, Uber began operating in Toronto, essentially as a taxi brokerage. However, unlike the recently departed Hailo, Uber did not pay the city for a $300 brokerage license.

September, however, saw the launch of UberX in Toronto, a service which essentially enlists entrepreneurial citizens as potential freelance taxi drivers, which may have precipitated the recent legal action from the city.

Autoshare founder Kevin McLaughlin, who sat on the Toronto’s Taxi Advisory Committee, is a strong proponent of car-sharing, and new economies. He says he uses Uber, and that the company provides a great service, but that it needs to work with governments, and play by the rules.

“I’m all for innovation,” says McLaughlin. “I think there’s bucket loads of bylaws that need to be updated, and I’ve been a vocal advocate of changing the taxi rules here in Toronto, because I think the plate system has been bordering on kind of a feudal system.”

That said, McLaughlin worries Uber already has a huge lead in Toronto over other taxi alternatives, simply by gaining a foothold, in spite of regulations. Meanwhile, other companies like Lyft are waiting for the rules to change before launching. This uneven playing field, McLaughlin says, may not be best for consumers.

“We just shouldn’t be bullied by any corporation into changing rules. It sets a terribly bad precedent for any big company to come in and just start flagrantly ignoring the rules or laws until they’re changed.”

Currently valued at around $18 billion, Uber is indeed a major company, and not your friendly neighbourhood grassroots ride share. And maybe that’s the problem. While many of these new business models may have originated with a set of shared principles, valuing community partnerships and sustainable practices, they often make good business sense, and people with deep pockets are taking notice. When shareholders are involved, founding principles are sometimes left curbside.

“Capital seeks out great ideas like water flowing from high to low,” says McLaughlin. “This day and age it’s very hard to stop the flow of capital once it sees a good idea.”

Ultimately, McLaughlin says, people may be less concerned with where their ride is coming from, than they are with quality of service.