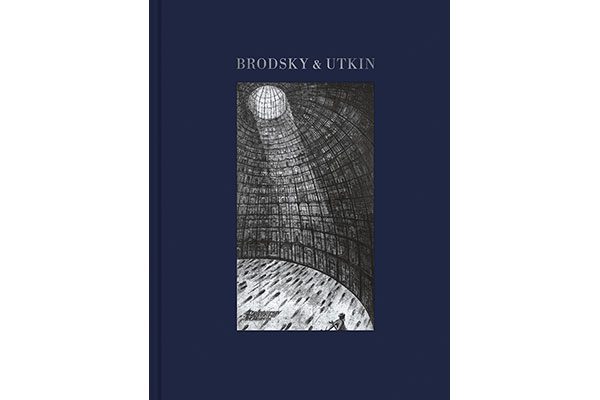 Speaking to his wonderful book Imaginary Cities, author Darran Anderson once stated that, “The ideas that architects came up with are infinitely more insane than science-fiction writers or fantasy writers….a lot of visionary architecture in the past, they all had this idea of being extremely creative and imaginative to the point of appearing almost ludicrous, but they always had is wedded with an egalitarian sense of ‘this is for everyone.’” And one is hard-pressed to find a better description of the works of Alexander Brodsky and Ilya Utkin.

Meeting in 1972, during their first year at the Moscow Institute of Architecture (MArkhl), Brodsky and Utkin’s formative years were immersed in the Cold War, during the Brezhnevian Stagnation—a time of economic, political and social strife. A scarcity of built materials, paucity of skilled labour and unimaginative planning resulted in the creation of a nondescript, poorly constructed ‘functionalist’ built landscape.

Needless to say, these were not good times for those endowed with creative architectural energy and many had to find different, innovative outlets for their imagination. Unrecognized within a regime that was “fundamentally hostile to individual expression”, many architects—including Brodsky and Utkin—were implicitly forced into isolation: choosing to follow the path of ‘paper architecture’ whereby they created visionary proposals for international design competitions, over weekends and evenings.

Amidst this crowd, the works of Brodsky and Utkin stand out as exceptional, harnessing and showcasing their vivid architectural imaginations through beautiful etchings, as access to paper was a challenge. Beyond simply creativity-for-creativity’s sake, their provocative graphics were acts of criticism, commenting on the social, political and physical ills of the time.

Drawing inspiration from a variety of influential graphic artists from the past—such as Giovanni Battista Piranesi, Hugh Ferris and Etienne-Louis Boullée—the striking work of Brodsky and Utkin bring together an eclectic mix of styles towards developing powerful visual narratives. Short written descriptions are integrated into each depiction, effectively mixing text and image.

Despite their renown, books on the wonderful works of the duo are few and far between. As such, Princeton Architecture Press’ 2015 collector’s edition of the etchings of Brodsky and Utkin is their third, after selling out of their 1991 and 2003 editions, respectively. Released to coincide with the exhibition of their prints with the Tate Modern’s Poetry and Dream show, the book includes an updated preface by New York art dealer and collector Ron Feldman, as well as a new, short introduction by architect and Cornell Architecture Professor Aleksandr Mergold. The latter complements the excellent original introduction by Lois Nesbitt—BrodUt and the Precise Perceptions of Memory—that grounds the work within its broader societal and historical contexts, while highlighting its unique contributions to the visionary architecture world.

Bound within an elegant 9 x 12in cloth-covered frame, the book’s focus is on beautifully displaying the thirty magnificently haunting, funny, quirky and provocative etchings of Brodsky and Utkin: something it does exceedingly well through having text and etching on facing pages of a single spread. Visually stunning, witty, and evocative these unique collaborative works are sure to continue inspiring visions of speculative architectural futures. As such, Brodsky and Utkin is an excellent addition to the collection of any architectural dreamer and urban visionary.