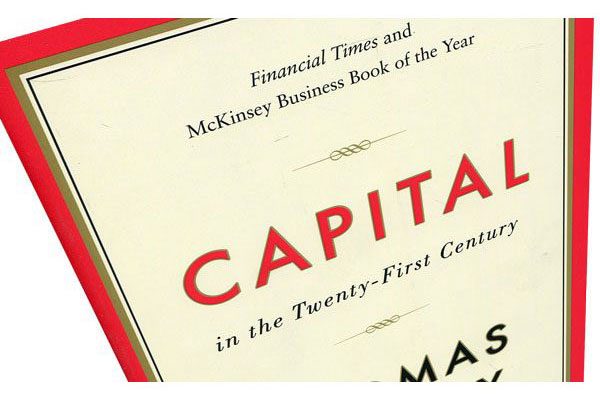 [Editors Note: This is a the third and final part in a series that seeks to connect the insights of Thomas Picketty’s well-known book Capital in the Twenty First Century to contemporary city-building issues and urban planning practices. You can read Part 1 that summarizes some of the larger themes of the book here and Part 2 that questions the typical narratives that condemn the suburbs and tout the merits of the high-rise development here.

The stealth with which the misguided thinking highlighted by Thomas Picketty in Capital in the Twenty First Century makes its way into the everyday is evident in discussions around foreign ownership. Although popular media is intent on making the issue a local one, concerns around foreign ownership are global, with many cities around the world (such as Paris) being quick to lay blame on wealthy foreign buyers for increasing real estate costs.

Terry Glavin’s recent piece in Maclean’s about Vancouver’s foreign-ownership woes is a good case in point, as it speaks to Demographia’s 3rd most unaffordable city in the world. Continuing the ongoing tradition in popular media, the piece incriminates overseas money investment as a main cause of the unreasonably high housing prices in Vancouver. Focusing attention on the interesting analyses done by SFU City Program Director Andy Yan and other local metrics, one of Glavin’s punchlines states: “Within Vancouver city limits, 7.6 per cent of all residential properties are now owned directly by individuals “whose principal residence is outside of Canada.””

A concerning percentage for many, to be sure. But, on top of various detail omissions that ultimately make the overarching narrative of the piece questionable (despite good intentions), by far the largest oversight is that nothing is said of the other 92.4% inside of Canada prosperous enough to buy and/or own property in the city. This is the more disturbing reality; one that speaks directly to the growing wealth divide discussed by Picketty, over and above highlighting the troubling realities—legal or otherwise—associated with people trying to afford such high costs.

According to the Real Estate Board of Greater Vancouver,  in 2017 Metro Vancouver saw the third highest number of housing transactions in the past decade with roughly 36,000 sales of detached homes, townhomes and apartments at a benchmark price of approximately one million dollars. Applying Glavin’s math, for the sake of argument, across the region, just over 33,000 of those sales went to people living within Canada. This is not a number that should be dismissed or ignored.

Such an exclusion in Glavin’s article—as well as so many others that have looked outside local boundaries to explain domestic challenges—clearly demonstrates how blind we are to the growing oligarchy within our midst. Isn’t the latter arguably the most pressing issue worth pursuing—carefully dissecting, analysing and moderating the exploding pockets of all those directly benefiting from the urbanization process—instead of seeking to isolate a minority, despite their contribution to the problem? Perhaps it is easier to enact policies and regulations on a largely vacant minority population than on those who have voices in the room, especially ones that have political clout.

The last century was a time of incredible prosperity, drastic social change and overarching optimism within the Western World. Living through such a period lasting decades, one can easily sympathize with getting caught up in the euphoria and developing unlimited faith in capitalism and self-regulating markets working towards a more equitable society. But if Picketty’s assessment is correct, we are now returning to a “patrimonial form of capitalism” to use de Graaf’s words. One which “..the effort to establish a decent standard of living for all—seems a thing of the past.” And with it, the logic that developed from that system: the one we largely hold and argue for today.

Expanding on de Graaf’s insights, cities—not just architecture—are now tools of capital. And any attempt to carry forward the equality of the last century is going to require a courageous break from the city of illusions: one that focuses less on meeting demand through the supply of bigger and higher buildings and more on how to distribute wealth equitably in a system that favours inequality.