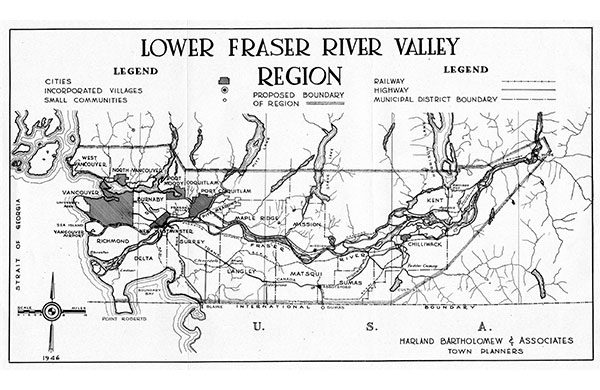 By Way of Conclusions

We’ve come a long way, covering a lot of meaningful ground around the city-wide planning process. Like Lynch over half a century ago, however, we aren’t really any close to answering our initial question of whether a contemporary city plan can be good. “Good” is a relative term, after all, and like the many vague goals of typical city-wide plans, there no real way of evaluating it in the absence of specific criteria.

Within the contemporary context of constantly changing cities, what is ’good’—however measured—would also be a moving target. Suffice it to say that attempting to categorize the merits of a city-wide plan as “good” or “bad”, or anything similar is, in many ways, irrelevant.

What has hopefully become clear is that—even armed with as much modern information and metrics about the city available—the act of city planning, generally, and city-wide planning specifically remains ultimately creative. It’s an act where the subtleties of generating and evaluating options against often imperfect but complex goals have great impacts…impacts that, in light of all the current global pressures, require constantly attempting improvements.

Needless to say, there are no off-the-shelf city-wide planning templates that one can import without modification. Although certain historical precedents may help broadly, each city is unique socially, environmentally and economically—born out very particular circumstances. As such, comprehensive objectives and alternatives must address local challenges such as health, safety, economic segregation, homelessness, affordability, choice, accessibility, aesthetics, growth, decline, and identity, to name just a few.

Clearly stating goals and creatively developing options that can be systematically evaluated against distinct criteria will bring us far in taking away some of the frustration around the city-wide planning process.

Procedural issues are just one potential obstacle to stronger city-wide planning, however. Too frequently, the whims of political tides, as well as misplaced social and cultural beliefs, lead to decision-making errors. Still, being more intentional and comprehensive about our intentions will certainly help in bringing to light biases for questioning.

It is as clear now as it was in Lynch’s time, for example, that relying on market forces does little to make better cities, as it ignores larger community concerns in favour of individual gains and simply adds to the already growing inequality that is fracturing our contemporary cities. Strong planning processes can bring these issues into the open and start a meaningful discussion.

Other difficult questions also deserve to be asked about the process. For example, are the assumptions embedded in the word “plan” getting in the way of approaching cities in a more comprehensive way? Other words, such as “strategy,” “program,” “blueprint” or “road map” seem to better embody the open-endedness inherent to urban landscapes.

Similarly, how is a municipality to approach city-wide issues that require immediate attention? The processes outlined in this series are strengthened by patiently filtering continual feedback and are necessarily slow. But emergencies arise—from housing affordability to environmental degradation—and how to quickly deal with these issues in a way that doesn’t negatively affect other aspects of the city-wide system remains a mystery. This is also related to issues around innovations, such as how to allow for experimentation and piloting new city patterns.

Other important questions include: To what degree do we need to codify regulations versus leave them more open-ended? Is it possible to create an approach that allows for the release of some ‘planning’ control, allowing aspects of the city to evolve bottom-up?

On a related note, to what degree should specific populations inform larger city-wide decisions in the absence of a greater understanding of city systems? Should an education component be mandated as a part of public engagement processes? How can informed decisions that move beyond narrow interests be made by people who don’t necessarily understand the full implications of their choices? Do contemporary planning departments propose public engagement processes that are expansive and un-focussed in order to intentionally avoid asking the difficult, obvious questions and facing the hard challenges faced by the modern city? If so, how can this be corrected? These are just a few issues that need to be reflected upon critically in the immediate and near future.

That decisions around city-wide planning are complex and outcomes unpredictable is a reality of the contemporary world. This highlights the fact that municipalities must embrace the courage and creativity involved in attempting to improve our urban landscapes. Doing so with patience and care is sure to pay off in the long run.