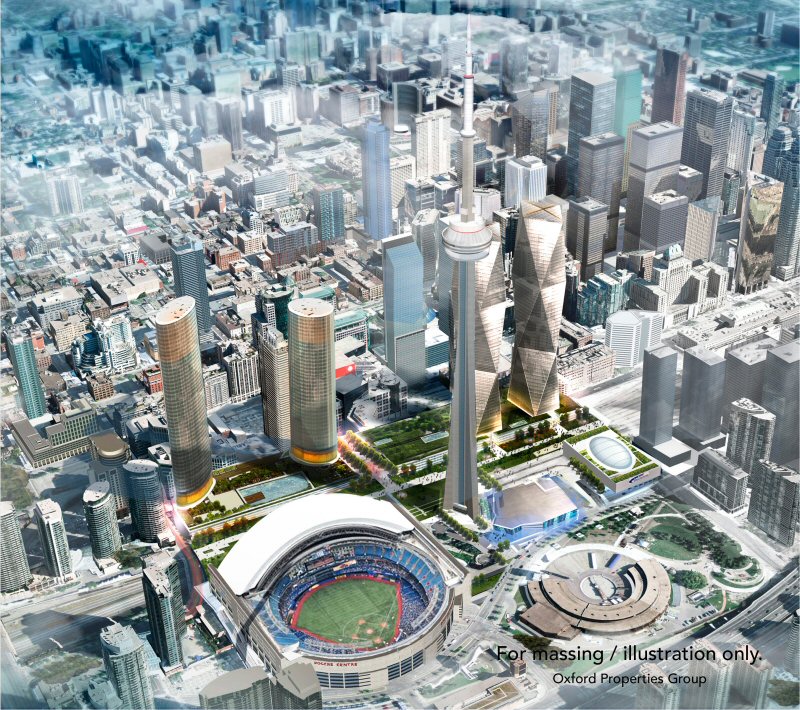 The Globe and Mail reports today that Oxford Properties, the large developer that owns the Convention Centre and adjacent land in the middle of downtown Toronto, is aiming high with its redevelopment plan. They are proposing two high-rises that would top 1,000 feet.

I have two points on this. One, if anybody should build truly super-tall skyscrapers in Toronto, Foster and Partners are a good choice. And two, it’s not going to happen.

Foster is one of the great corporate architects of our time. He has built a massive office that  produces large and high-quality buildings around the world, with great technical facility and some of the artistry that made him a cultural force 40 years ago. The Hearst Tower in New York may be the best skyscraper of the past generation: formally expressive, spatially interesting, and (so I read) very well-planned and well-detailed. It is also LEED Gold certified and (by North American standards) genuinely green, with operable windows, energy conservation techniques and rainwater collection. So: If someone’s going to design megatowers here, we could do worse. 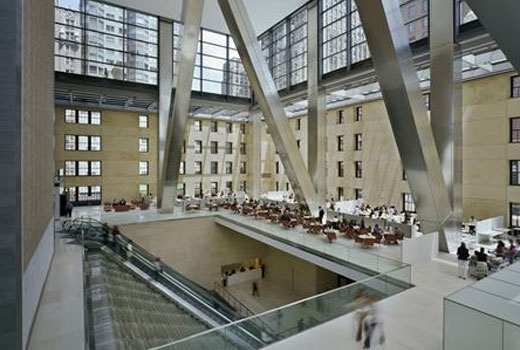 There’s that Gherkin thing, too – which, despite its UFO-like incongruity in London’s medieval heart, is quite brilliant.

Foster even have Toronto connections. They have collaborated with Toronto-based firm Adamson Associates, and Foster is already working here, master-panning a massive 13-acre site in the Port Lands, as I reported in 2011.

So why am I skeptical? One, for the obvious reason: building on this scale is risky. Profitable, if it works out, but potentially catastrophic if the demands of selling a massive project take too long.

And two, because the developers Oxford Properties are clearly floating trial balloons rather than solidly costed ideas. Attempting to force the city’s hand on the question of a casino, and showing pretty pictures of a dramatic park suspended over the rail corridor that is never going to be built – these are the tactics of people with a game-changing property at a pivotal moment, trying to see how far they can stretch the city’s planning regimen and its ideas of how to build a city. 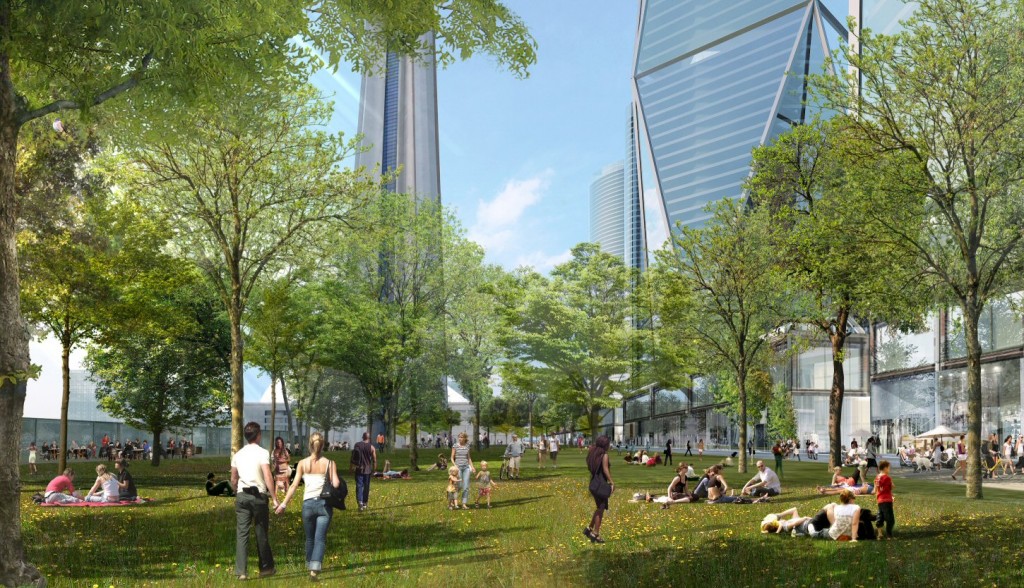 If any of this gets built in this market cycle I will be pleased. (Except the casino.) The convention centre that exists now is an urbanistic disaster on a site that, now, deserves better.

But don’t be surprised if these images shimmer and vanish, mirage-like, and reveal a more modest reality.