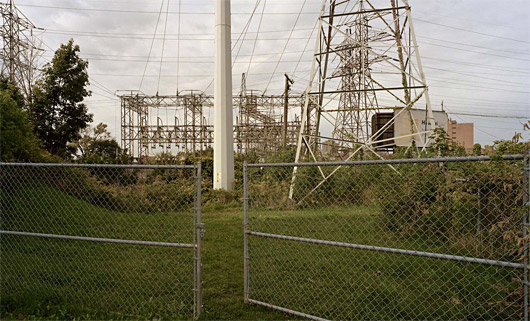 Architects and urban designers, have a look at this: The Green Line, a new urban design competition for a leftover site in Toronto.  Specifically it’s a five-kilometre hydro corridor, the area under a set of electricity transmission lines, on the edge of downtown Toronto.

A few locals have compared this to New York’s High Line, which began as a spectacular piece of infrastructure and ended up as a spectacular (and expensive) park. In fact the Green Line, which is an ideas-only competition, does not propose anything so grand; it’s more in keeping with the tactical urbanism that has taken root in American cities, from San Francisco to Detroit, during this economic downturn.

This form of activism-slash-design ranges from greening parking spaces to changing vacant lots into temporary retail.

In Toronto, the Green Line would, in a similsr fashion, bring public use to land that has a leftover quality. The context of the Green Line is varied and largely scruffy. Unlike with the High Line, no Frank Gehry buildings will show up next to it. But it’s interest. Take a tour here. 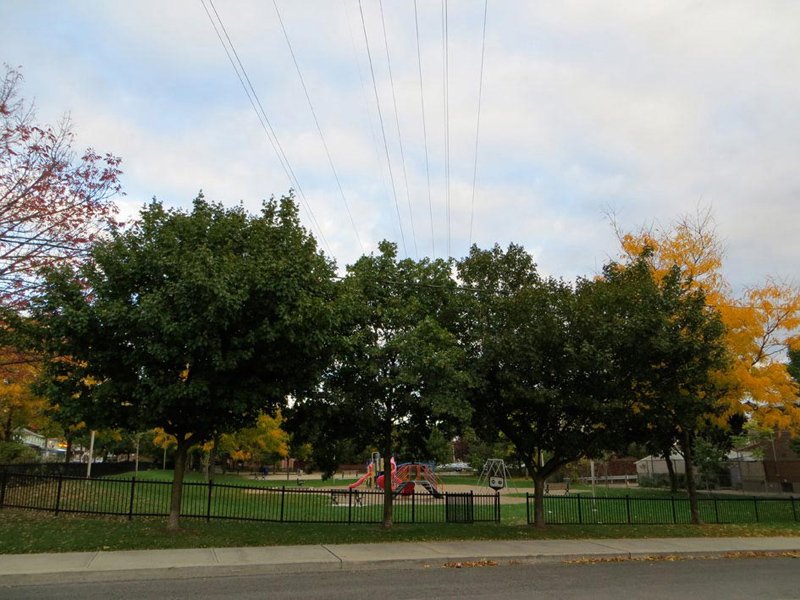 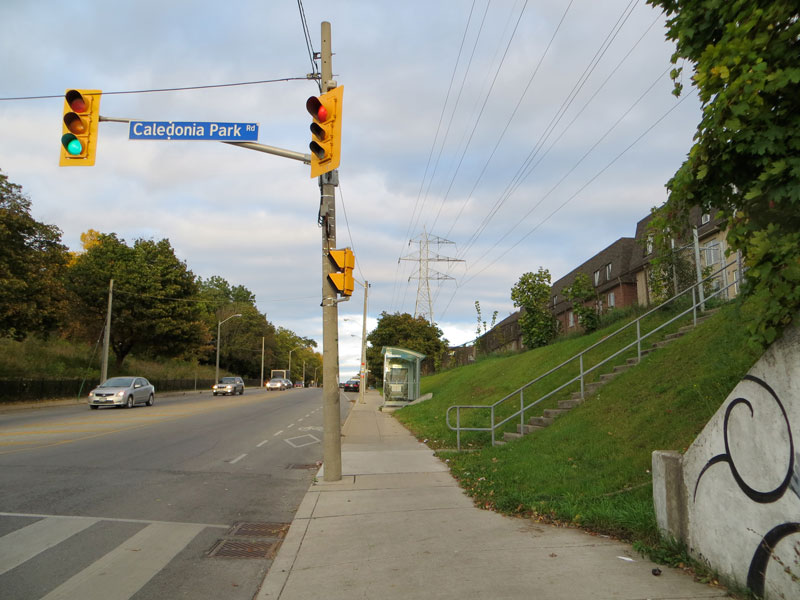 But there is potential here. And the competition solicits buildable and affordable ideas to reinvent the corridor and a road underpass beneath it

From the competition brief:

The Green Line is an overhead transmission line, or hydro corridor as they are known in Canada, in midtown Toronto that is more than 5km (3 miles) long. It passes through a wide range of neighbourhoods, from Davenport Village to the Annex. The Green Line is already well used by local residents. It has splash pads, sports fields, allotment gardens, parking lots and children’s playgrounds, but the spaces are mostly in poor condition and the corridor does not currently provide a continuous physical connection due to grade changes and fencing.

The Green Line crosses interesting and varied territory: the western end starts at Earlscourt Park and moves diagonally through a residential area where it follows Geary Avenue home to an indoor parkour gym, a costume rental warehouse, a karaoke bar, music and photography studios, autobody shops, bakeries, boarded up Victorian storefronts and a former factory now home to many creative industries. For the remainder of its length the Green Line runs parallel to Dupont Street immediately north of the Canada Pacific company’s rail line. The east end of the line, where much of the space is used for paid parking, passes social housing, new condos, George Brown College, a great view of historic home Casa Loma, the Toronto Archives and the Tarragon Theatre.

The Green Line Ideas Competition site is in Toronto, Ontario, Canada but a corridor of overhead transmission lines can be found running through many urban centres in North America. Therefore, the site and competition could be seen as a case study for this condition.. 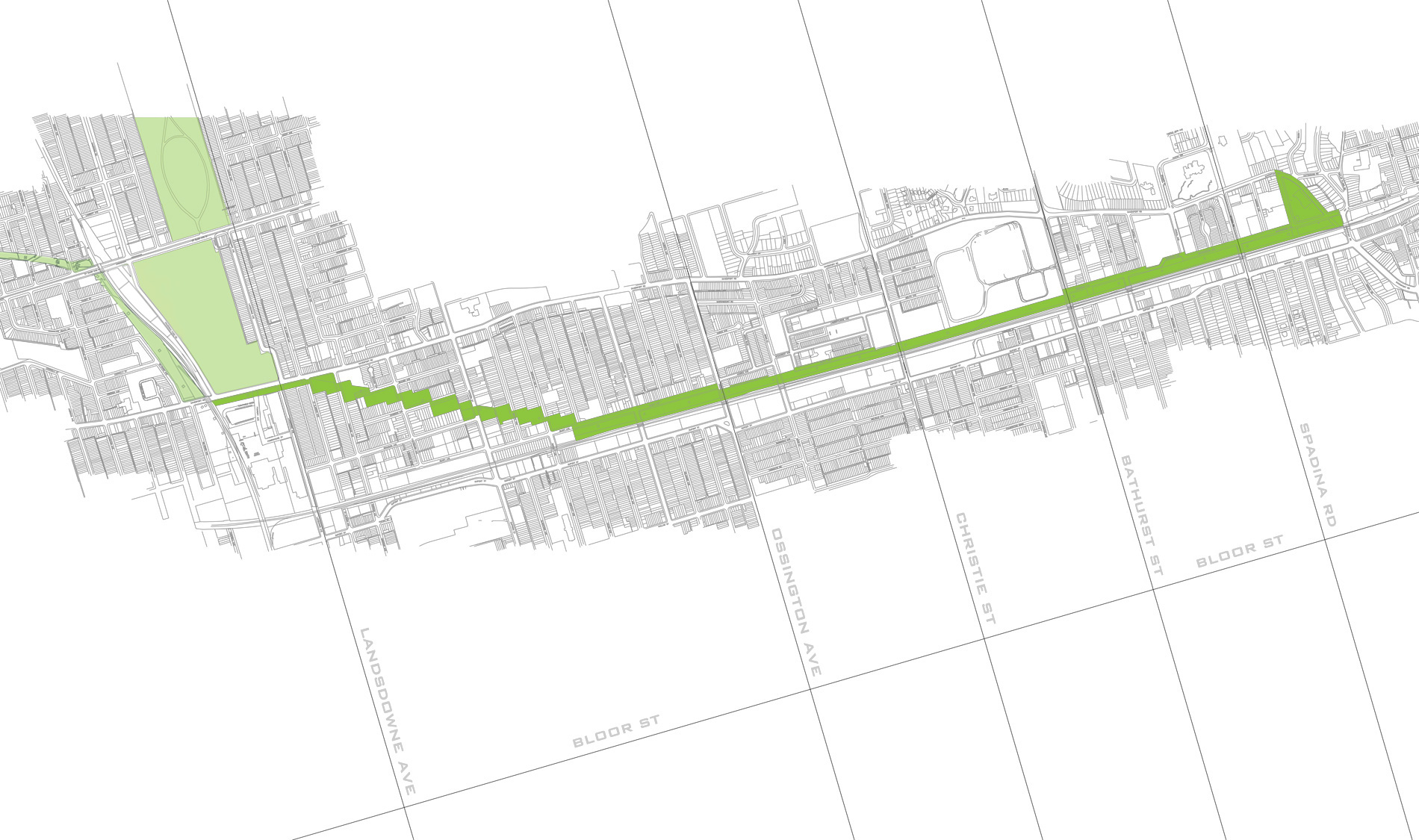 Shawn Micallef has been walking the line and blogging about it.

If the competition spurs real action, that would be exciting. A new Green Line would not be a magnum opus. But Toronto has many more options for small, good parks than we do for large, expensive ones.

More to the point, big plans can end up going nowhere. The federal government has now reclassified Downsview Park – the largest “park” in Toronto, and once the subject of a winning design by Bruce Mau Design and OMA – into a piece of real estate.

Given all that, and given the dysfunctional state of Toronto’s local government and planning, I’m pleased to see such an interesting and plausible initiative go ahead. this seems like just the right way to bring local design talent to bear on fixing the city. Let’s do it.

Congratulations to the folks at Workshop Architecture, and their partners,  including Spacing, for moving this along.  (Note: I’m not involved in this project personally or through Spacing.)