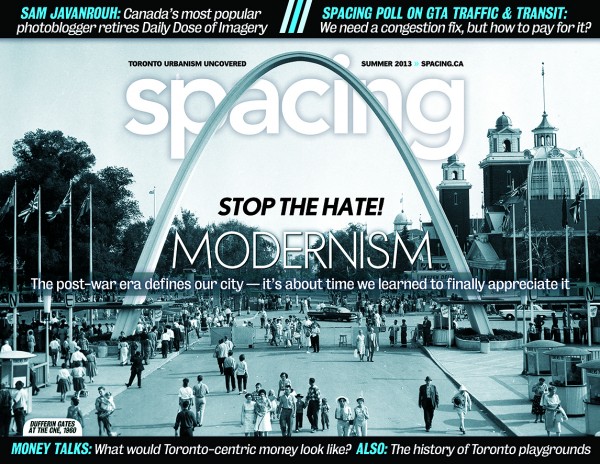 The post-war era defines most of the architecture in Toronto — it’s about time we finally started to appreciate it. And you can do that by showing up to our 28th release party to get your hands on a copy of our newest issue. 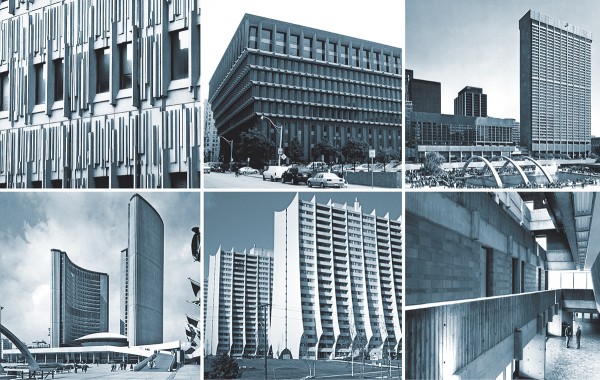 In the Summer 2013 issue, our contributors explore a variety of topics related to Modernism and its affects on Toronto’s urban landscape. As Senior Editor Shawn Micallef writes in his essay on Toronto’s mod architecture, “To stand in the middle of Nathan Phillips Square today, after its recent renovation, is to realize how all of Toronto’s Modernism should be treated…. This is how all buildings — the old and not-so-old ones — should be revered: with love, a facelift every couple decades, and some new accessories that give a nod to the contemporary but maintain the building’s inherent style. Yet many Modernist structures in Toronto don’t get this treatment. So much has been left to crumble and fill with debris. The details that made modern spaces and buildings space-age-fantastic have been untended: artfully placed recessed lighting has been left burnt out or smashed in, and extinct fountains are now dry pits collecting detritus. As well, thousands of exquisite Modernist bungalows on residential streets — the era’s equivalent of bay-and-gable Victorians — go unnoticed by most. It’s no wonder Modernism is not universally loved.” 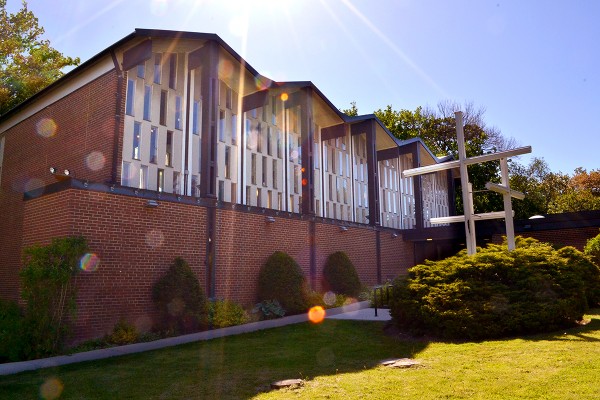 Staff writer Graeme Bayliss examines how churches and synagogues abandoned traditional design and embraced Modernism to attract new believers. Bayliss writes, “The shift from traditional Western religious architecture, with its elaborate ornamentation and utilization of expensive materials, to the generally simple and unadorned Modernist style was not precipitated merely by a change in architectural vogue — after all, when it comes to cultural trends, the sensitivity meter of religious institutions typically operates on a delay of decades. Rather, it was part of a concerted push by religious leaders to shed their elitist image and demystify their practices.” 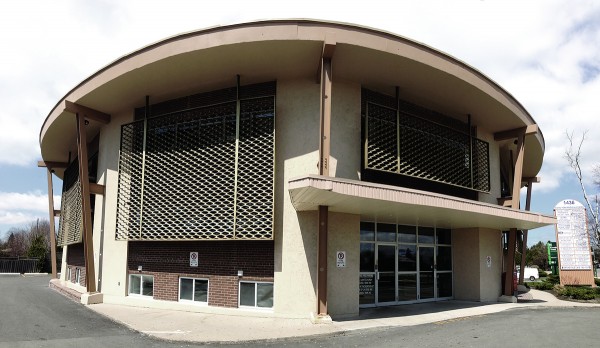 Thomas Wickes looks at how Etobicoke’s growth coincided with the building boom of the post-war era. This meant everything from residential homes to medical centres to gas stations were built in the Modernist aesthetic. He writes, “Today, these areas such as Etobicoke and North York or Scarborough are often dismissed because they don’t impart an ideal sense of place. In fact, they’ve left a legacy we’re still struggling to deal with: low density, poor transit, and a lack of amenities. For better or worse, Etobicoke’s post-war neighbourhoods have come to define these dilemmas. While it would be a stretch to say that all architecture from the mid-century era is of a fine calibre, that doesn’t mean there aren’t worthwhile discoveries to be made. You just have to know where to look.”

Some of the other features you’ll find in the summer 2013 issue:

If you do not subscribe to the magazine, you can sign up on our online store now and receive 40% off newsstand prices. It’ll be delivered right to your home or office. And nothing better supports Spacing than having a large, dedicated group of subscribers.