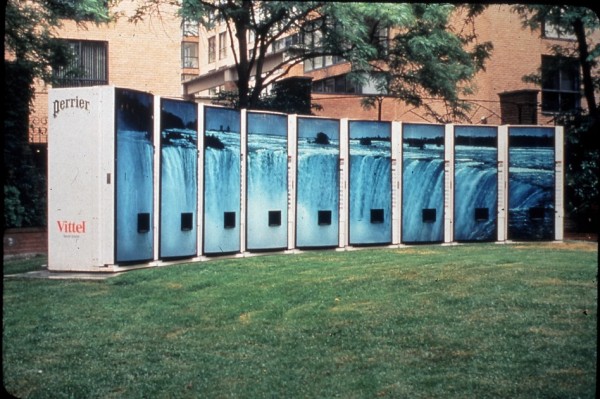 For over thirty years, the Toronto Sculpture Garden was the site of innovative, temporary, contemporary sculpture installations. This small, urban park in the downtown core served as a testing ground for more than 80 artists to experiment with public space and to address issues of architectural scale, materials and context. Originating at a time when site specificity was in its infancy, the Toronto Sculpture Garden became a laboratory that provided experience working with outdoor materials and architectural scale to a whole generation of artists, many of whom have gone on to make significant permanent art works in urban spaces. 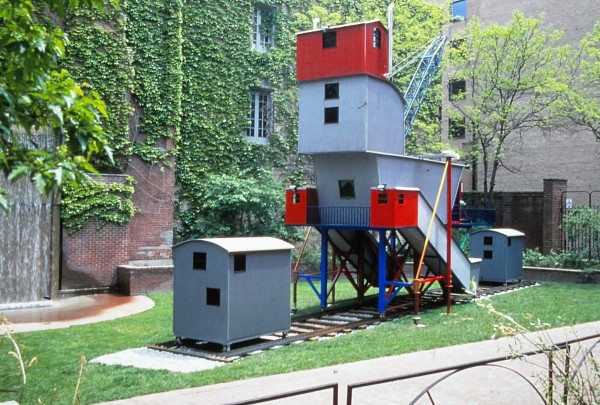 Located at 115 King Street East, near Church Street and opposite St. James’ Cathedral, the TSG was both a civic and a private initiative that opened in September 1981. It was a unique partnership between the City of Toronto, which owned and operated it as a city park, and the Louis L. Odette family, who created a non-profit foundation to fund the exhibitions.

This conversation was important because some of the perennial questions asked by artists, art professionals and art institutions are about how to make arts matter to a broad public and how to elevate the role that culture plays within a community.   We’re always trying to figure out how the arts can become a recognized signifier of a vibrant culture and no longer a superfluous appendage. 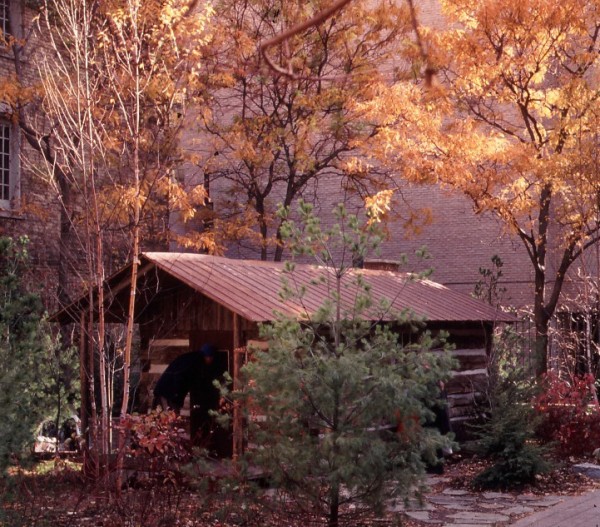 Education – seeing more and learning more about what you’re seeing – has always been considered a key component in that quest for arts recognition. Because we forget that viewing contemporary art is not part of everybody’s routine schedule, art in public places, on the street, becomes the easiest and most immediate way to capture mass attention.   We need more venues like the TSG, not fewer, so the arts can gain traction in the popular vernacular.

In the beginning, one winter and two summer exhibitions were mounted annually in the Garden. Gradually the timetable evolved into one Spring exhibition from May to September, and one Winter exhibition from October to April.   These long viewing periods meant that the artwork could be visited many times and experienced in daylight and nighttime and as the seasons changed. It would often be seen by people travelling to and from work on the streetcar or after church or on their way to the St. Lawrence Market. This allowed people to become more familiar with the work than if it had been shown in a gallery space – because even if you are passionate about a work in a gallery you will not likely go back more than once or twice to see it. And because the work in the TSG was temporary, if people didn’t like what they saw they weren’t outraged because they knew it would change in a few months. People relaxed and didn’t judge a work immediately – and often ending up by liking or accepting it over time. 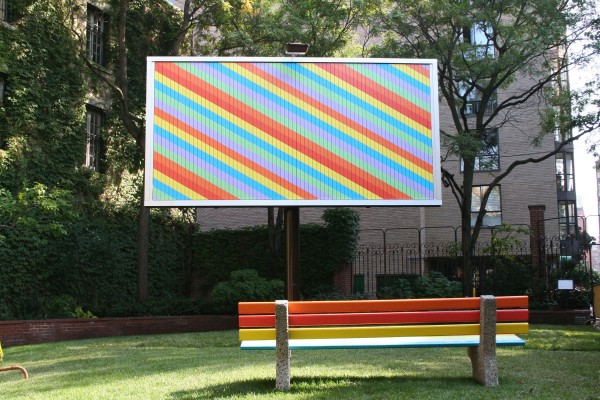 Part of what made the TSG distinctive is the revelation of the process of fabricating and installing the work as this often required weeks of preparation in the park by an artist. For example, in October 1985, the installation by Andreas Gehr required more than 800 hours of on-site construction to build. Given the informality of artist working in plain view and out of doors, the public often stopped to ask questions, make comments or observe the art-making process. This one-on-one dialogue both humanized and demystified the art making process. 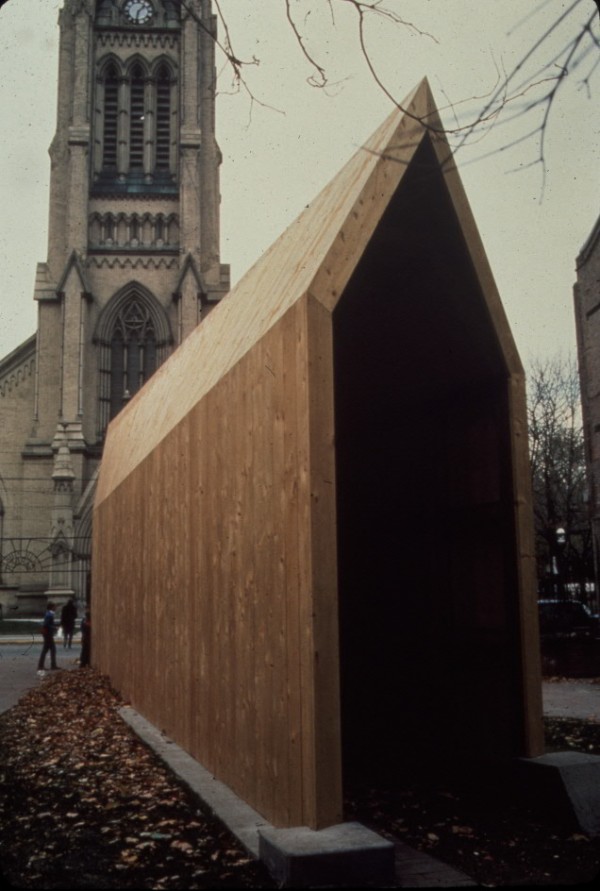 In its history, over 80 artists made site-specific or site-sensitive work that reflected the TSG’s location in the city opposite a cathedral, adjacent to a restaurant and near a thriving market and residential area. They responded to its place in the history of the development of the city and its location in the heart of a commercial and business district and commented on its reality as a man-made piece of nature surrounded by buildings. Their increasing sensitivity to site and context ran parallel to current practices in contemporary art. The volunteer Art Advisory Board that reviewed proposals followed no specific aesthetic agenda but rather was tasked to select the best work submitted over time. It is to their credit that invariably, at each exhibition, someone would declare that the new work their favorite of all the exhibitions. We consistently exhibited quality work, offering various styles and approaches to contemporary art making that were at times quirky, challenging, surprising or satisfying. 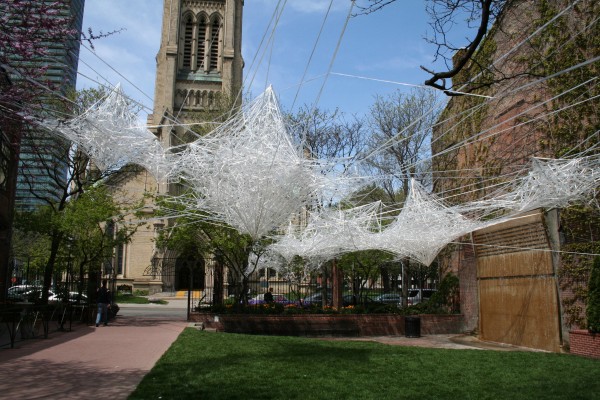 Through sustained viewing, educational information, a mandate of temporary exhibitions and direct access to artists, the Toronto Sculpture Garden is proud to have fostered both familiarity and understanding of contemporary art and to have provided a unique testing ground for artists to experiment with public space.

It has been a terrific 30+ years. Long live the legacy of the Toronto Sculpture Garden!

The exhibition program that sustained the Toronto Sculpture Garden for 33 years came to a close in 2014.  The Garden continues to host work on an intermittent basis, including the current show with new work by An Te Liu.

Rina Greer is a public art consultant based in Toronto and the former Director of the Toronto Sculpture Garden.