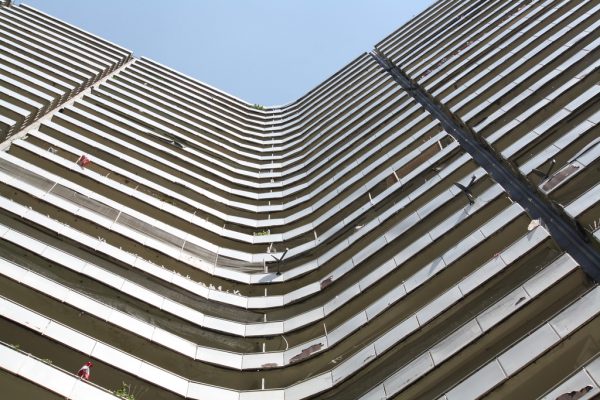 In the days and weeks following the Grenfell high rise fire disaster in London, U.K. last June, thousands of Toronto apartment dwellers placed anxious calls to landlords and City officials, demanding to know if their buildings were safe.

While the combustible cladding suspected to be the cause of that tragedy isn’t approved in Ontario for use as an exterior material, other revelations have emerged in the subsequent months. Key among them: the growing awareness that tenants face daunting hurdles in obtaining fire inspection reports on their buildings.

As the Toronto Star reported, Toronto Fire Service (TFS) officials this week announced that they’d begin using the City’s open data portal to routinely post inspection reports, as well as remediation orders once the work has been complete. “I find it abhorrent that tenants would have to go through a freedom of information process to find out if their building is safe,” says midtown councillor Josh Matlow, who chairs council’s tenant issues committee. “It’s an absurd situation.”

Stung by several recent fire tragedies in its buildings, Toronto Community Housing (TCHC), the city’s largest landlord, has also taken some steps to address its approach to fire safety. As I reported in the summer in Spacing’s series on fire safety, TCHC and TFS statistics show that tenants in Toronto’s public housing company are four-and-a-half times as likely to die in a fire compared to residents of the city generally.

Earlier in the year, TCHC retained retired Ontario fire marshal Ted Wieclawek to advise on updating its fire safety protocols. This week, the agency released an implementation plan [PDF] for an “enhanced” fire safety program, based on Wieclawek’s recommendations.

The 17-point action plan, which will be deployed over the next year, is meant to lead towards the January, 2019, release of the “inaugural annual fire safety program report to [TCHC] Board of Directors according to performance measures and benchmarks, and results of audit program.”

The plan lays out a range of fixes, including improved communications to tenants of the evolving fire safety plan, training for on-site TCHC personnel, an internal audit program, a portfolio-wide “review of building stock and risk assessment” and, following that, bi-annual “risk-based” inspections.

All this is on top of the existing mandatory practice of inspecting each of TCHC’s 58,000 units annually. In the cases where a tenant has hoarding issues, which represent a pressing fire hazard, TCHC and TFS apply a severity score on a 1-10 scale, and will clear the apartment if the rating is 9 or higher. TCHC has also stepped up its building visit-information sessions, with 72 so far this year, up from 60 in 2016, according to spokesperson Anne Rappé.

In an interview this week, chief operating officer Wayne Tuck told Spacing that TCHC will allocate $19.5 million for fire safety measures in its capital budget for the next two years, and $1.6 million from its operating budget, much of which go towards improved fire safety training for staff. He said his goal is to reduce the incidence of fire deaths in TCHC buildings to zero as quickly as possible.

While the fire risk program, which will be presented to the TCHC board at its meeting on October 26, is certainly detailed, some questions remain, especially with respect to the current baseline safety conditions in TCHC’s portfolio, and whether the sums allocated to remedy these risks is sufficient. Absent disclosure about the current condition of TCHC buildings, it’s hard to see how the board, tenants or members of council will be able to assess if progress has been made when the agency’s staff release that inaugural fire safety report in January, 2019.

Spacing submitted an access to information request to TCHC in the summer, asking for the presentation Wieclawek made to the board on July 27 and any data or background reports he used to generate his findings. In a decision notice issued October 4, TCHC rejected our application, citing the provision in the Municipal Freedom of Information and Protection of Privacy Act that provides for confidentiality regarding “advice or recommendations to an office or employee.” Some of the information in the report are also subject to ongoing litigation, TCHC officials added, declining to offer further detail.

The agency also refused Spacing‘s request to do an interview with Wieclawek, noting that as a consultant, he can’t speak for the organization.

On the subject of how much access individual tenants should have to the fire inspection reports of their buildings, Matlow stresses that both TCHC and private landlords need to be proactive about making this information available to residents, especially vulnerable tenants, such as seniors or those with disabilities. As he says, “We can’t just assume people will find the information” on City websites, including the new Rent Safe portal which will become home to landlord licensing information.

Asked if TCHC plans to make its high rise fire safety inspection reports available by year end, Rappe replied: “Toronto Community Housing is working with TFS on a program to promote tenant awareness and education about fire safety. Much of this information will be made available [on] our website; however, our discussions with TFS have not worked to that level of detail at this point.”