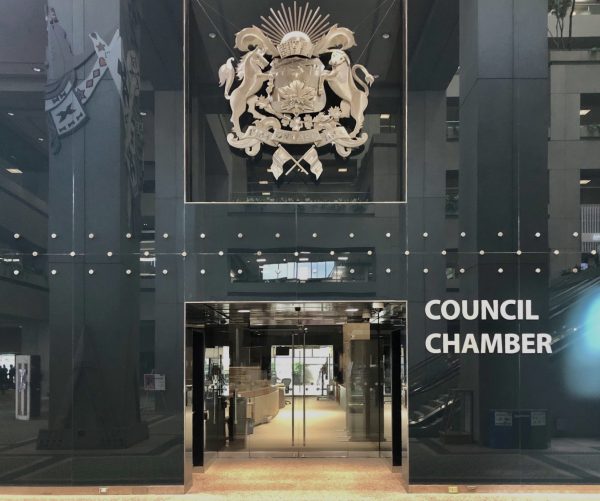 Let’s assume that Doug Ford isn’t going to declare himself Premier-for-life and that one day, we will have another Premier and maybe even a different party in charge at Queen’s Park. What would Toronto ask for? I don’t think we know. But we ought to start figuring it out.

Many of us know how much we didn’t like Bill 5, the “Better Local Government Act,” but for some, the only bothersome part was the disruption of the election. Several councillors have said that they are happy with the new allotment of 25 councillors. If they have an eye on being re-elected, that’s a rational position. To unseat an incumbent who has had the time to build relationships across a ward of 100,000+ constituents, and all the financial support that might generate for a campaign, it would probably take a celebrity candidate.

A presentation made to the Special Governance Committee’s meeting last month documented the reduction in time some things are taking at Council meetings with the smaller Council. Some people understood this as greater efficiency instead of, say, a reduction in deliberative democracy.

We don’t actually know what it means that some things are handled more quickly at Council than they were several years ago. The change might represent the difference between having a Council that has Doug Ford (or Giorgio Mammoliti) and one that doesn’t.

Sarnia has 8 councillors. Surely 9 people can work to consensus? Nope. The mayor created a toxic work environment that was so bad that in 2016 Council sanctioned him and docked his pay. They built a new wall to restrict access between the political and administrative parts of City Hall and forced the mayor to speak to staff only through an intermediary. The sanctions were in place until this past spring.

Brampton has 10 councillors. They approved an LRT. And then voted it down. But has since re-considered it. For now. Maybe.

North Bay has 10 councillors. They have had huge, divisive arguments over policing oversight and its budget, just like Toronto.

Smaller councils aren’t magically peaceful and productive. Bad behaviour for the sake of bad behaviour isn’t welcome, but even with good behaviour, democracy is messy. A diversity of perspective and opinion is good. We make better decisions when we see things differently and challenge each other. Group think, in the name of unity or efficiency, can be deadly.

The city is taking its fight with the province over Bill 5 to the Supreme Court. While some are perfectly happy to leave things as they are if the city loses its case, what do the rest of us want?

Would it be better to have the 47 wards we were supposed to have? I think so, but I also think that’s not our only problem. Bill 5 isn’t just about how many wards we have. When viewed alongside other legislation the Ford government has passed that has reduced or removed the city’s authority to make decisions about housing and transit, it is clear that we need a bigger conversation: What should the relationship between Toronto and the province look like? How should we make decisions? Who should have control over what?

And that leads us to another question: how are we going to figure out the answer to those questions?

This brings us right back to the Special Governance Committee. They currently plan to wrap up work after their November 1 meeting. Their mandate included it “make recommendations to City Council on any further changes to its governance structure.” These things should be decided by more than Council members. What do people want in local government? Is it the same across the city?

In the wake of Bill 5, I think Toronto needs to have a conversation with itself, too. What is the city going to do to bring participation in city politics and access to city services closer to the residents of Toronto? There are limits to how one councillor can serve 100,000+ constituents.

The only other big city in Canada that has an unusually high number of constituents per councillor is Calgary. However, Calgary has community associations and has a rich culture of public engagement. Calgary even has an official public engagement office and policy. They would never accept 47 people over five meetings as an appropriate, acceptable or adequate number for a consultation on a city-wide issue, particularly not on something as critical as governance. When they do consultations, the minimum is one per ward.

Calgary (along with Edmonton) now has a city charter. The charter itself isn’t transformative in terms of the city’s powers and there are no new taxation provisions. But one thing the charter process did was generate a closer, more consultative relationship between the province’s two major cities, and between those cities and the provincial government.

In that context, they were able to negotiate a new fiscal agreement that includes revenue-sharing on a two-year slip-year basis, giving Calgary and Edmonton predictable provincial funding for the first time, though this is being put to the test with Premier Jason Kenny’s budget cuts that have been opposed by both Calgary’s Mayor Nenshi and Edmonton’s Mayor Iveson.

What does Toronto want in its local government? How can we improve public engagement?

When Edmonton wanted to improve its public engagement, it designated the issue a “Council Initiative” and took an entire four-year term to deal with it. It took a year to establish its terms of reference alone. It put in place a process that involved politicians, city staff and residents on equal footing. They ran an extensive set of workshops to identify issues and then had working groups to grapple with how to address those issues.

That’s what it takes.

The process for a city the size of Toronto to have a discussion about what we want our municipal governance to look like, internally and externally, will necessarily be a long and complex one. The Special Governance Committee has it within its mandate to oversee that discussion. One might even argue they are obliged to do so.

The Special Governance Committee should not be winding down. It should get started.