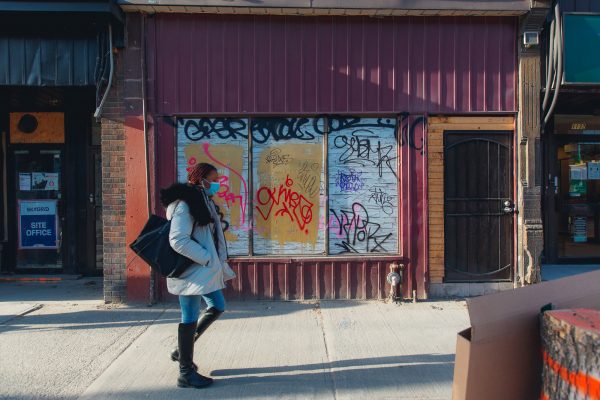 Queen Street West has always been a revolving door of independent businesses. Starting at the bottom of Parkdale, Queen Street is an entryway to the downtown core with a colourful mishmash of fabric stores, live venues, trendy fashion independents, record stores, the whole gamut of bars and restaurants, and a couple David’s Teas for good measure.

But these days, Queen Street is disappearing. 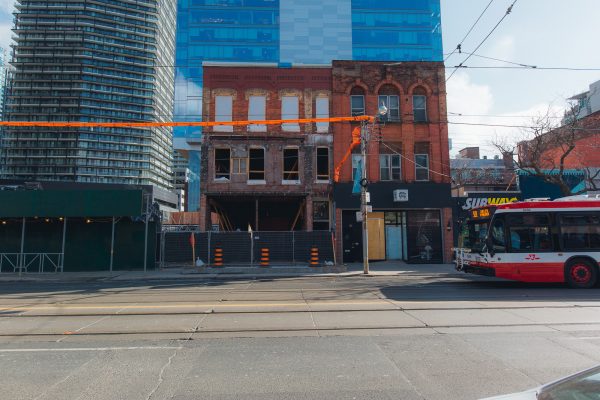 That is to say, it was already disappearing before the COVID-19 pandemic struck Toronto the Great. Due to higher-than-Drake-on-the-CN-Tower rents along the hip Queen West strip, the independent shops had already been uprooting to the more affordable Dundas Street. Then the match strikes. The gasoline is poured. A global pandemic hits. One year later, Queen Street sports a badly bandaged face. A littering of For Lease signs. Swaths of brown paper spanning storefront windows. A mashing of metal security fences. Crude graffiti tags marking the carcasses of long-vacant businesses. Something of an urban tombstone inked in block letters with cheap white spray paint. 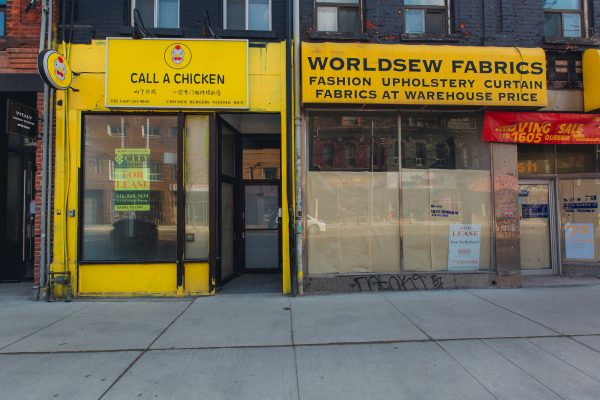 Like many a Torontonian, I love to walk Queen Street. It’s always held an air of creative independence, a delightful collision of art and culture. Where weird is accepted. The charm and stories run deep on a strip like Queen Street West, which Vogue magazine named the second coolest neighborhood in the world just over five years ago. That’s why it’s tough to see more and more businesses disappearing behind For Rent signs.

There are store-sized puncture wounds piercing the woven landscape that is Queen Street. At the beginning of March 2021, I noticed more than the usual number of closed businesses along Queen West. Dozens upon dozens of closed storefronts, sometimes three to four stores in a row. I walked along Queen Street from Parkdale to MuchMusic to photograph every permanently closed business I saw.

This is what I saw. 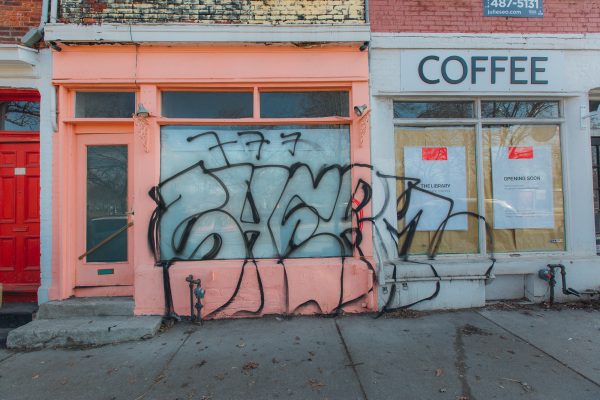 Every day we see the daily infection case counts for COVID-19. The “daily COVID numbers” we call them. What we don’t see, however, is the daily tally of businesses, especially the independent mom-and-pop shops, that are going under. I see Queen Street as a metaphor for all the other independents not just in Toronto, but across Canada, that just can’t hang on any longer. And that number is growing, daily. Here’s a visual representation of one year into the pandemic along Queen Street West.