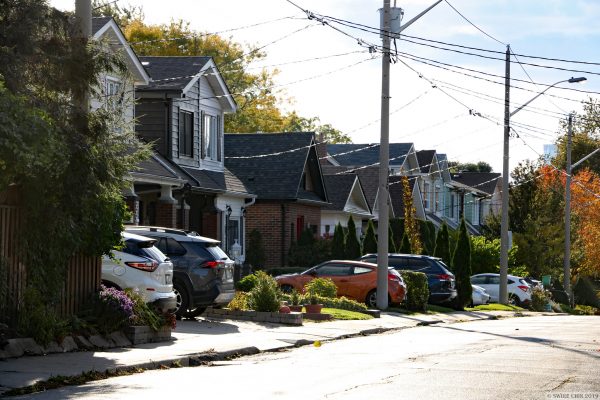 Should residents’ associations be required to register as lobbyists?

This loaded question, as it turns out, was canvassed, sort of, by council about six years ago, when the city was pondering changes to Chapter 140 of the Toronto Municipal Code, a complex 17-page rulebook governing the exercise of influence. The document references not-for-profits and exemptions, but doesn’t mention residents groups per se.

When the staff proposal landed at executive committee in early 2016, Toronto’s residents’ associations reared up en masse to oppose the prospect of being forced to register.

“Resident / Ratepayer groups by their very nature are voluntary organizations and work on behalf of their members dealing with local and/or city-wide matters that may affect them,” the Swansea Area Ratepayers Association wrote at the time. “The proposed amendment would effectively exclude grass root organizations particularly in their formative stages.”

With pressure (lobbying?) duly applied, council punted the question back to staff, who eventually recommended against going there, and instead offered up this anodyne language about what, exactly, constitutes a not-for-profit for the purposes of the lobbyist registry: “A not-for-profit organization is a club, society, or association that is organized and operated solely for social welfare, civic improvement, pleasure or recreation, or any other purpose except profit.”

Today, some not-for-profits register as lobbyists; others don’t. According to a city spokesperson, “residents associations and condo boards are exempt from having to register. [H]owever, if they retain a consultant lobbyist, then that lobbyist must register.” Few, if any, do.

The reason I ask is the occasion of the appeal, launched earlier this spring by six residents groups and CORRA, (the once-storied but now skeletal Confederation of Resident and Ratepayer Association) of the city’s garden suites bylaw, an official plan amendment approved by council in February following a misinformation campaign orchestrated by some of the applicants.

As I reported here last month, the participants weren’t talking about the appeal (to the Ontario Land Tribunal), or even sharing their documents with the media. But last week, their pleadings surfaced, courtesy of the affordable housing advocacy group HousingNowTO.

Each of the applicants submitted an identical appeal, all of which begin with a pious declaration that they do not “object” to garden suites. The two-page document then asserts that the bylaw is “deficient” because it includes no right of appeal, and follows up with a few boilerplate complaints about how the garden suites policy doesn’t conform with the official plan, e.g., by failing to promote “good transition, harmonious fit,” whatever those are.

The key detail here is that council passed this unappealable bylaw because recent amendments to the Planning Act explicitly permit it to do so. In other words, the seven applicants are asking the Ontario Land Tribunal (OLT) — latterly the Ontario Municipal Board (OMB) — to pass judgment on the legality of the provincial planning laws that the OLT itself is mandated to adjudicate.

City sources say this manoeuvre is terra incognito, and I’m left wondering whether the OLT, when it convenes in early June to hear this appeal, won’t pass the buck to the courts. After all, the seven residents’ groups are complaining about a provincial law, not a municipal bylaw.

But let’s come back to this business of lobbying by residents’ associations. While councillors’ offices and the planning department assiduously court residents’ associations, there’s no onus on these groups to be either representative or transparent, especially in terms of their interactions with city staff, members of council or the media.

Only one bothered to reply: Cliffcrest, which said it had 376 members. The population of the Cliffcrest neighbourhood overall, according to city data, was just under 16,000 in 2016. The Cliffcrest Scarborough Village Residents Association, in turn, is relatively new, having formed in 2020 in response to the “growing threats to the unique nature of South Scarborough’s quiet family neighbourhoods” due to planned intensification along Kingston Road, according to Bluffs Monitor. The local councillor, Gary Crawford, opposed the garden suites bylaw.

In fairness, there’s no evidence that the councillors whose wards include these six associations voted in a pattern against garden suites. Some did, others didn’t.

The more important point is that these groups, which can’t be described as representative of public opinion in any way, have gummed up a planning process that would enable homeowners to add these kinds of units to their properties. (Experience from elsewhere, e.g., Seattle, shows that accessory dwelling units like garden suites are mainly used for intergenerational families.) By extension, their appeal further endangers the next phase of the city’s Expanding Housing Options in Neighbourhoods planning reforms, which would enable more duplexes, triplexes and low-rise apartments within residential communities that have, in much of the city, been off-limits to anything but detached houses.

We live in a society where the right to disagree with government decisions is sacrosanct, as is the ability to seek recourse in the courts. But as the insanity of the housing market continues apace, we also need to acknowledge the implications of efforts to frustrate even the most modest of housing reforms enacted by a democratically elected council in conformance with provincial law.

To my eye, the garden suites appeal is little more than a vexatious attempt to interfere with long overdue changes in the way we allocate space in a city that isn’t producing more of it.

These appeals, moreover, are in no way civic-minded or disinterested. The participants are using their economic clout to defend both their financial interests and the lifestyles made possible by being able to afford to live in house neighbourhoods. Residents’ associations may be nominally non-profits, but their members have an explicit vested interest in the outcomes of these council debates, and thus should be required to register as lobbyists.

As I’ve written in previous columns on this issue, garden suites, like laneway houses, cannot be viewed as solutions to Toronto’s housing affordability crisis. Rather, they speak to the reality that Toronto has completely abandoned the cause of achieving any measure of geographical or spatial equity. Its vast house neighbourhoods have become invisibly gated communities, and the social consequences to the city are nothing if not grave. Young people will not live here.

At the minimum, council and the public should demand that residents’ associations emerge from the shadows and account for themselves, their tactics, and their goals.

photo by Can Pac Swire