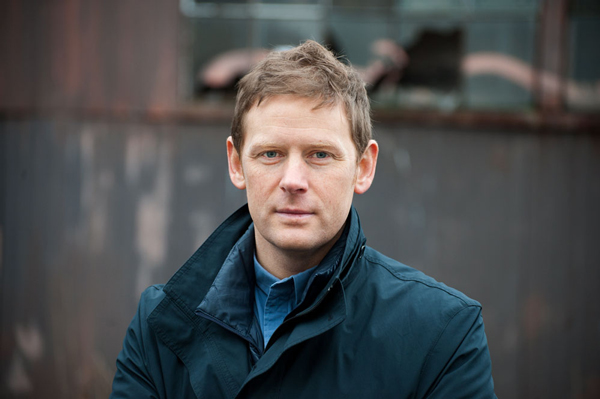 Charles Montgomery is a man with an obsession.  He’s spent years investigating the link between cities and happiness.  Montgomery’s findings have culminated in his most recent book, Happy City, where he asserts the design of a city can either boost or break the happiness of its inhabitants.  The design of buildings, roads, neighbourhoods, and other city components influence how urbanites travel, where they pause, how much spare time and money they have, and even how they interact and regard others.  In this interview with Spacing Vancouver’s Liz Vossen, Montgomery reveals a sampling of what he’s learned from his infatuation with cities happiness and urban design.

Spacing: What is a happy city?

CM:  A happy city is one that meets the core psychological needs of the people who live there.  Informed by psychology, brain science, economics, and public health, the recipe to societal happiness is a simple list of just seven ingredients:

Spacing: How happy is Vancouver?

CM:   Surveys on subjective well-being in cities across Canada show that our country’s big, rich cities report lower well-being than more modest-sized cities.  In places like Saint John and Waterloo, people claim to be happier and more satisfied with their lives.  Since most people aren’t going to move back to small cities and towns, the question for urbanites is: What can we do to make cities as happy as those smaller urban communities?

Spacing: How does a city get happier?

CM:  Economists have uncovered a strong correlation between happiness and social trust.  When it comes to Canadian cities, the more people in any city say they can trust neighbours and strangers, the more happiness they also report.  The question in Vancouver, or any city, is how can we enable more trust building encounters between strangers in order to bolster social capital?

Spacing: How does urban design influence the happiness of a city?

CM: Particularly when looking at sprawling North American cities, we know that people who live on the edge of exurban sprawl in car-dependant neighbourhoods are less likely to know and trust their neighbours than people who live in mixed-use or denser communities. On the other hand, people who live in residential towers are the most likely to feel simultaneously lonely and crowded.  The answer for designing happiness into cities lies in finding new and creative ways to build moderate density.

Spacing: What surprised you while researching Happy City?

CM: People are not as good at choosing happiness as they think.  People get it wrong over and over again; systematically failing to maximize utility when making decisions on where and how to live.  For example, the dream of owning a home compels some people to move outside the city, where real estate is more affordable, and often means a commute to work.  Commuting results in less time spent with family and friends, and increased stress levels.  All too frequently people mistake the things that will bring them happiness; focusing on material things rather than experience.

Spacing: What effect do you hope the book will have?

CM: I hope the book will encourage people to think about the unconscious effect the city has on their emotions, behaviours, and relationships.  I want people to feel empowered to see their own city as a laboratory, a place that is malleable, that can change; I hope the book reminds people that they can be part of that change.

Charles Montgomery is a Vancouver-based writer and urban experimentalist.  His book Happy City was published in November 2013.